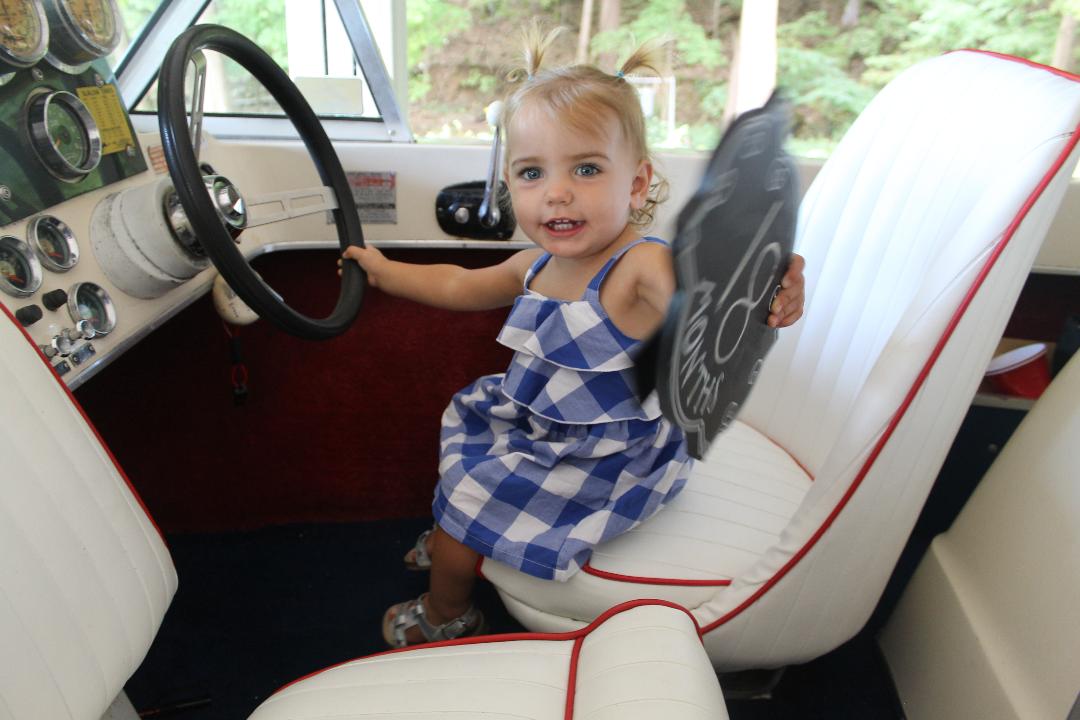 Growing up I was introduced to boating at a young age. We lived on a small farm with a pond and had an older boat with a Johnson 9.9. After that came a standup Kawasaki jet ski as well as canoes and rowboats. My parents afforded my brother and I several cruises to the Caribbean, Bahamas, and Bermuda as well as several Mississippi River and Ohio River cruises on the Mississippi Queen and Delta Queen.

When my parents purchased a waterfront home in Ft. Myers Beach, a boat was deemed necessary. We started with a Ski Doo jet boat, had a few cabin cruisers and ended up with a Rinker 232 Captiva. In the summer of 2011 my wife to be, Heather, and I transported the Rinker to PA as we figured It would get more use.

Our summers are spent mostly on our local Army Corps Shenango Lake, a smaller lake nestled in the Western PA countryside, with a group of friends who all have boats as well. After being Married for 5 years, it was determined our only means to have a family would come through adoption. Anyone who has gone through this process will understand how stressful it can be, however in the end it has proven to be very rewarding. We were fortunate to be matched with a birthmother in Oct of 2016 with a baby girl expected in March of 2017. We got the call to get to the hospital on March 14, 2017 early in the morning and at 2:30am March 15 our daughter, Haddie Mae, was born.

While on a camping trip that Memorial Day weekend, my friend and fellow boater Jess showed me an ad on Craigslist of a 1974 Correct Craft Ski Nautique. The condition looked great from the little pictures on his smartphone. I told him that day that one of us had to get that boat. As chances would have it, the boat was located in our small town of less than 1,000, less than 1 mile from our family-owned business. I thought about it for a few days before deciding to call the owner. I really didn’t need a second boat and I knew my wife would be less than thrilled. I met the owner of the boat, Jim Leas who it turns out knew my father, uncles, and several cousins quite well. 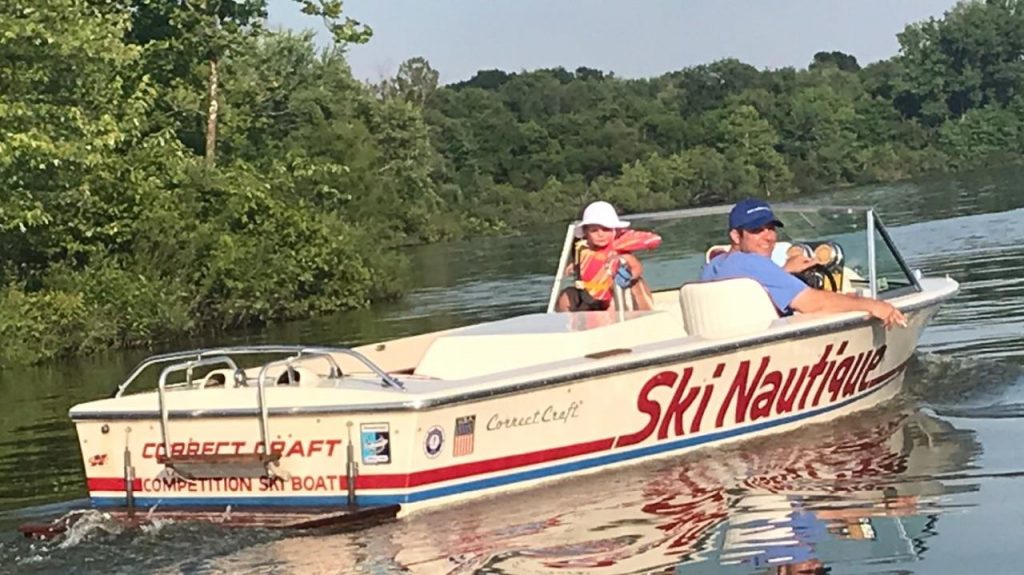 He had purchased the boat in the early 80’s from the original owner who had only used the boat for a week every year at nearby Conneaut Lake, PA. The boat was in great condition for its age. The upholstery had been redone at the Correct Craft factory and new marine carpet and flooring was installed. Everything worked as it should and the Ford 351W 255GT started with one turn of the key. I still wasn’t sold until Mr. Leas asked if I would like to hear it run. After he started the boat I knew it was a done deal as long as I could get my wife’s blessing. After thinking about it I decided that I should buy the boat as a gift for our new daughter. Something she could have her entire life that should hold its value as well as being something she could remember from her childhood. The day I brought the boat home we loaded up and headed to the lake. She was only 3 months old for that first cruise, but she enjoyed it immensely. We try to get to the lake every weekend and usually alternate between the Rinker and Ski Nautique. Her favorite things on the boat so far are going fast and steering at idle speed. As she ages I’m sure there will be plenty of watersports enjoyed as well as great family time and memories which can only come from growing up on the water. With her 2nd birthday approaching I came across the ACBS website and thought she needed to be a member of the society….Haddie is now entering her 4th year as an ACBS member! 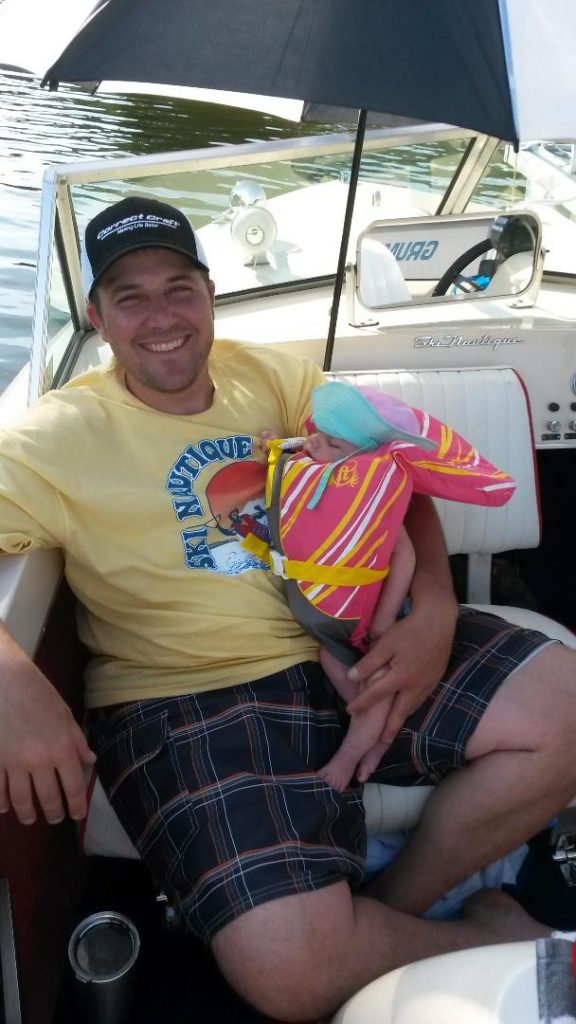