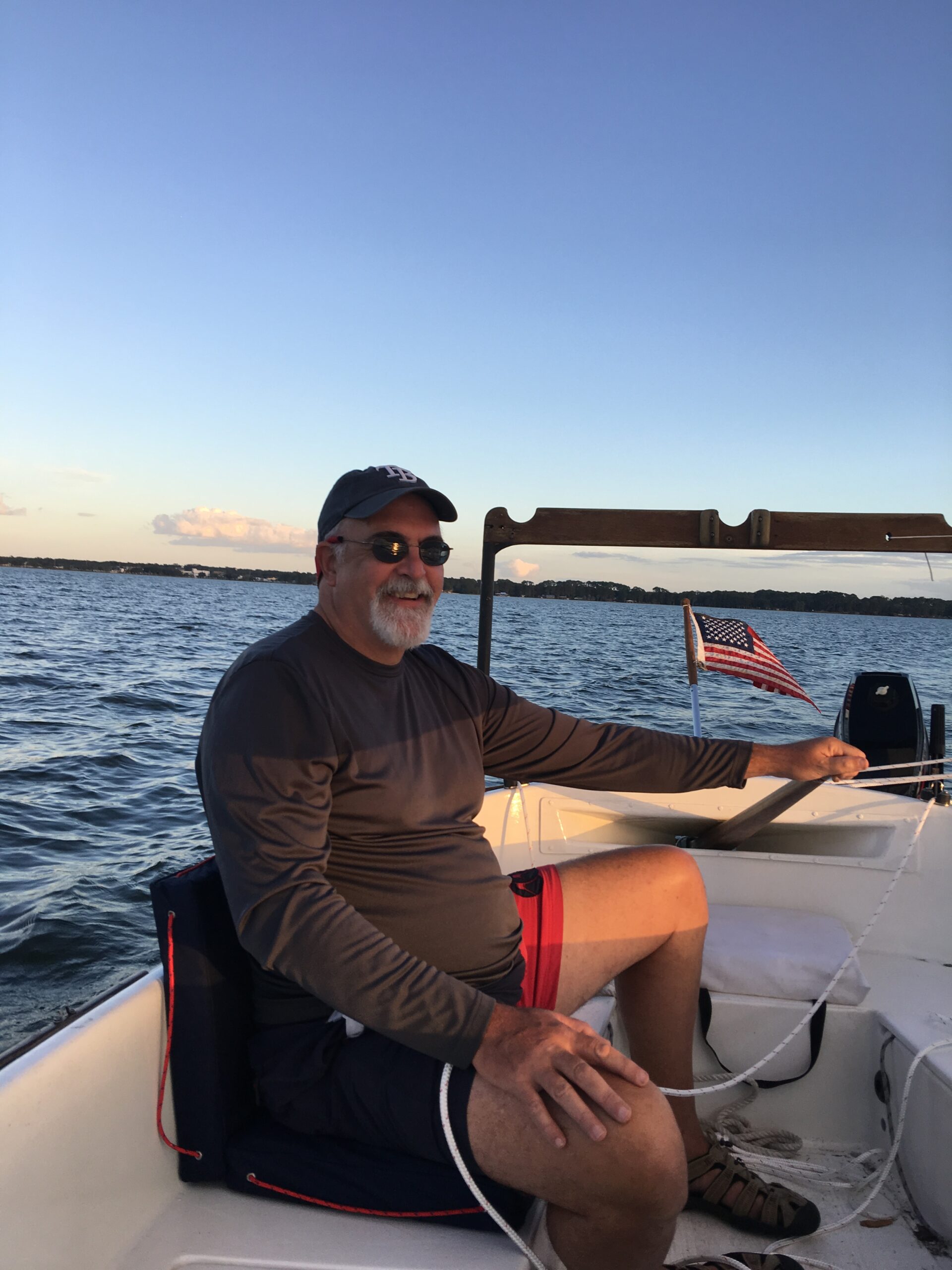 by Greg Walters members of the Sunnyland chapter

I was nervous putting a fiberglass sailboat in the Sunnyland ACBS boat show in 2017. I didn’t know if the other boaters would understand or appreciate how cool a Sun Cat is. The apprehension was alleviated when we first pulled up to our assigned dock space, the guy in the next boat slip took one look and said “That’s a Sun Cat”.

Sun Cats are cool because they have a lot of unique adaptations to Florida waters, they have a legendary creator, they were the basis for a number of successful sailboats, and they are fun and easy to sail. Half-a-Wake is a 1966 Sun Cat. It’s the oldest fiberglass Sun Cat that I know of, and the only one with the optional removable hardtop.

Sun Cat was initially designed and built in wood by the legendary Clark Mills in 1960 for his friends to cruise around the sandy islands in Clearwater Bay and the Gulf Coast of Florida. Based on New England catboats, the Sun Cats are easy to rig, easy to beach, very stable boats.

Clark Mills was a prolific boat builder. He designed the Optimist sailboat in 1947 that has over 150,000 officially registered boats. The Optimist is the biggest youth racing class in the world. He also designed the Windmill sailboat in 1953, which is also still a major sailboat racing class. Clark has a museum of his boat shop in St Petersburg and was inducted into the National Sailing Hall of Fame in 1977.

Clark Mills went on to design the iconic ComPac 16 in 1972, based on the Sun Cat design. In 2000 ComPac started selling a model called the Sun Cat. How many other boat designs come back to life after 40 years?

The Half-a-Wake has unique features: Roller reefing mailsail, twin kick-up bilgeboards, kick-up barn door rudder, flat bottom, boom gallows, removable cuddy hardtop, giant 11 foot open cabin, huge storage, stepped mast, twin mainsheets, and more. You can run a Sun Cat up onto a beach because the bilgeboards and rudder will kick up and out of the way. The flat bottom gives it a stable base when the tide goes out.

With the optional hardtop removed, Sun Cats are very roomy inside. The interior looks like a hot tub. The high boom and gallows mean that even tall people can sit comfortably without worrying about the getting hit in the head.
Half-a-Wake sailed on Lake Eustis, where many sailboat regattas are held. It’s not unusual to see 50-70 sailboats racing on our lake on weekends. I have recently sold the boat to my brother, making this our family sailboat.