Have you been in Mischief? 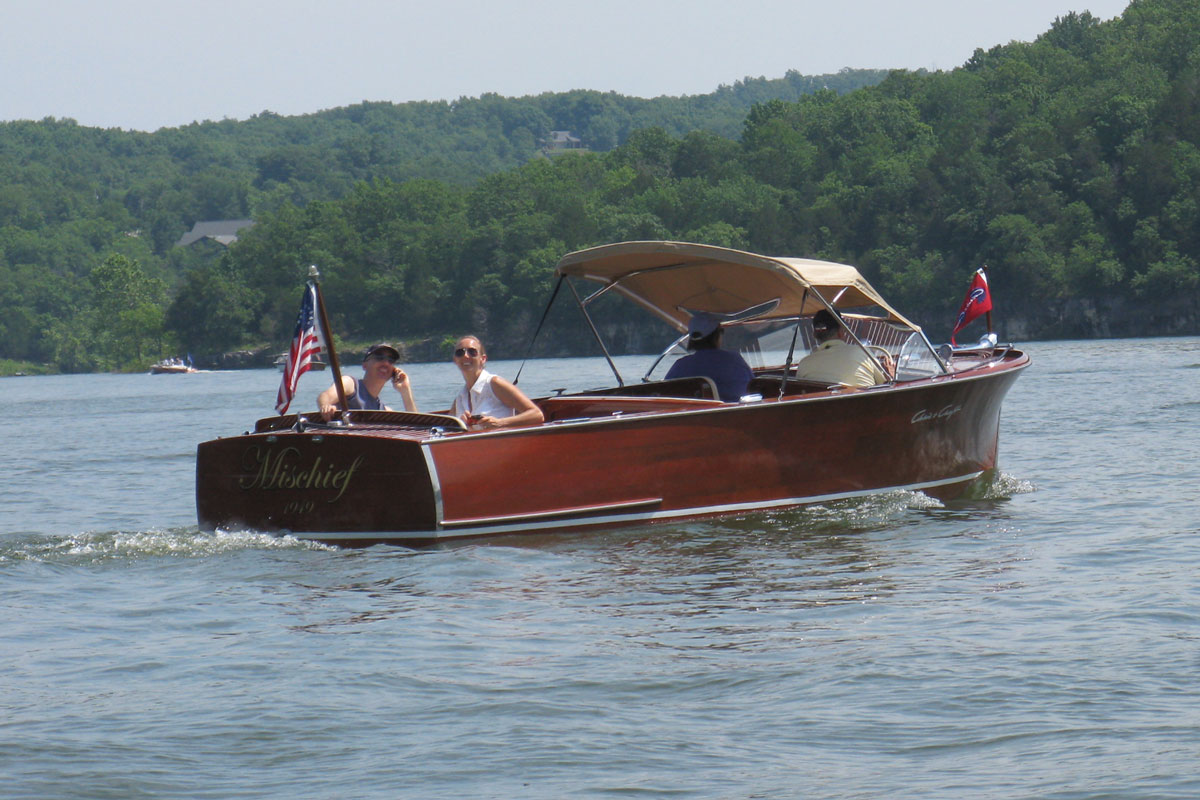 Mischief is a 1950 Chris Craft Sportsman Utility 22′. She is a well-traveled boat having made trips all around the midwest, to Florida in the winter, and Clayton, NY and to cruise the Rideau River in Eastern Ontario in August. Mischief not only is a great boat for the owners but also hosts many passengers because of her great seating configuration.

She is now owned by John and Carolynn Thompson who are members of the Heartland Classics Chapter of ACBS.  Mischief just returned home after having a facelift and is getting ready for the Classics Cruisin’ Table Rock Lake event early in June.

Here is the story of Mischief  as told by John Thompson:

We purchased Mischief in August of 2012 from Jan and Larry Hinton after their 14 years of stewardship, becoming at least her fourth caretakers.

The owner before the Hinton’s, Ed Stidham, found Mischief in a warehouse in Little Rock, Arkansas in late 1992.  Upon seeing the less than water ready boat, Mr. Stidham reports his wife exclaimed —  implying what he had gotten into with the purchase of the boat  —  “You should call it Mischief .”

Mischief was reintroduced to the water on September 10, 1994.  It was originally powered by a 130 hp Chris-Craft motor, but now is powered by its second motor, a 1956 Chris-Craft MBL 158 HP motor.  Among the improvements made by the Hinton’s were the “new” motor, a middle bench patterned off the 22’ Chris Craft Sedan model, and returning the floor and dash to original. 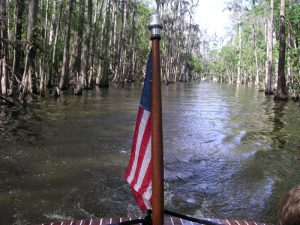 2005 cruise through the Dora Canal, Florida with the Hintons

Tell us the story of your boat.  Or share experiences at the latest boating event.  It’s easy to email the story and attach up to six pictures to [email protected]