The 1941 Chris Craft 25’ Semi-Enclosed Cruiser, also known as the “Green & White”, was introduced as the U.S. boating industry was struggling to recover from the Great Depression. The retail price of $1,695 was nearly twice that of the average automobile, which may have been a bit much for a bare-boned, entry-level boat in the recreational cruiser class, especially one with an interior that in many ways resembled that of a work boat. 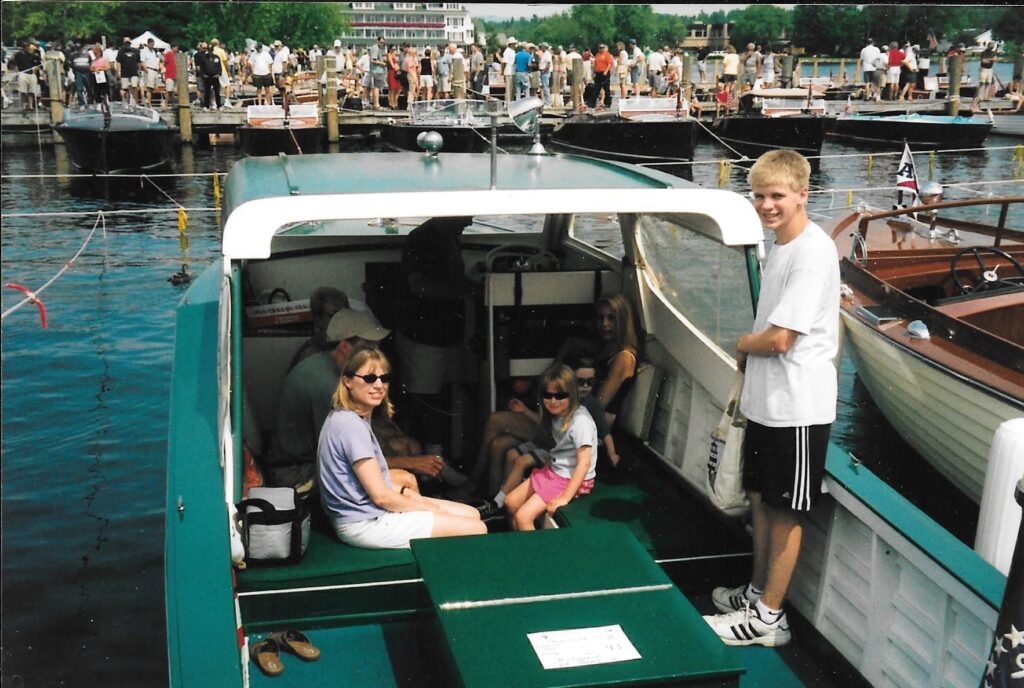 For many, however, this lends to the boat’s considerable charm. The ubiquitous white, exposed ribs, large bench seats and simple flat cushions give the boat the feel of a bright and efficient little seaside cabin. While other boaters stepped gingerly about buffing fine leather and gleaming varnish, the owners of these little cruisers pitched their gear over the gunwale and just had fun. Spacious beyond their size, they offered ample room for kids, dogs, fishing poles, grandparents and picnic baskets, yet remained stable in the water and were still fast enough to pull two cousins on water skis. Watersports were in their adolescence prior to WWII, but for those interested in recreating in the water as much as on it, the “Green & White” was as versatile as a modern-day SUV. 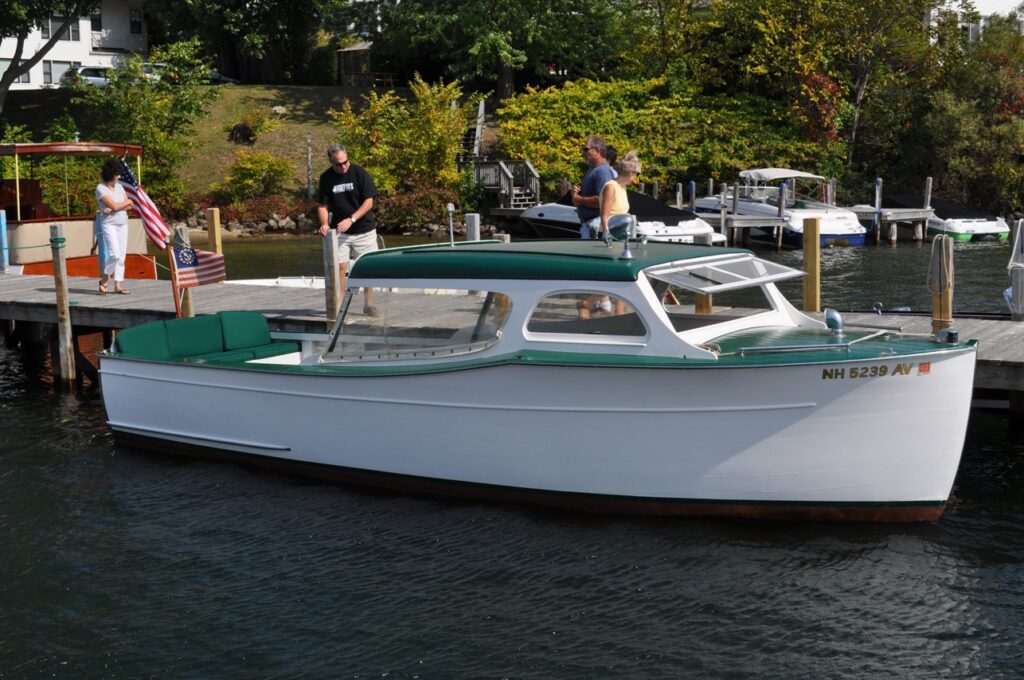 The example pictured herein, Herkananda, was sold new in 1941 by Irwin Marine in Weirs Beach, NH. The boat’s name is an acronym derived from the first names of the previous owners’ four children. The circumstances of the boat during and immediately after the war years are unknown, but it was again offered for sale by Irwin Marine and purchased in 1953 by Ted Valpey Sr. For roughly 15 years Herkananda towed water skiers and cruised Squam Lake until, circa 1965, it was replaced by a Century Sabre. Ted Valpey Jr. took ownership of Herkananda and stored the boat in various locations until purchasing Channel Marine in the mid-1980s, when the boat was moved to storage in the back of one of the marina’s boathouses. Some years later Ted purchased a small cottage boathouse on the Weirs Channel, and circa 1995 the boat was pulled from dry-dock and began once again to see service on “The Big Lake”, where it remains today. While always sound and well maintained, Ted decided in 2017 to have Scott Riehle undertake a full restoration. 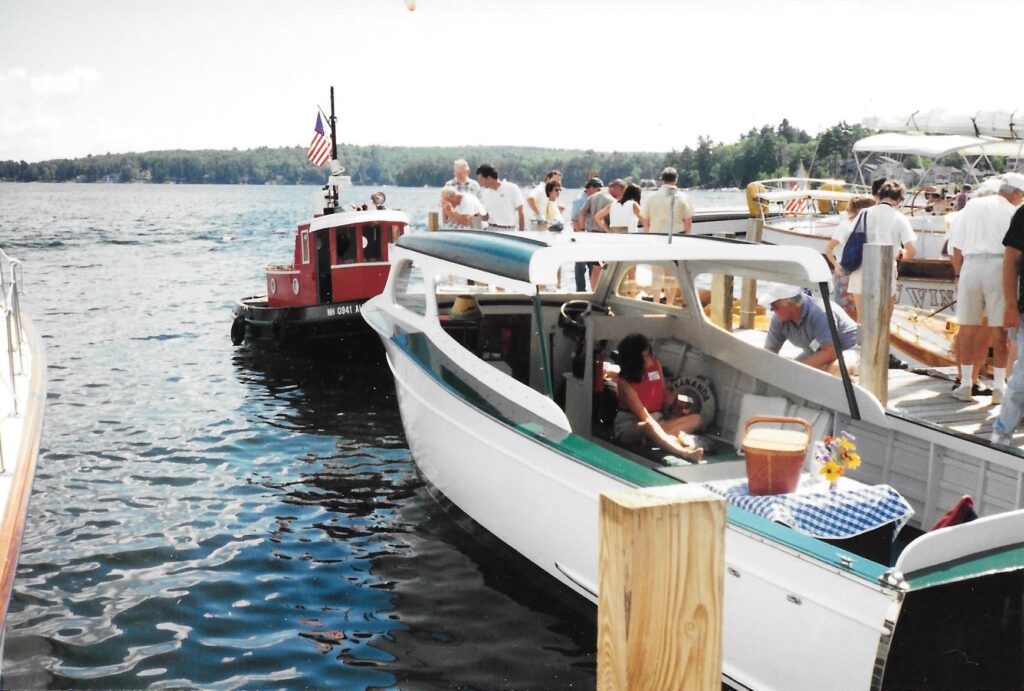