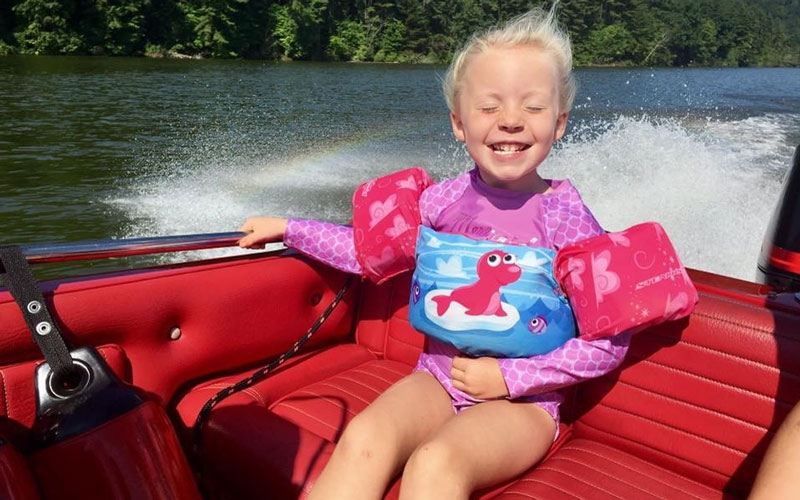 Report and pictures by David Rosenberger.  David and Annette are members of the North Coast Ohio Chapter of ACBS

Any 1990 models, I believe, were built late 1989 & titled as 1990.  Mischief was built in October 1988 and was titled as a 1989 and was delivered December 1988 to the Cleveland Boat and Trading Company in Cleveland, Ohio. By way of title transfers that dealership was purchased by Ivancic Boat & Power April 6, 1990, and apparently, the Mischief was part of the deal. 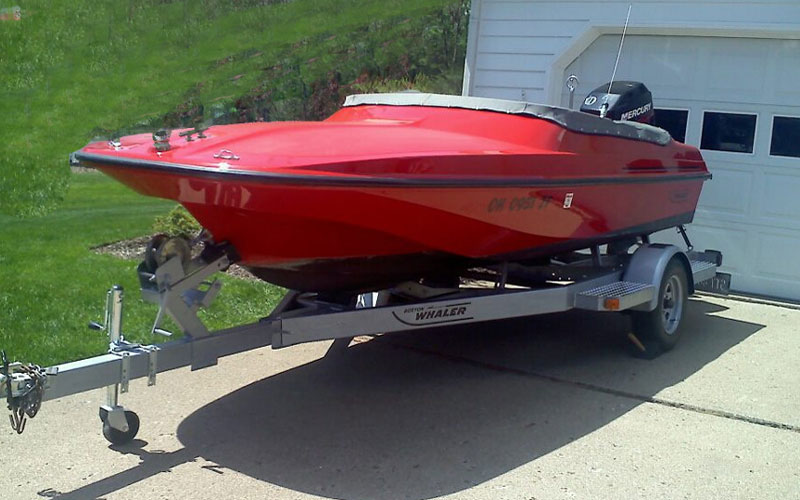 From what we can determine it had not yet been used or sold. The first title owner was Theodore (Ted) and Paula Kruger from Galion, Ohio. Mischief apparently sat in the showroom for about 9 years. Ted and Paula used Mischief on Lake Erie out of the LakeSide community.

On May 15, 2006, the red Whaler changed hands to Anson (Harry) Andrist from Columbus, Ohio and was used on the Scioto River (his wife loved to take it out). They also have a home on Middle Bass Island and used it when they did not want to take their 26′ Tiara out. 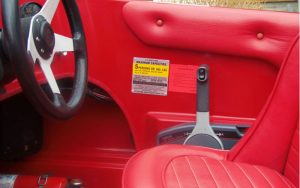 During my business travels, I noticed the little Red Whaler and knew immediately what it was (I remember studying the super cool 30th Aniversary ads) and what it could be again. On October 30, 2012,  I carefully towed Mischief to her new home, to follow as caretaker, in the steps of Ted and Harry, of the little Red Whaler.

On an unusual sidenote, The Mischief has one Suzuki dash gage, and was running two Suzuki reddish orange metal 6 gallon fuel tanks (look like Mercury tanks with Suzuki decals). I am unsure when a Suzuki was the outboard, before the 2002 75hp Mercury. 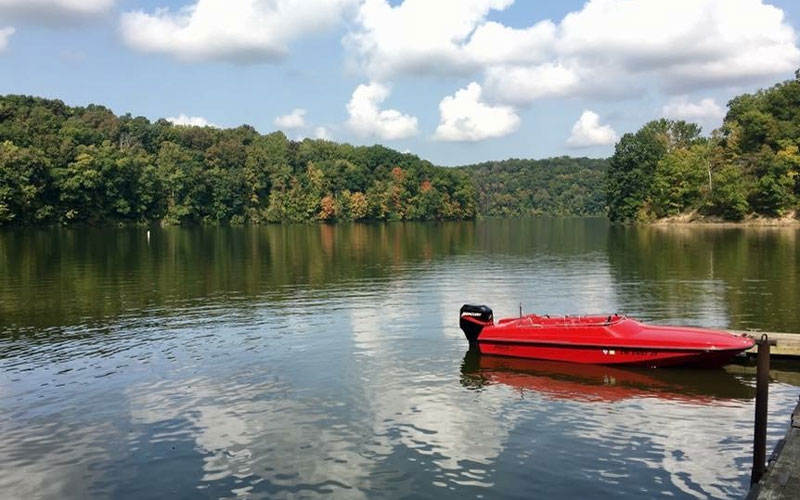 Thank you, David Rosenberger, for preserving this great boat, and also the history that tells her story.

This is how you can easily share your pictures and stories:

Individual pictures of a boat will be included in the next Tuesday Tour of Vintage Boats
include owner’s name(s), year, make, model, given name, location, and photographer if known

Boat Story may include several pictures.  The story might focus on the history, or restoration, or travels with the boat, etc.

Event Report may include several pictures to tell about an event which involved vintage boats or boating.

Announcement – sometimes it’s beneficial to spread the news about a change in a planned event or share breaking NEWS.
Having at least one picture with the announcement helps to present the news, but not necessary.

If you view this website – consider it your own place to share what is happening in your corner of the boating community.