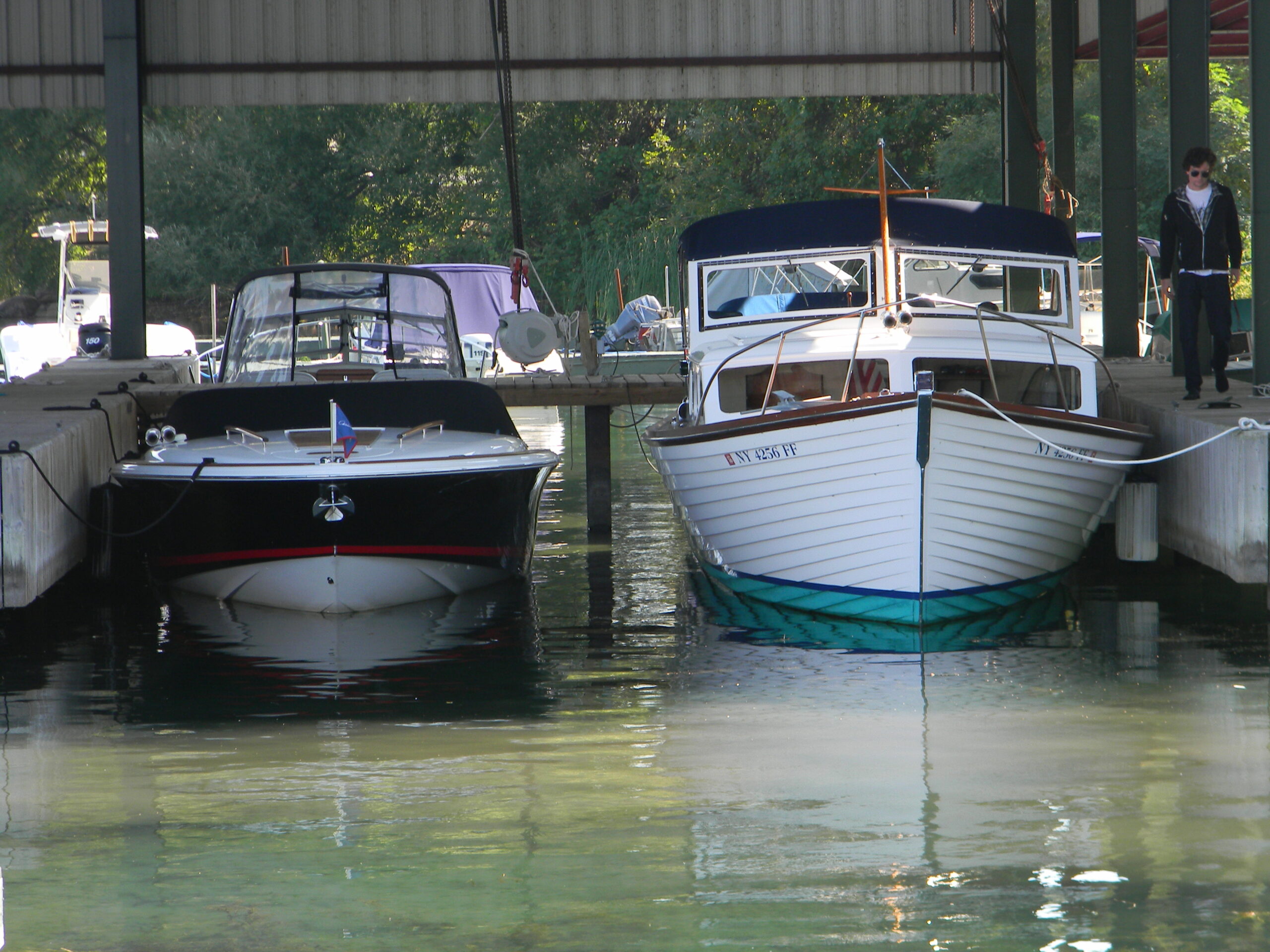 by Don Price member of the Thousand Islands chapter

In the early/mid part of the 1900’s, Bay Head, New Jersey had a reputation for quality boat building that far exceeded the small size of the boro. A major part of that reputation came from the mind and energy of Hubert Johnson. He was one of two sons of Morton Johnson, who owned and operated a boat yard in Bay Head. Hubert and his brother Paul both started their boating careers in their father’s yard, but Hubert wanted to combine his talent for boat design with his boat building experience. It wasn’t long before he set out on his own and formed his own company, Hubert S. Johnson Boat Manufacturer, Inc located right in Bay Head near his father’s boatyard. Hubert went on to design and/or build thousands of boats for yachtsmen, sailors and the US Navy. His brother, Paul, stayed on at the Morton Johnson yard and ultimately became president when Morton died in 1934. The boat yards remained friendly but fierce competitors.

In 1936 Hubert Johnson designed and started building a series of “Sea Skiffs” of lap-strake construction. The yard became known for building very attractive and well fitted out lapstrake sea skiffs from 16 ft up to about 50 feet. His primary tool for marketing these boats was the New York Boat Show where he had extensive exhibits unlike any other boat builder at the time.

Like many boat builders on the Jersey shore, the war years of WWII were spent building under contract for the U.S. government, primarily designing and producing 42-foot picket boats and 43-foot plane rearming vessels. While Hubert Johnson continued building boats after the war, the strain of war- work sapped Hubert’s health to the point where, in 1948, he retired from boating and his boat yard. He died a year later. His three children ran the company for another decade, and then sold it. It continued for another four years under its new owners until ultimately closing it down in 1968.

In 1997, Don Price, owner and operator of St Lawrence Restoration in Clayton, NY heard of one of these well-built historical boats being up for sale and scooped it up quickly. Being fortunate enough to have his own boat restoration business this was the perfect boat to add to his collection of wooden boats. He formed a joint venture with two of his customers and together they completely restored the boat and used it for entertaining larger groups of family and friends in the Thousand Islands.

This 1956, 32-foot beauty is in excellent condition. She is a unique and rare example of a Twin- engine cruiser with a spacious cabin, kitchen & dinette area, working sink, refrigerator and private bathroom. This is truly one of the best examples of a Hubert Johnson restoration on the market today. All the teak and mahogany woodwork is in excellent condition and has ample aft deck space to take guests for a cruise or on a friendly fishing trip. The decks and the cabin have all been refinished with the best products on the market that contain ultra-violet protection designed to withstand the elements.

What a sight this amazing example of wooden craftsmanship is cruising up and down the shores of the beautiful Thousand Islands on the St Lawrence River. The boat will be on display this summer at the Annual Antique Boat Show or the next time you are in the area stop by and see the folks at St Lawrence Restoration and check out this truly remarkable piece of history.