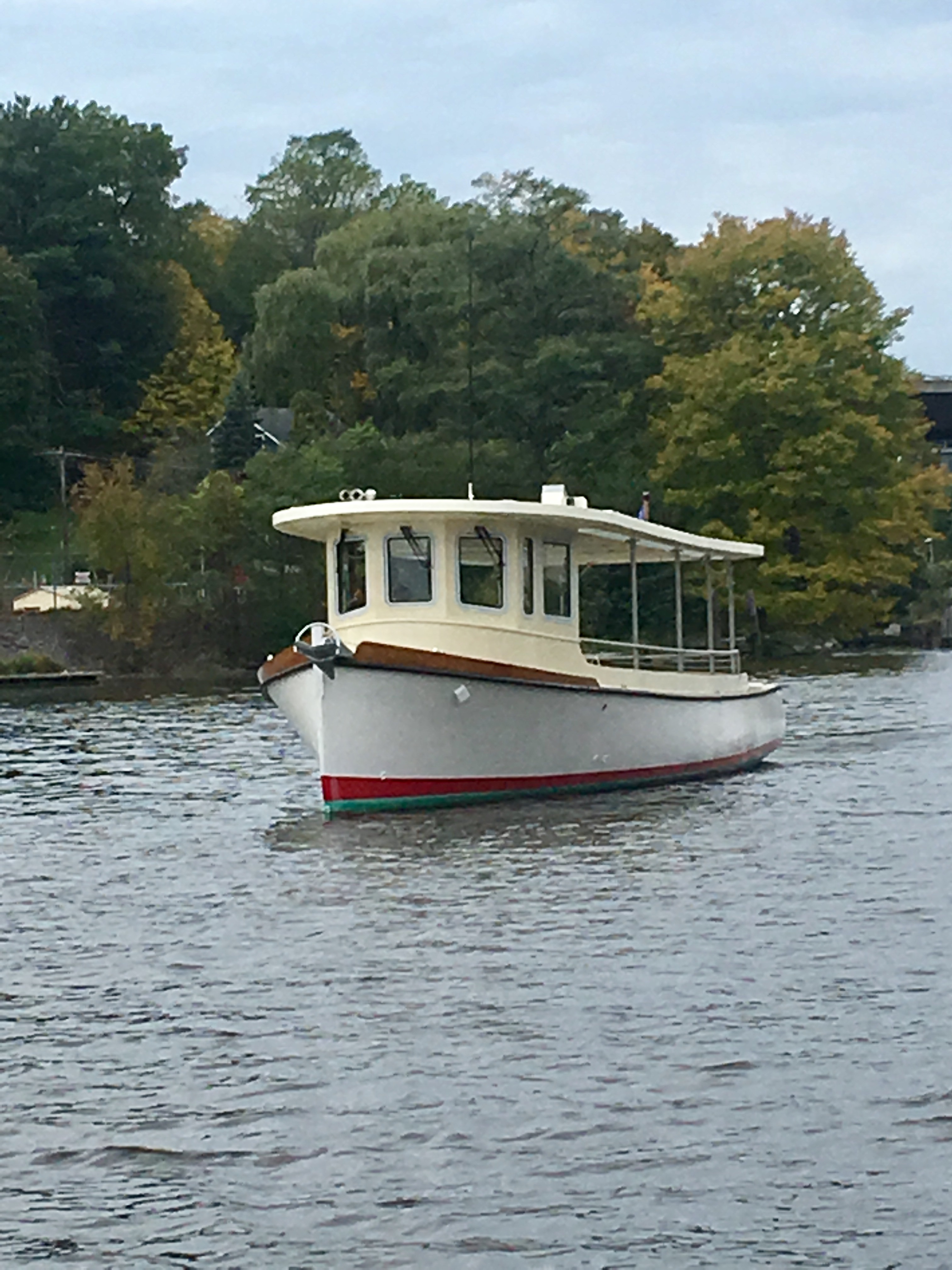 The museum encourages the community to send in nominations for the boat’s new name via email to [email protected]. Names should be no longer than two words, and participants may send in as many names as they would like. Names inspired by local history or environmental activism will be giving priority. Names that are offensive, exclusionary, or perpetuate hurtful stereotypes will not be considered. The Hudson River Maritime Museum will accept nominations from February 15 through March 15. Names submitted after March 15 will not be considered. The Hudson River Maritime Museum will select five names from the submissions and open voting to the community after March 15 to select the name of the new tour boat. The individual or group that nominates the winning name will receive a free ride on the boat for up to 20 people.

Designed by marine architect Dave Gerr from a concept developed by David Borton, owner of Sustainable Energy, the Solar Sal-44 is commercial in design, meeting all U.S. Coast Guard regulations for commercial passenger-carrying vessels. In late 2018, the vessel passed her speed/range endurance test under the watchful eye of Coast Guard inspectors, using only reserve battery power. The Solar Sal-44 can travel up to 50 miles at night without the use of her solar panels. Even on cloudy days, the solar panels are so efficient that they continue to power the batteries.