I Recently Purchased a 1965 Century Resorter 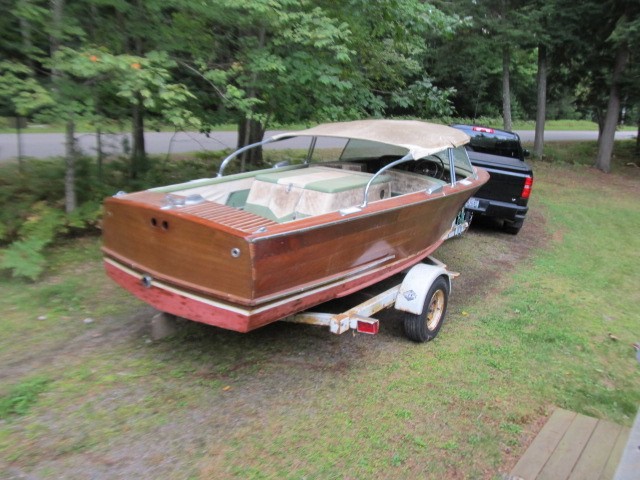 I recently purchased a 1965 18′ Century Resorter for $3,200. She is very solid. I have removed the engine and much of the interior and fortunately, I did not find any rot.

The boat has a Chrysler Crown Marine Engine, M47S dual carburetor, and 135hp. The engine’s meter reads 488 hours, but after a little checking on the tachometer/hour meter, it doesn’t seem to be working. The low hours are now wishful thinking. After removing the engine, I shipped it to Van Ness Engineering in New Jersey. 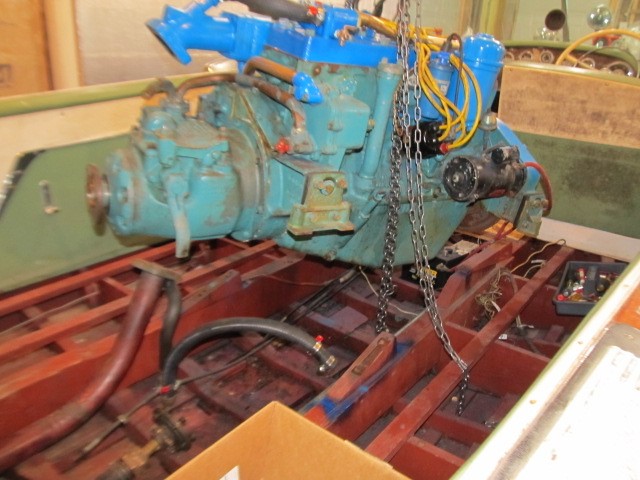 With the engine sitting on a pallet in the garage, the transport truck arrived and proceeded to back in getting stuck in the sand in the North Woods of Wisconsin. I pulled my truck next to the semi-trailer and winched the engine through the snow to the transport truck. After the tow truck showed up and pulled the transport truck back onto my driveway, the engine was off to New Jersey. Van Ness called and work on the Flat Head 6-cylinder engine has started, Yahoo. 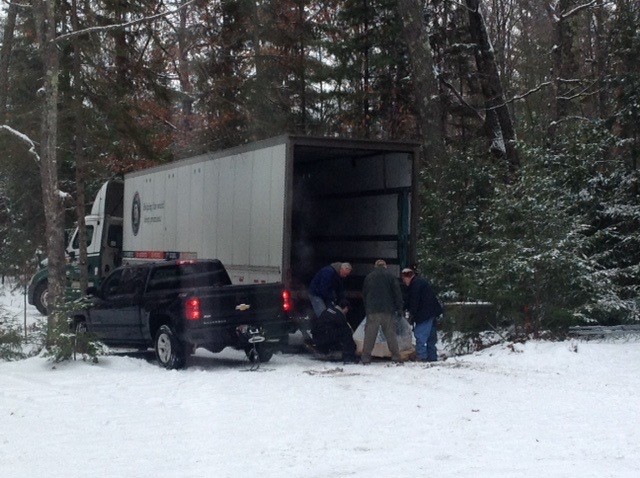 I am currently removing the last of the gauges before I roll the boat over to replace the bottom. 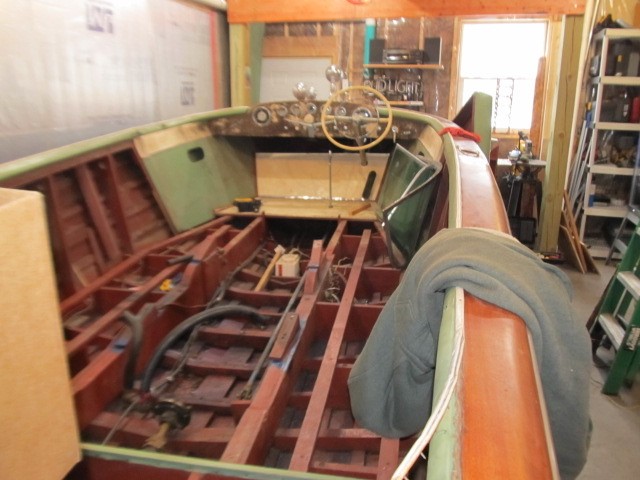 Below is a photo of the Resorter when I picked her up.