In This Life Time 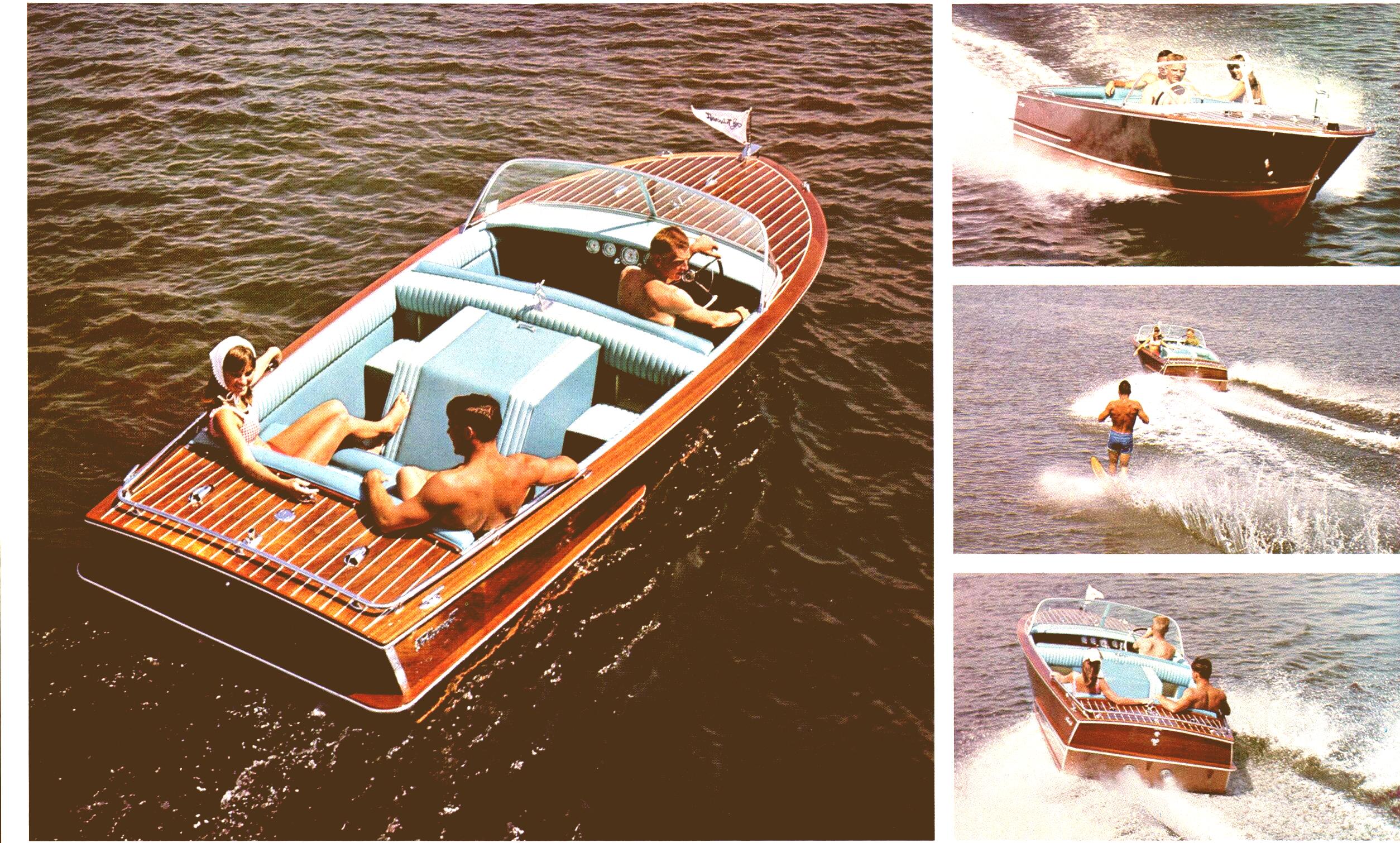 by Larry Schnetzky member of the Pacific Northwest chapter

We found the 1961 17-foot Tollycraft in Eastern Oregon and moved it to Victoria, British Columbia Canada, for the restoration project. We had the two year project done at Canoe Cove Marina and shipyard.

The project started out with removal of the original Y-block 292 CID Ford engine w/dual horizonal carburetors. The block had a crack in it so we located another block and had it bored out .30 over. Rebuilt the carburetors and clutch. Removed the fuel tank cleaned the tank and replaced the fuel lines. Replaced all wiring. The upholstery is all original and in very good condition, as were the dash and gauges.

Removed the top Mahogany bow and stern decks. Left the solid Teak around the cap rail as it was in good condition. Replaced the top decks with new Mahogany and put on a clear coat sealer. The bottom and sides were good so just re-stained them and did the bottom paint.

Put in a toe eye in the bow and beefed up the bow to be able to toe behind the 53’ Tolly. We use it on the Columbia river at Hermiston, Oregon to water ski.

We have had a lot of fun taking it around to rendezvous and shows. Won best runabout at the Victoria Wood Boat show.

I have included a photo of my next project. The 1955 16′ Tollycraft Holliday. This project may be a while in the making. Hope I don’t run out of time in my life to get this done. We enjoy the northwest built Tollycraft boats.