Is that my boat? 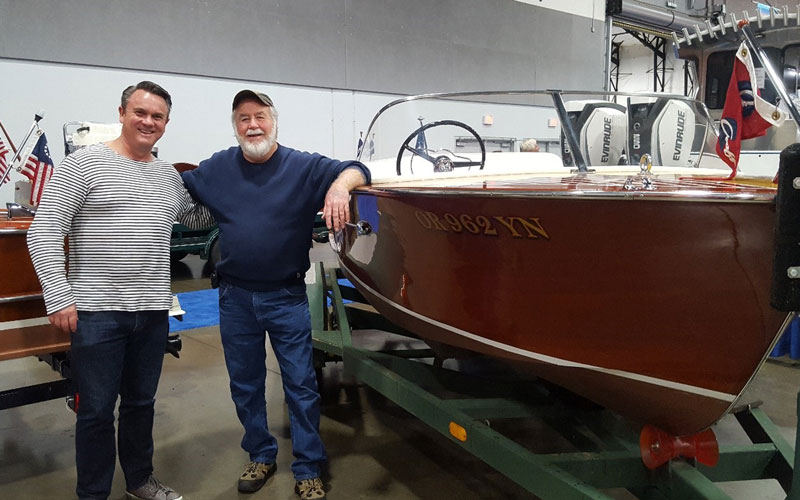 “That looks just like the boat I had!” That’s heard often at boat shows. What happened next made it an experience to remember.

“Hey, man. That boat is sitting on your trailer. I watched you make that trailer!”

Gary “Hobie” Jensen was walking through the Portland Boat Show in January 2018 with his neighbor when they rounded the corner to enter the ACBS Columbia-Willamette-Chapter’s booth. Ten boats were on display, and right away Hobie spotted “All In”, a 1959 Chris Craft 17’ Water Ski boat. She has a 350 hp Pleasure Craft inboard motor and sits on an older homemade trailer. After close inspection, he realized that this was indeed the Chris Craft he had reluctantly sold in 2012. 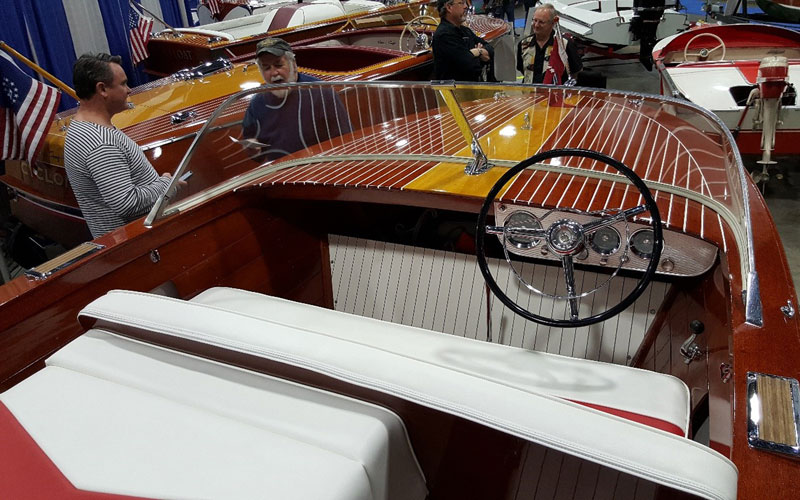 The story gets better.

The current owner of this beauty was hosting the CWC booth. Nils Hagberg bought the boat in 2015. After introductions, the two talked for a long time about the history of the boat and its restoration.

The boat was originally purchased by Oakland Bay Sand & Gravel in 1959, then spent most of its life as a work boat on Lake Tahoe transporting employees to and from different work projects. Later, the boat was transferred to Columbia Sand & Gravel in Vancouver, Washington, where it was later retired from commercial use.

Hobie bought the boat in 2001 “as is” – the boat had been left to decay, full of water, with peeling varnish and covered with a blue tarp. He restored her with advice from helpful people in the wooden boat community and used the boat every summer, mainly on Detroit Lake with family and neighborhood friends.

The trailer was made by Hobie. It’s a one-of-a-kind with a tongue that slides off.

When Nils bought the boat in 2015, he had the well-loved vessel fully restored. Currently named “All In”, this beauty won “Best Chris Craft”, “Best Utility”, and a sponsor award at the August 2017 CWC-ACBS boat show. The meeting of two of her captains is truly a happy coincidence.

Hobie said, “The times I used it, it was funner than heck!”

Thank you, Wendy Nelson, member of the Columbia Willamette Chapter of ACBS for sharing this great story about a boat and her captains.  This story reminds us of the connections between us that are intertwined within the stories of boats.