It Must Float and the Engine Must Run! 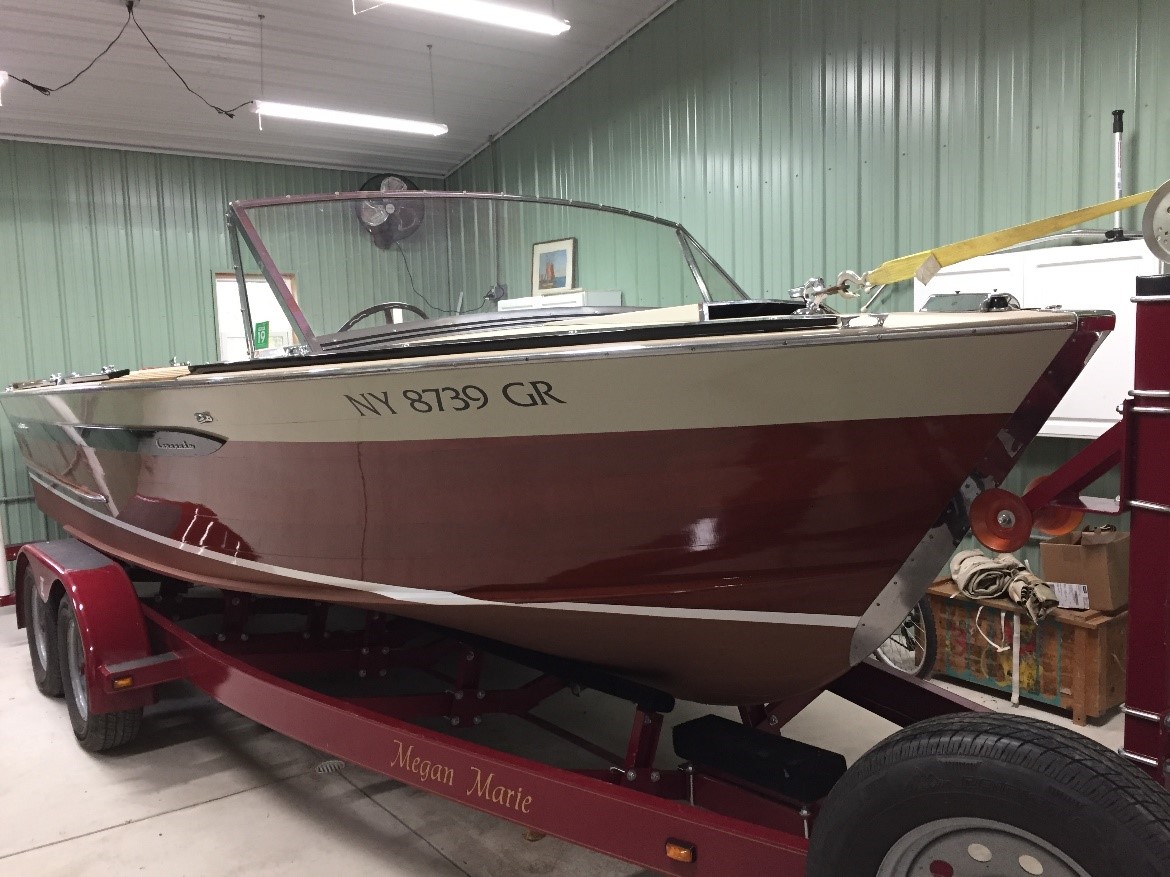 Those were the two conditions my wife set when I told her I was thinking about getting a boat. After three or more years of looking I decided what I really wanted was a classic wood inboard. Then in 2016, I saw Andy Chudy was selling the most beautiful 1965 Century Coronado with red interior and I was hooked. The only problem is that the bilge pump ran every 10 minutes and the engine would quit, then catch again, whenever you would hit a wave. Thus, my adventure began. Andy was up front about the boat and its condition from the beginning and has been a great friend and source of information since the day I bought the boat from him

My first priority was getting the engine to run dependably, Part of going out for a ride, is getting back. I also included a new bilge pump and battery for good measure. I had the engine tuned, new plugs, filters, condenser, distributor and rotor. Pretty much a major tune up. I also replaced the water inlet fittings as they were badly corroded and tightened the packing around the rudder and propeller shaft. The engine ran and the new pump was keeping up. One down one to go.

The leaks persisted. Andy had been looking for the culprit but it was hidden from view on the inside and looked fine on the outside. We finally discovered some punky wood along both chines below the spray rail so I made contact with St. Lawrence Restoration, they replaced the affected boards, gave the boat a coat of varnish, new bottom paint, interior hull paint and put the boats name on her transom, “Megan Marie”, my Granddaughter. Two of two requirements met. I was feeling pretty good.

We kept the boat at Rich Marine the next summer in a covered slip across from the antique boats. The boat ran well until one day late in the season when quite abruptly, the engine quit, then, when restarted, would only run if RPMs were above 2500 and below 3000. This made for tricky maneuvering and landing. My Son and I ended up paddling the boat from our covered slip to the ramp. Not a short distance, especially in a head wind that steadily increased as we approached open water and the entrance to the ramp basin. We finally had no choice as the wind and eddies took us closer to shore and further from the ramp. We started the engine and made a rather nail-biting high-speed entry and glide through the entrance, to the ramp and waiting trailer. We went to work on the engine that winter. My son Greg, rebuilt the carburetor. We put in a new fuel pump, alternator and replaced the old, and I mean really old fuel filter. Andy had put in a new water pump just before we bought it so the engine was good.

The deck vinyl was not in good shape. There was mold, tears, discoloration and sun damage. I ordered new vinyl to match the original. We did find something very interesting when they removed the vinyl. The first thing Mike noticed is that the vinyl was the original vinyl. The second thing was a note written on the wood deck under the original vinyl. Remember the boat is a 1965 Century Coronado.
Port Carling (Canada)
Murdon Marine
January 3 1974
Frank E. Nielson
C.F. Avery.

Next year she will go in to have the engine shroud rebuilt and the red vinyl replaced. To date I have enjoyed every step in the journey. It was scary at times but I see myself a caretaker of a beautiful piece of art, for a time. It is my job to maintain it and preserve it for another generation.