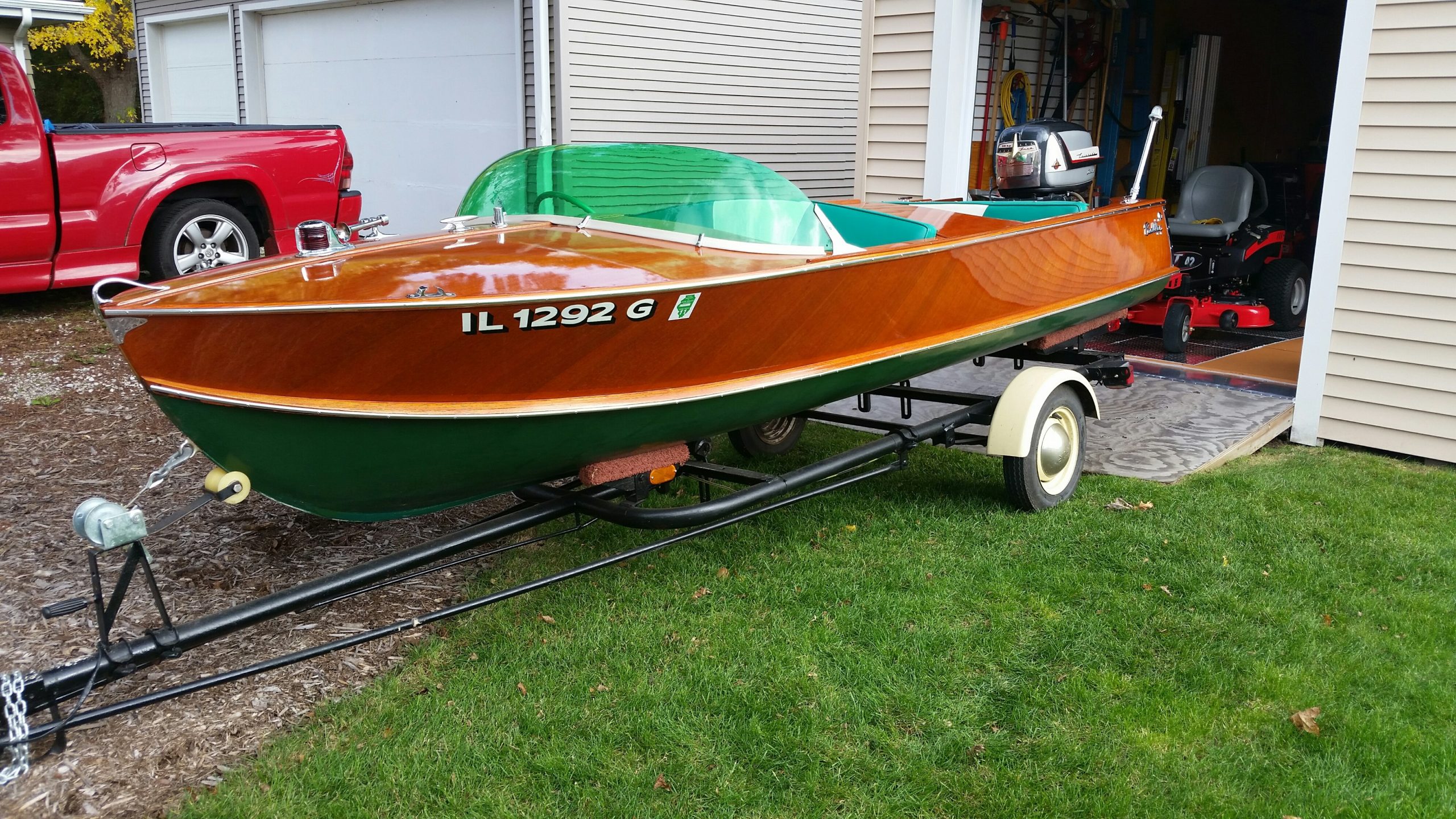 by Tim Hoffman member of ACBS

Credit a 1980 restoration of a 1959 Delta molded mahogany runabout and the Real Runabouts book series as the catalyst for wanting to do it again. A picture of the Delta, before restoration, can be seen on page 122 of The Real Runabouts, Outboard Edition. The boat had no identification and Bob Speltz helped me determine the model and year of manufacture.

It’s now 2016, the Delta is gone, and in planning a partial retirement I thought I’d like to restore another wood boat. Due to space limitations I began looking for a boat less 16’ and found the Cadillac at Fox Valley Boat Company, McHenry Illinois, in very good condition. From the information provided, I’m the second owner as the boat had stayed within the original owner’s family.

Cadillac Marine & Boat Company was formed in 1954 as a manufacturer of molded mahogany runabouts in Cadillac Michigan. In 1955 they were bought by Wagemaker Corporation, who also owned Wolverine Boat Company1. My Cadillac is a 14’ model 584 “Newport” from 1956, as is the engine, a 1956 Evinrude Lark, and the trailer a 1956 Gator. Each of these is listed on the original sales receipt from Chris Craft Boat Sales Inc, South Ashland Ave, Chicago Ill. The original sales receipt was part of the original paperwork that came with the Cadillac.

While brightwork and upholstery were in excellent condition, restoration was needed on the bottom. The hull has an inner and outer keel and two keelsons bolted & screwed through the hull to stiffen it and support the transom. When originally attached, a sealant was used between these members and the molded hull to prevent leaks. However, after 63 years this material has dried out and will allow the hull to leak at each attachment point.

All of the hardware has been removed and the boat flipped over. The bottom is being stripped, the outer and inner keels removed and screw holes plugged. Delavan Lake Boat Shed, Delavan WI, cut and patterned a new outer keel from the original, but I will be able to reuse the inner keel and keelsons. To retain the hull’s shape the outer and inner keel are being done first. This project has no timeline, it’s fun, so it’s done when it’s done!