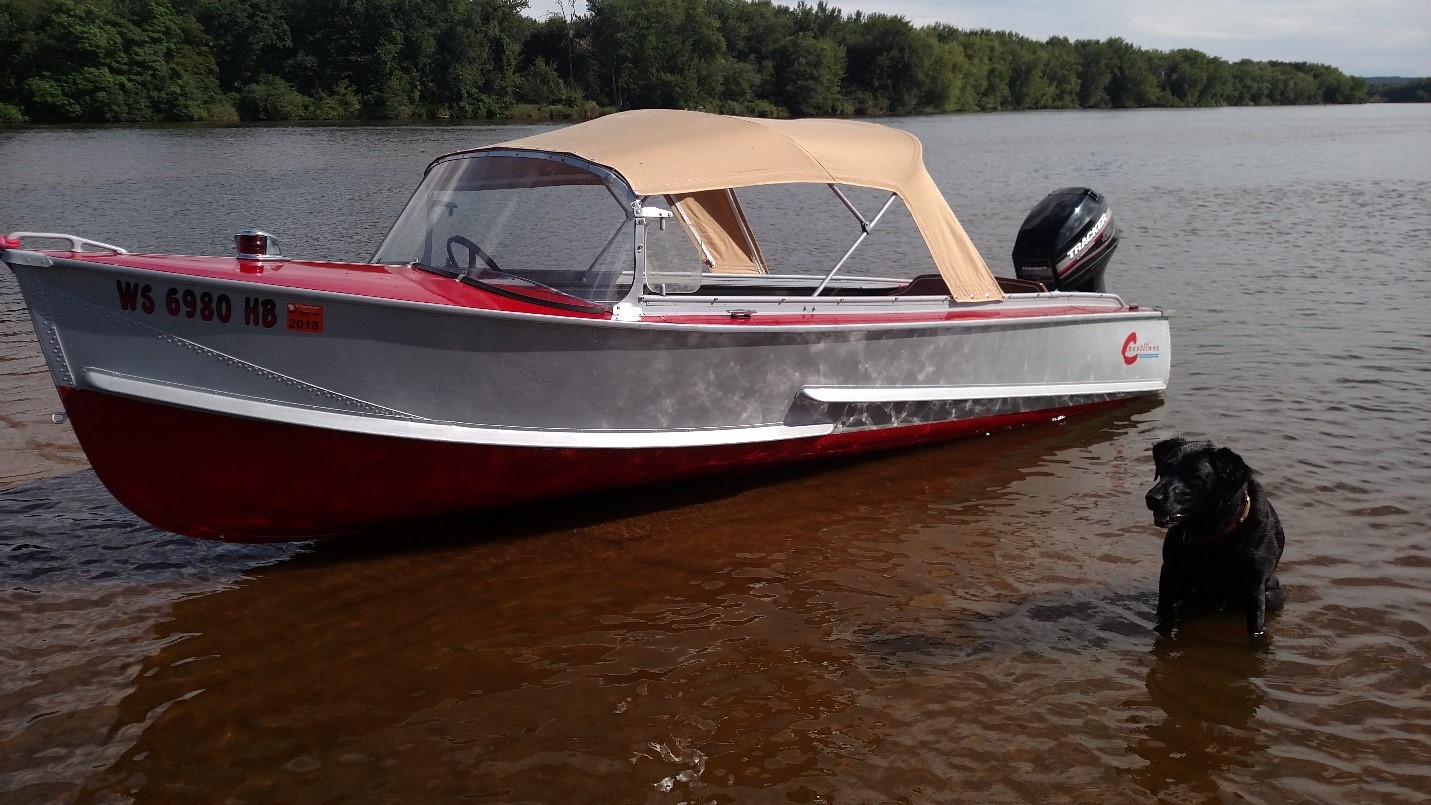 by Jim Ruwaldt member of the Glacier Lakes chapter

The story actually begins when I purchased a copy of Bob Matson’s book “What’s in Your Boat House”. This is an interesting book if you have not read it and includes stories about barn finds and the histories of family’s old boats. One of the first chapters describes the authors interest in finding a boat to use traveling to his cabin in Canada. He would like to buy a Crestliner Voyager for various reasons and locates an 18’ Voyager in northern Minnesota. The rest of the chapter describes his efforts to restore the boat. The pictures of the Voyager really caught my attention and since I was interested in an aluminum boat for fishing and family outings that included our dog (she is not allowed in our woodies), I mentally filed it away to be on the look out for a Voyager.

Soon after that I was at Steve Manke’s house in Lodi, WI. Steve is the former owner of Don’s Marine and a fellow boat and outboard nut. Steve told me he was downsizing his boat and motor collection, so I looked at a group of boats he had lined up on the back of his property. And what do you know there was a 15’ Voyager! All the wooden seats and the dashboard were virtually gone, the canvas top was in tatters, and the paint had long ago fallen off. However, the hull was in remarkable condition. We cut a deal on the boat and the project began.

I have restored and built several wooden boats, but this would be my first aluminum boat although it did have quite a bit of wood components. A big issue I learned with working with aluminum is preparing the metal so it would hold paint. Oxidized aluminum will not hold paint, so the removal of the oxidation is important. I chose to sand the boat and to use a chemical etching product to remove the oxidation. Let me tell you, sanding around a bazillion rivets is a chore. Following the hull prep and painting I cut out new soft maple seats and dashboard. (There is some discussion about the species of lumber that Crestliner used, but soft maple is considered to be a likely wood). Lohaus Covers in Madison made a new top, and I powered the boat with a relatively new 002 Mercury 40hp motor.