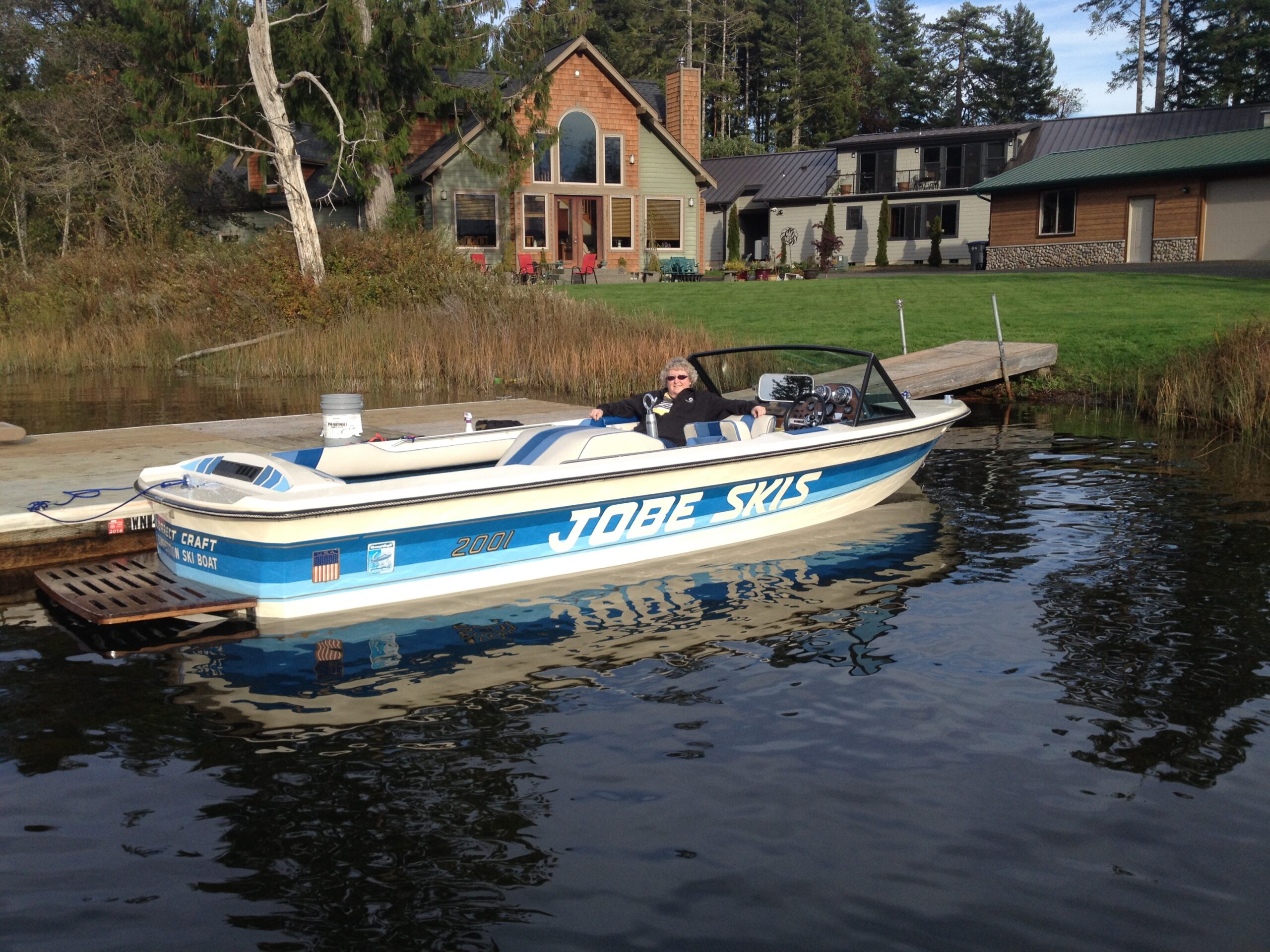 by Karl Hoffman member of the Pacific Northwest chapter

My first ACBS event was the Seattle opening day of boating 1983 with our newly purchased 16 ft. Century Resorter which is still in our family.

My next project was a 55 Century Coronado which took me 8 years to complete. Then came the 1941 34 ft. Deluxe Enclosed Chris Craft Cruiser which I worked on for 19 years. The Coronado and the Cruiser have moved on to new caretakers.

Which brings me to my most recent purchase, the 1983 Correct Craft Ski Nautique. Although I currently have two prewar Chris Craft runabouts in restoration, I was in need of a usable tow boat for our 5 grandkids to use before they were all grown. In October of 2015 I saw a Craigslist add for a 1983 Ski Nautique in Salem, OR. The ad stated, “This is the nicest one you will ever find.” I called the owner and arranged to see it the following day. With cash in my pocket and my friend’s diesel pickup we drove the 3 and ½ hours from our home on Spencer Lake near Olympia, WA. On inspection, I found he was accurate about its condition. Needless to say, the boat went home with us that afternoon. The interesting history is that it had been purchased new by Jeff Jobe to be used as his professional Tournament boat. After one season it was sold to his pro skier who kept it in its original condition for 30 years. It also may be the only 1983 that does not say Ski Nautique on the hull sides. Evidently Jeff had enough pull to get his name on the sides instead of theirs.