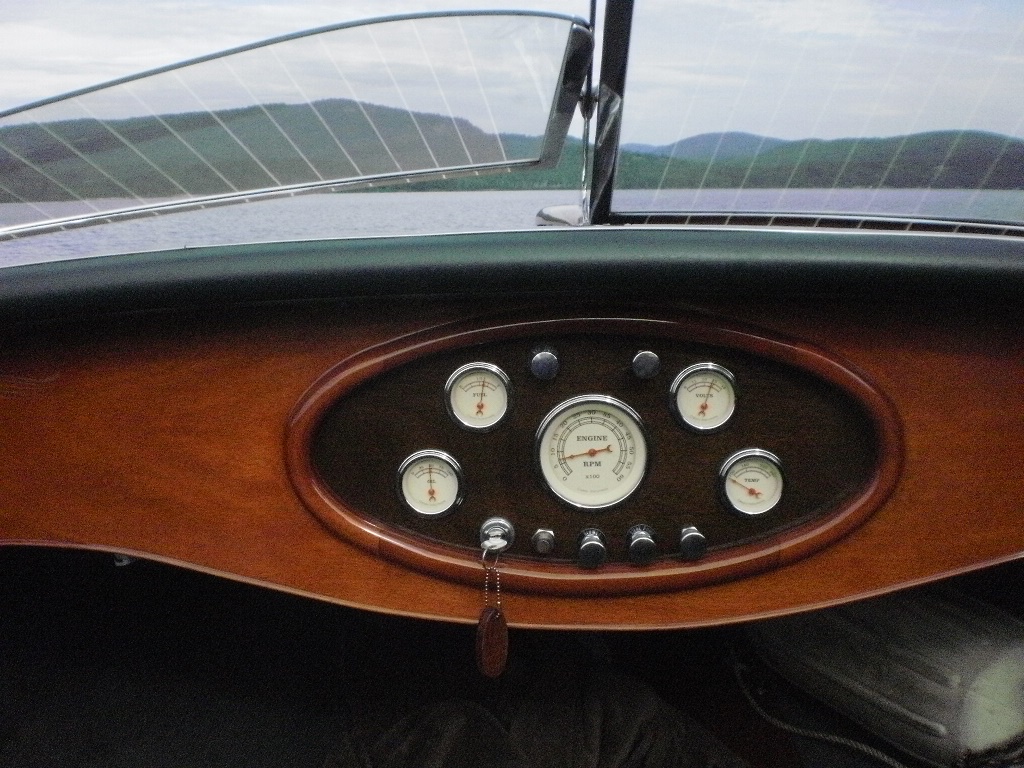 After decades of wooden boat ownership my wife and daughter suggested that I acquire a fiberglass boat that they could use and not be concerned with the dreaded “dock rash” resulting from a less than perfect landing with one of our wooden boats. My wife Judy had a birthday coming up, so why not put every one at ease and purchase something that could withstand dock bashing.

A Mastercraft 240 located in Northern Georgia on Ebay was successfully bid on. The transport and launching went without a hitch and everything seemed perfect until it came time to land at our dock. When not in gear the boat simply could not track straight and landing was challenging even with 40 plus years of boat ownership under my belt. I called the previous owner and he said he too had this problem with tracking. You could keep it in gear for straight tracking resulting in a dangerously fast approach or develop the fine art of tweaking it into gear momentarily to get corrective steering and then back out of gear to keep speed down. My wife did not master this technique and would not drive the boat anymore, thus the name of the boat “Judy’s In Disguise”. Stuck with a rejected birthday present and longing for a replacement of some sort for the Greavette Streamliner we sold for our children’s college tuition, decided to convert the deck and layout of the 240 Mastercraft to remind me of the Greavette. No one would be fooled into thinking the finished product could closely resemble a Greavette. The rake of the stem on a 240 Mastercraft screams modern boat.

The top half of boat separates easily at the rubrail and in no time the hull was bare and ready for a new wooden deck. Thin battens were clamped and adjusted athwartships to get a sense for deck crown and frame locations. Running a string straight across at batten locations from shear to shear allowed the measurement of the height of crown mid span so that a simple arch jig could be made and drawn on Southern Yellow Pine. Frames were attached to hull with epoxied biaxial fiberglass tabs. 1/8” plywood skin was layered over frames followed by 1/2” mahogany planking. Existing fuel tank had to be replaced with lower profile tank to accommodate the lowered sheer line. The teardrop vents, tilting windshield, and cockpit layout were all copied from a Greavette Streamliner.

This project would not have been possible without the expert advice of long time professional boat builder Pete Fish and the crew at Fish Brothers Marine. Pete’s help with sourcing materials was also invaluable in my remote location.

The finished product is not for everyone, it might even be considered a white elephant of sorts. The fiberglass people will not be happy with having to maintain a mahogany deck and all that’s entailed with it’s soft varnish finish compared to rock hard gel coat. The wooden boat people might not be happy with the looks of modern fiberglass hull and painted sides or the fact that it’s hull is fiberglass not wood.

If you like touching up dock rash with a little easily matched Black paint, if you had trouble with varnish runs/sags on your vertical surfaces and prefer horizontal varnishing only, if you like the idea of a permanent fiberglass no soak bottom, if you like keeping old fiberglass hulls out the landfill, then this might be something that could work for you.