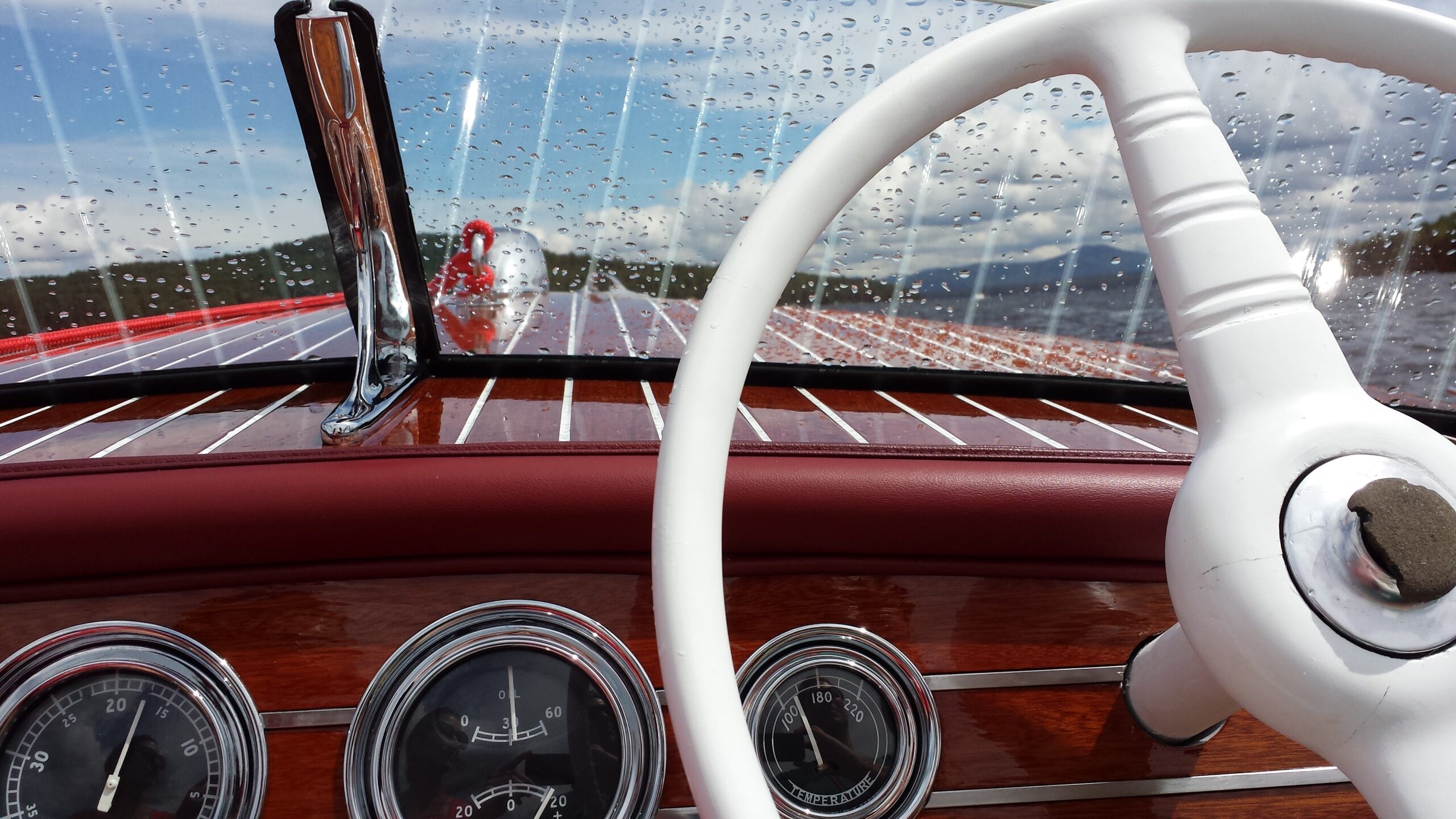 Bringing a new life to, Just the Beginning. I grew up in Michigan spending my summers at my parents place on Lake Charlevoix. On the lake were a few classic Chris Crafts and Hacker Crafts that would come out on calm days. These were the boats that just made your head turn when you heard that famous rumble across the water. My parents never owned one, I had never been in one, but when I was 15 I decided I wanted one.

Knowing my grass mowing money would never get me there I decided the only way was to build one. So the search began. My parents thought I was nuts, but I was able to convince them to let me get into the wood boat world by building a kayak. I started with a Pygmy Coho to get my feet wet in wood boat building. A few years later I find the perfect one, a 1949 17′ Deluxe Runabout. The previous owner had plans on rebuilding it, but only got so far to remove all the trim and engine, which was inside in the barn. The boat, needed to have a few trees cut down to access it and load onto a flatbed trailer.

With dreams of being on the water next year, I started removing each rotten board for a pattern. About the time the boat is upside-down as a carcass of rotten lumber, bucket full of old screws, I realized this is “Just the Beginning”.
I spent the rest of my college summers rebuilding the boat. Three years and 1700 hours later it is ready for its maiden voyage. With a successful sea trial one chilly fall day, it was back to the garage for some more varnish, the chrome trim and upholstery. The boat was originally delivered with red leather, so saving began for materials to match.

About 10 years later I find myself in Massachusetts, starting that final coat of varnish and shopping for leather. The goal was to make it to the 42nd annual Winnipesaukee show in NH. With the smell of new leather filling the car and varnish drying as I head East on the Mass Pike people wave and give the thumbs up on my journey to the show. The show was great, and wouldn’t have been a true boating experience without a little engine trouble. However little could stop the sense of accomplishment from being at the show and receiving that first trophy.
The boat currently resides in NH and gets out a few times a year for our annual events with the Bay State Classic Boat Club.