Keeping My End Of The Deal 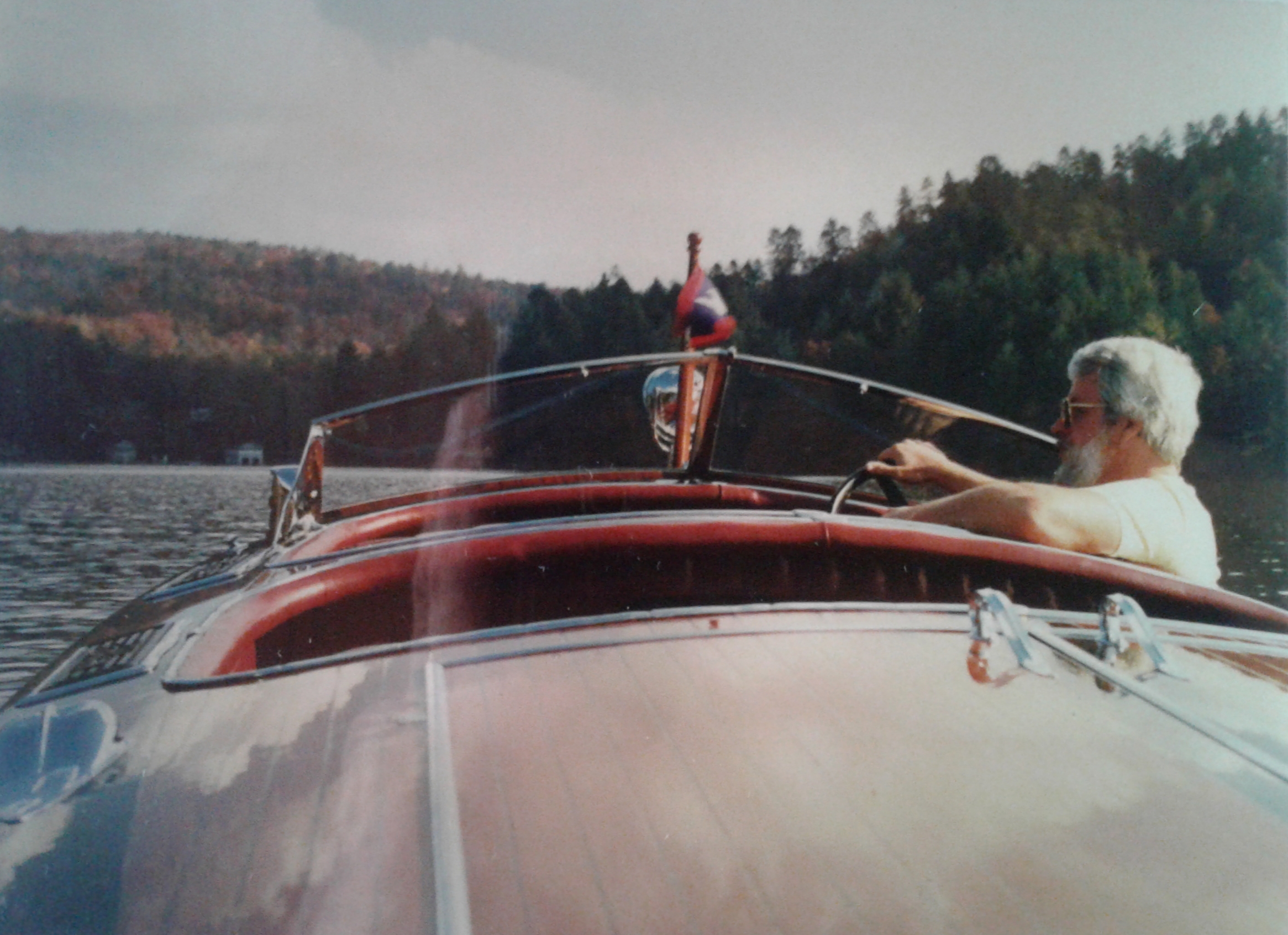 by Judson Laws member of ACBS

My life has revolved around all things vintage… boats & cars. My dad Jud Laws started our business in 1984 specializing in wooden boat restorations & maintenance along with modern ski boats. He worked at a local marina doing service work & wood boat restorations for about 7 years before he established our business. I took over the business after growing up & working in it in August 2011 when my dad passed.

The past known history on our 1932 GarWood 25′ Triple is she is said to be one of the boats on display at the 1932 New York boat show. Was purchased new by John Wanamaker in 1932 who was a dealer in Pennsylvania then sold to Ralph Earle (Brother of Governor of Pennsylvania) in 1934 & kept on Upper St. Regis Lake in the Adirondacks. She was known as Bye-Bye during her time in the Adirondacks. She was then purchased by the Bedford Family in 1947 & relocated to Upper Saranac Lake also in the Adirondacks until she was discovered & purchased by Don Price of St. Lawrence Restoration in 1977 in basically completely original condition & made her debut at the Alexandria Bay, NY show in all her original glory with original interior & peeling varnish in 1978. I got to talk to Don at Mount Dora in 2013 & he said that she got best original Gar Wood at that show after coming out of hiding. Don then sold the boat to & did her first restoration for Bill Wood (Gar Wood’s nephew) in late 1978 & named her Jane after Bill’s wife. Bill was based on Harsens Island in Michigan where he kept & used her till around 1989 when he sold her to Jim Grisalfi of Long Island, NY who didn’t keep her long as he decided that wood boats & Long Island didn’t workout for him like he had planned, but long enough to rename her Triple Crown. He is who my dad then purchased her from & so begins her life in the Laws family.

My dad purchased her in October 1990 sight unseen off of 8 pictures & recommendations from friends in the business that knew the boat & her history. She’s been in different stages of restoration first starting with new interior in winter of 1991 & actually still had the original interior in place, in 1994 refreshing the varnish, stripping the bottom of the lime green anti-fouling paint, repainting back dark green & changing the name to Cat’s Meow. In 2003 when the Scripps 202 was finally getting tired. We pulled the motor that winter to do a complete overhaul on it… first time ever out of the boat, also totally rewiring the boat & installing a new fuel tank at that time. A local friend who restores Packards & brass era cars did the engine work. We continued usage for a couple more years till we finally bit the bullet & decided it was time for a new bottom. Winter of 2006 we completely gutted the hull to start a full restoration & took it to Doug Morin of Morin Boats in Bay City, MI who actually did some work to her while Bill Wood owned her to have a West System bottom installed which also consisted of all new frames as the original frames were completely oil soaked & rotted from many years of an oil leak the engine had before we fixed when we got her. The next winter when we got the hull back from Doug after the bottom was done & he took her down to bare wood, got her back in stain & sealer coats for us to start bringing her back to life with multiple coats of varnish. She still retains all original decks & hull sides that did not have to be refastened. There was nothing left untouched… all hardware was rechromed by Graves Plating. The instrument panel actually remains in beautiful original condition. It took us a couple winters to finish her because of regular work & busy boating seasons, but in the spring of 2010 she was done & was a show stopper to us… the best my dad & I had done in our opinion. She went back into service for us to enjoy as we still do on our lake… Lake Rabun in Georgia where there has always been a large concentration of wooden boats. We still refer to her as Jane because of the provenance of being owned by Bill Wood of being a Gar Wood relative. After my dad passed in August 2011 my mom & I made the decision that we wanted to take her to the ACBS International in Table Rock in 2012. It was the first show we had ever taken her to. To much shock for myself we were awarded Best GarWood of Show presented by Tony Mollica of The GarWood Society. I am not ashamed to say that it was an extremely emotional moment for me as she was the last restoration that my dad & I completed together as a team.

I actually own a 1946 GarWood 19’Commodore in the shop now that my dad & I started, but didn’t get to complete. I’m planning on finally making time this winter to complete the boat 10 years after we started it. Life, regular business & emotions of my dad & something we started gets in the way sometimes of completing what needs done. I continue to maintain wooden boats & modern ski boats for my current clients. I am 36 now & plan on keeping up my end of the deal of continuing the tradition of wood boats for as long as I’m able & hope to inspire younger generations to keep wooden boats alive & well because they are the future of our life of wooden boats.