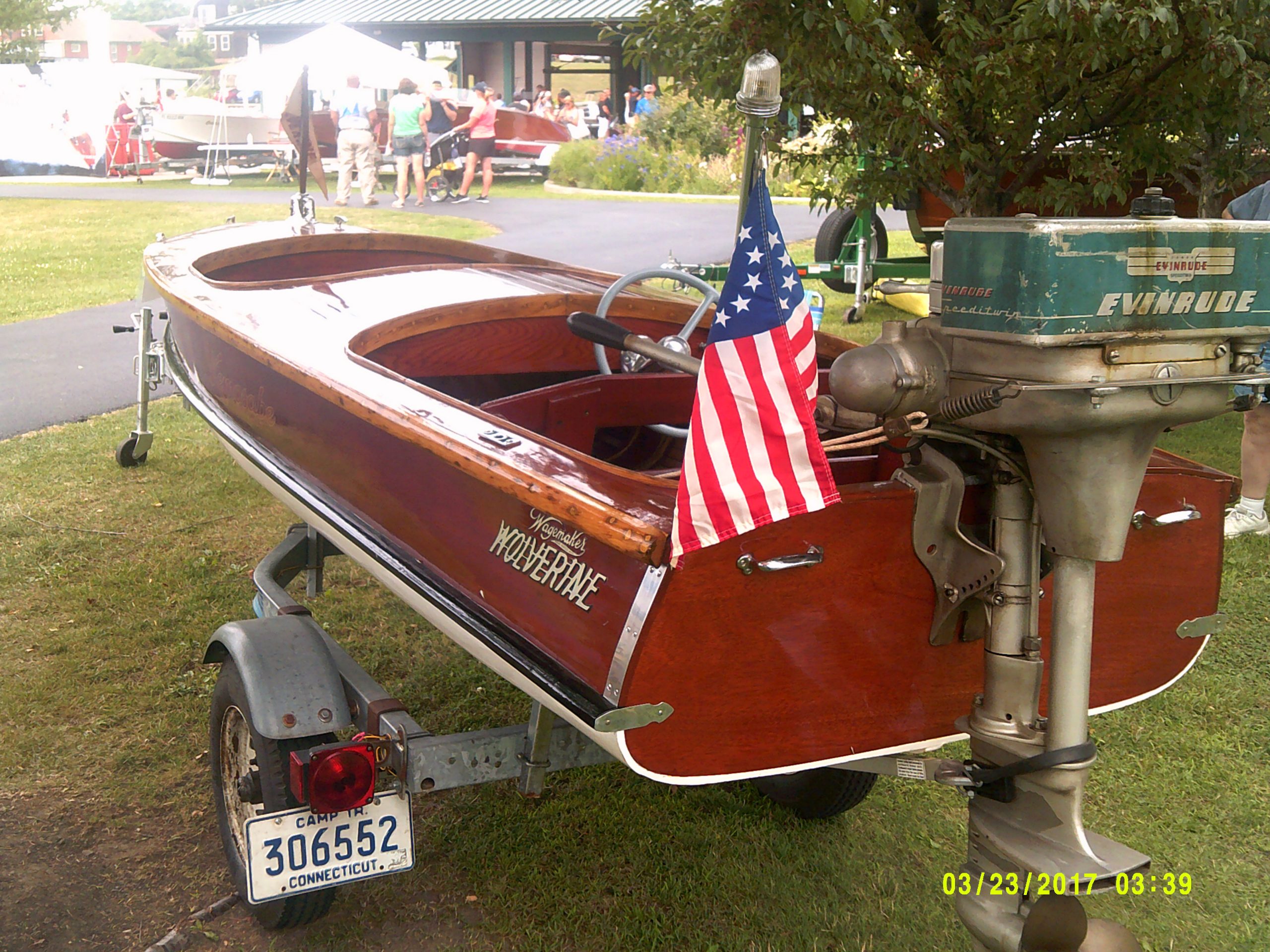 It is with great sadness to report that since this story was written Lee passed away on April 14, 2020.

by Lee Heinzman member of the Southern New England chapter

I was talking to a fellow at the supermarket checkout line one day and we got talking about antique boats. He said he had a building nearby that he was thinking about selling and there was an “old boat” in one of the back rooms. A few days later I went to see the building and the boat. The building wasn’t what I was looking for, but the boat on the other hand – WOW!

Upon inspection, the Wolverine was in very good condition. The owner indicated his wife wanted to make a “planter” out of it if I didn’t buy it! The only wood work required was to replace broken or missing seat bottoms and backs. We went through about 5 gallons of paint stripper and hours of sanding and finishing to bring it back to show condition. Kemosabe is approximately 95% original.

The name “Kemosabe” means “good friend” and the name was chosen to remember a very good friend who is no longer with us. Even though he was very ill, he asked me if he could work on a boat to take his mind off his medical problems and, of course, I said yes. I knew he would not get too far, but that was not the point. After his passing the boat was returned to me; I completed the restoration and named the Wagemaker Wolverine Kemosabe.

Now – what to do for a proper period outboard motor! As luck would have it, another friend had a family farm in Eastern Iowa. He had purchased the contents of a closed marina on the Mississippi River. Part of that purchase was an original 1947 Evinrude 22 HP Speedi-Twin with about 50 hours total use – what a find! The motor is completely original and has not been restored.

The small outboard runabouts were very popular after World War II. They are still quite popular today as they are easily transported to various venues and shows and they are just plain fun.

Kemosabe has been shown at the Southern New England Chapter Show at the Connecticut River Museum in Essex, CT and was a past winner at an Antique Boat Museum Show.