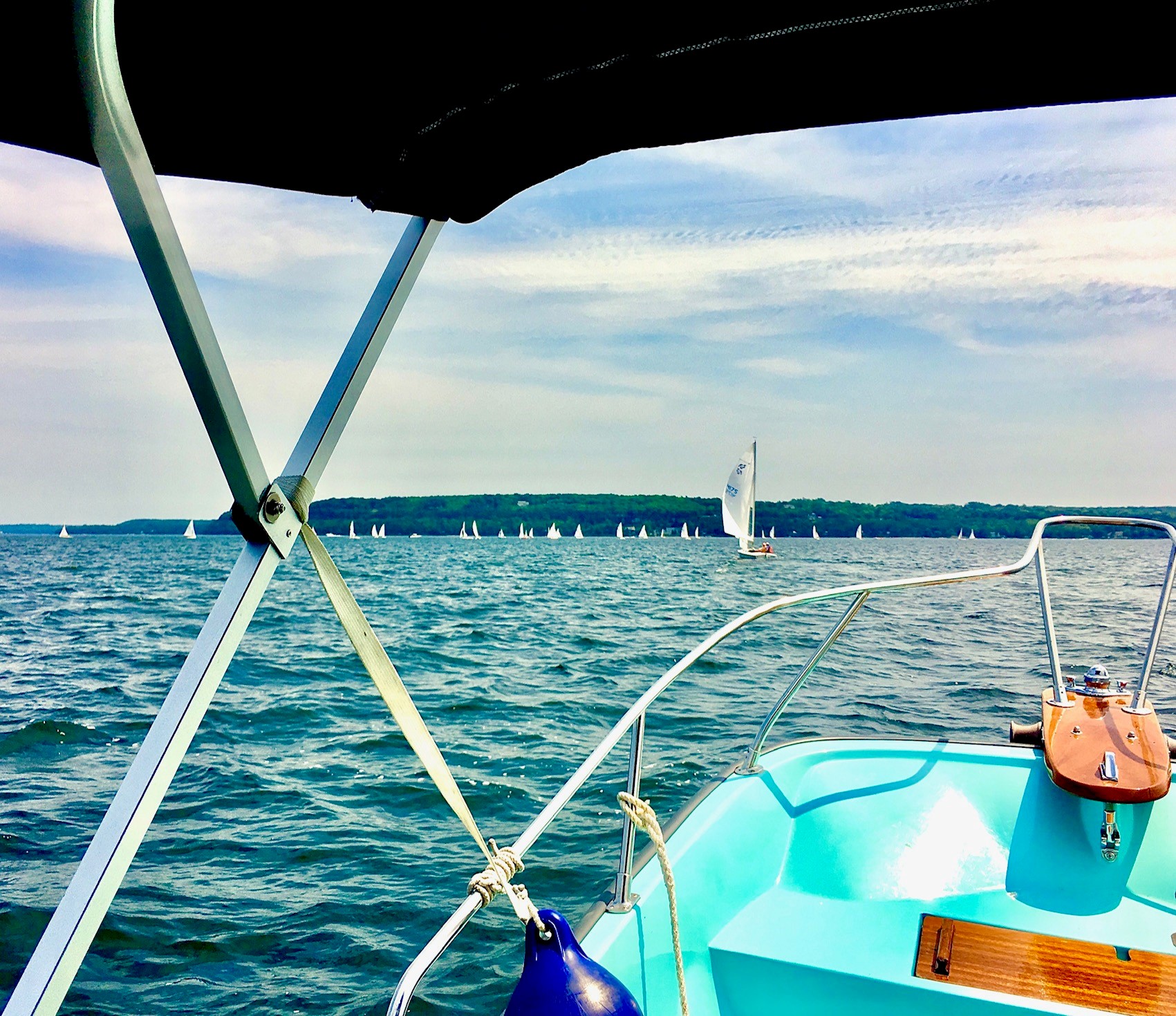 Engineering on the early fiberglass boats often meant adding extra layers of heavy roving. That’s probably why so many of the old turquoise Boston Whalers are still around. Sixty years later, they can still be be seen from the Grand Canal in Venice to Pago Pago in the South Pacific.

KILLER WHALER is a restored 1965 17’ Boston Whaler. The hull received new gel-coat inside and out, and was finished-coated in two-part clear Imron. 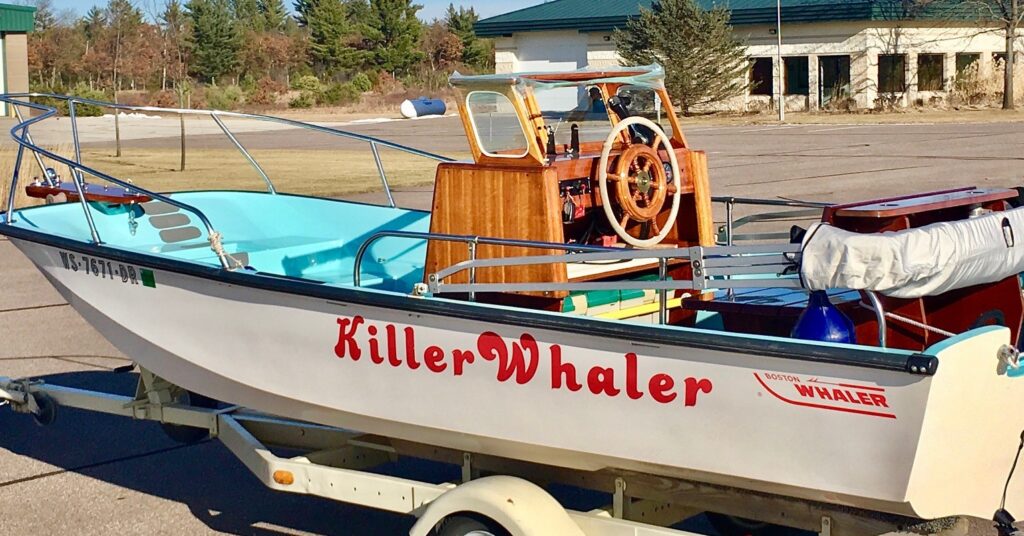 For twenty years Killer Whaler racked-up hundreds of hours as a Race Committee platform for Scow sailboat regattas.  She was trailered throughout the upper Midwest from Okobogi, IA, to Minnetonka, MN, to Lakes Michigan, Winnebago & Geneva, WI, to Crystal Lake, MI, to. Maxinkuckee, IN, to Chautauqua, NY, and countless lakes in between. 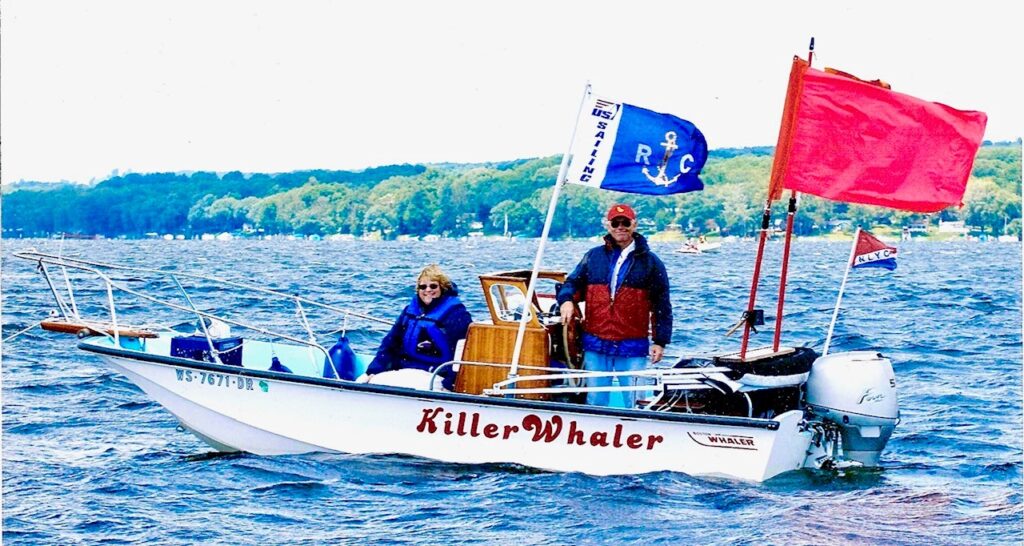 While a fiberglass hull  might not suggest “classic” to some, the helm’s mahogany windshield alone consists of 23 pieces of exquisite joinery.

Purest ‘Whaler types will immediately recognize aesthetic and creature comforts achieved during restoration. The helm was raised and moved slightly aft for improved weight distribution — she has never taken a wave over the bow. A close-ratio steering box was mated to a hybrid leather-covered out-sized destroyer steering wheel.  Seating was made more comfortable. The canopy is a must-have for long days in the sun. 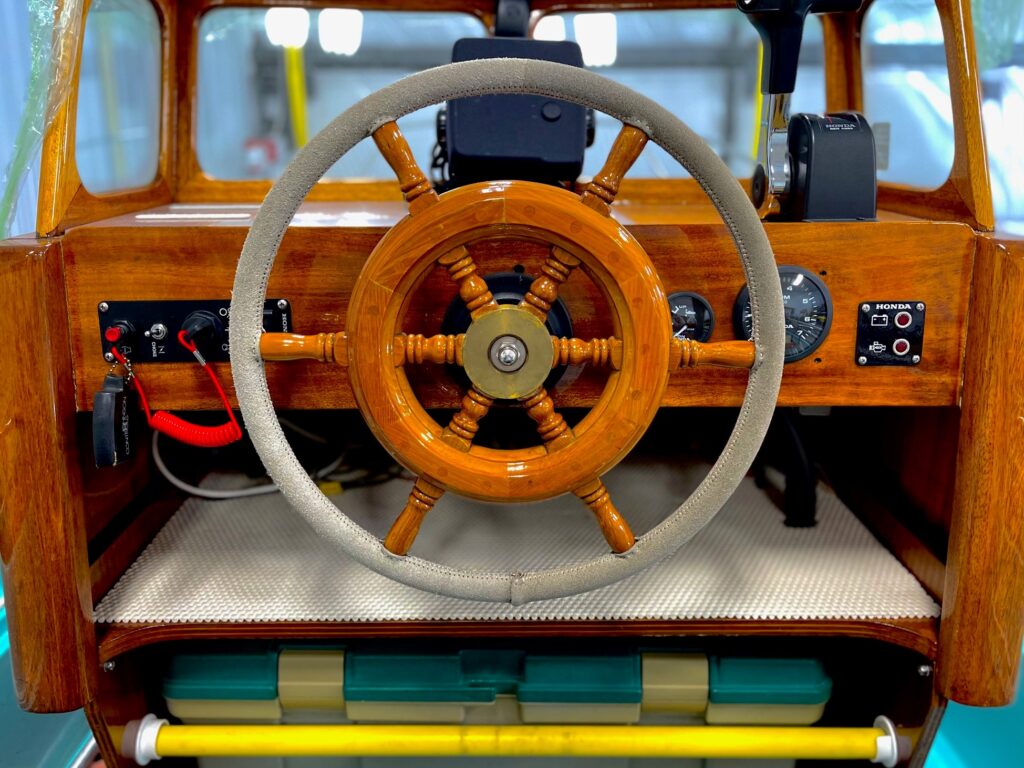 She was repowered again in 2019 with a second Honda outboard. The 1995 50hp motor was replaced with a 60hp, which gets her just over 10mpg and a top speed close to 30mph.

Killer Whaler was retired from volunteer work and has reverted back to the Butzer family pleasure boat. Winter quarters are inside a heated hangar. The thirty-year tradition of trailering continues. A typical Wisconsin Summer will find her day-tripping on the Mississippi & Black Rivers, a couple of weeks in Fish Creek, Door County, Green Bay and a select few of the state’s fifteen thousand lakes.