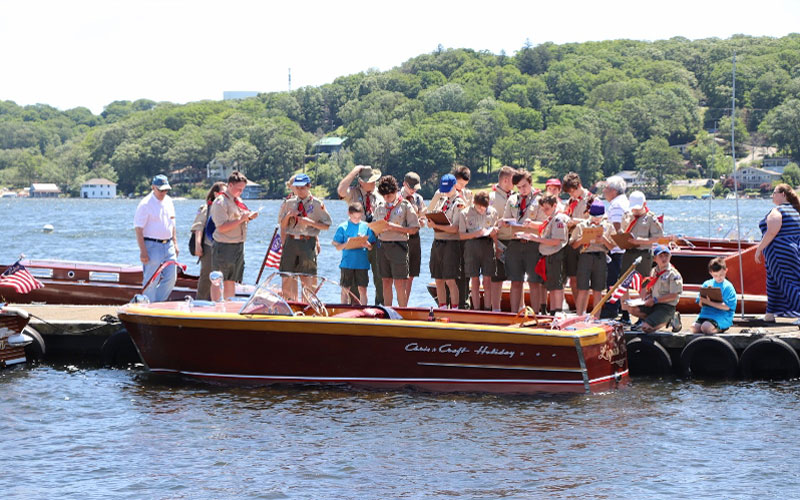 Boy Scouts from troop 726 opened the show on Saturday morning with our National Anthem. Then 41 of the 50 boats participating were judged. A nice assortment of nine outboard motors and a 1927 2-cylinder standalone inboard engine made up a motor class.  Awards were presented according to the points earned by each entry. Head Judge Bob Rice did a fantastic job as always dealing such a large group of high-quality Antique and Classic Boats.

Participants and spectators all enjoyed the afternoon parade. 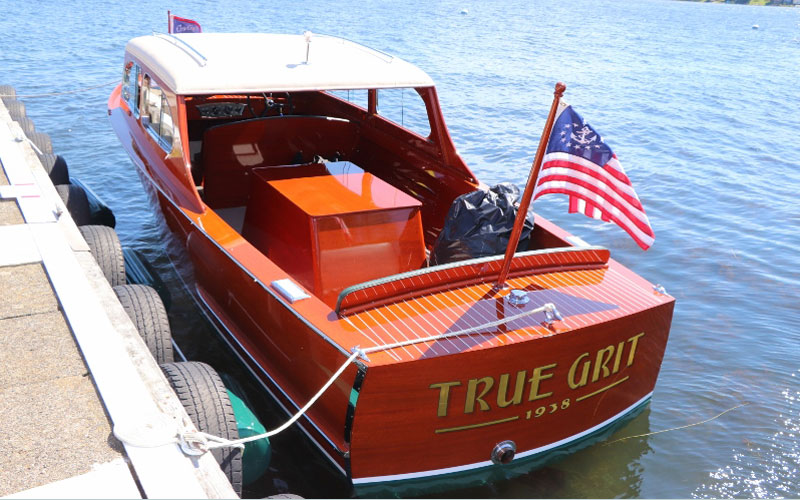 The Best in Show Preserved was: Elsie a 1938 Chris Craft Sportsman owned by Seth and Renee Katz. 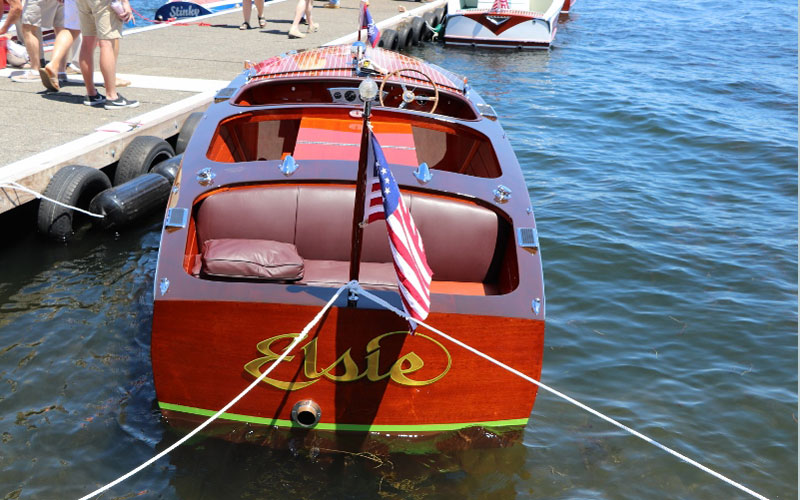 The Boy Scout Troop 726 has been at our show for the past three years. They are led by two of our members who are Eagle Scouts themselves: Past Chapter President Bob Larson and Chapter board member Win Ginter. The Scouts actively participate in junior judging. This past year over the winter they embarked on a project of making a cardboard boat which they named Bay Scout. The number of participating Scouts continues to grow. 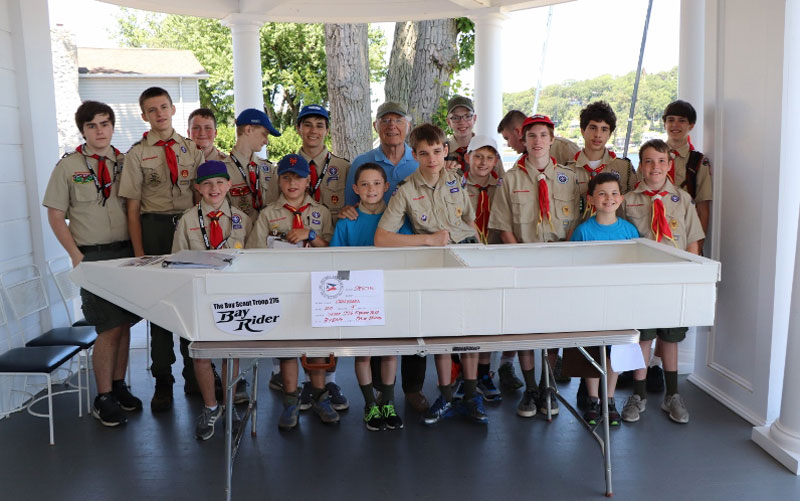 Saturday evening was the dinner and awards ceremony. Guests were welcomed by past Chapter President and now current Commodore of the Yacht Club, Mike Smith. The Yacht Club is a fantastic location for our show. There also was a very successful 50-50 campaign with prizes set up by Rose Takvorian. The Chapter was honored by three very distinguished guests present: ACBS founder Joe Fleming and two ACBS Charter Members, Buck Mook and Wayne Mocksfield.

This was a great weekend and a great beginning to the summer boating season. Congratulations to the Chapter President Pat Hoferkamp and the other officers and trustees.

Thank you to Stan Struble for the report and Cindy Heaton for pictures of the event.