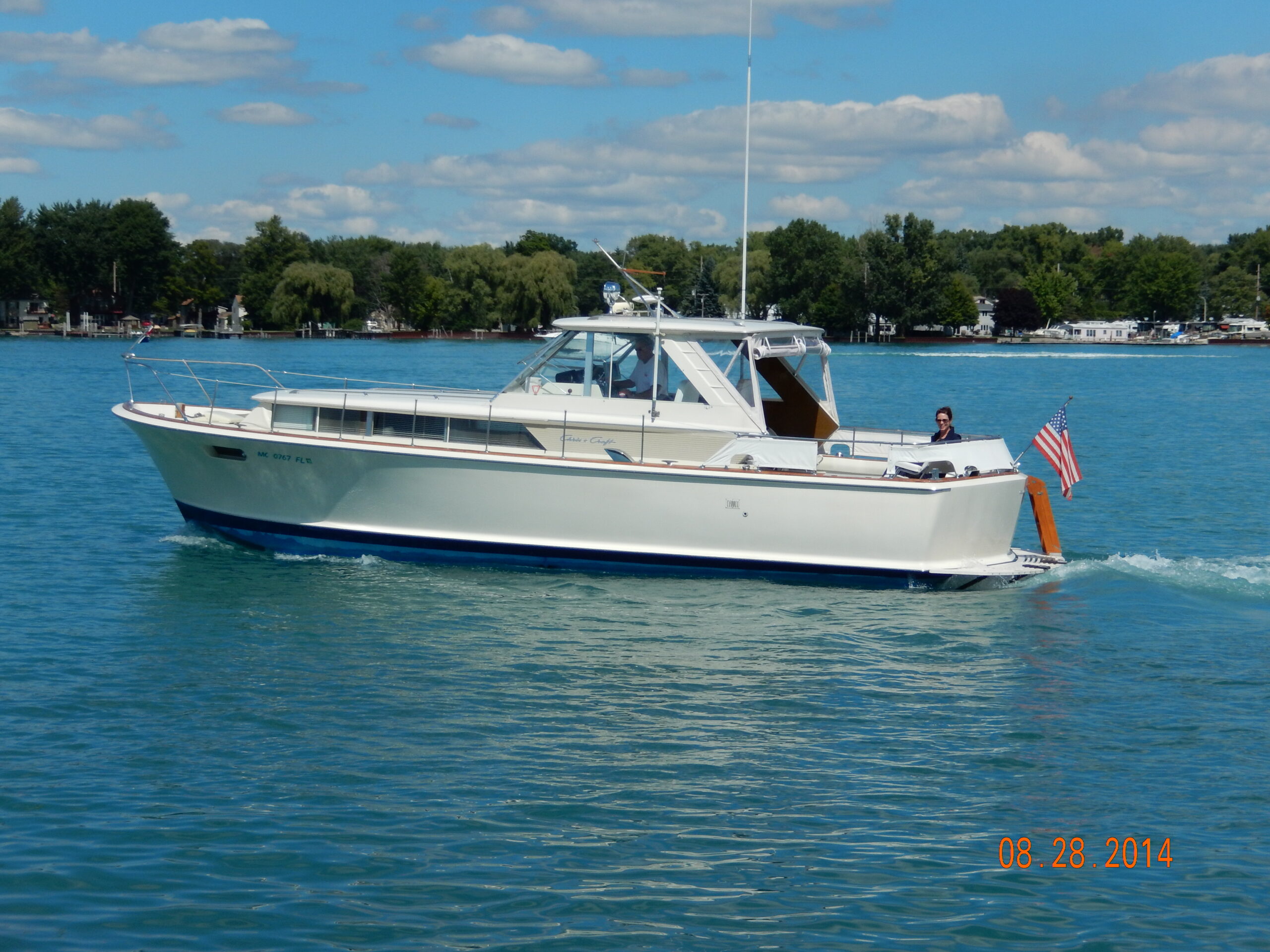 by Jim Hering member of the Michigan chapter

My current boat was shipped from Holland, MI. factory to Colony Chris-Craft in Algonac, MI. on June 26,1964 which happens to be my birthdate! She has always been docked on Lake St Clair. Interestingly I know the son of the 2nd owner, the 3rd owner, and the 4th and previous owners.

After my 3rd boat, I thought I was done with ownership. I had been helping the 4th owners with maintenance on the boat, when they decided to sell they called me. We completed the sale in August 2012.

The previous owners purchased the boat in 1997 and immediately re-powered her with new 454 Crusader engines-330hp each. She also has a 6.5 kw generator and reverse cycle heat/ac. Not too much in upgrades, the boat is very original. Just some chrome, helm seats and toe rail refinish.

I have been to local rendezvous with my boat.Also,attended several national rendezvous. I have met many owners, and Dick Avery,who designed all but the 38 Commander for Chris-Craft. I have met executive Herb Pocklington,and grandson Chris Smith, who was plant manager,when my boat was built.

I named her “Last Call”-I heard the call one more time,but this one is the last one! On June 26,2014 I had an informal 50th birthday party for her,We had birthday cupcakes and sang Happy Birthday,dear Commander! Here’s to 50 more!!