Life Aboard a Classic Boat 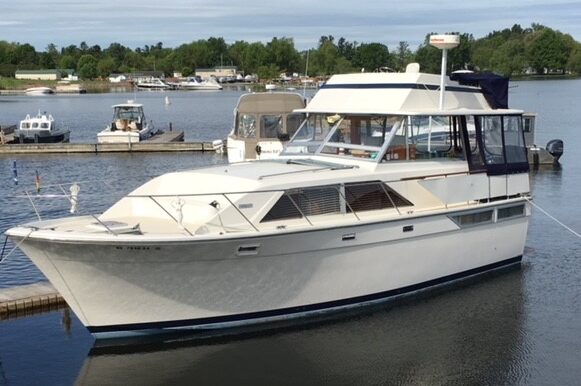 Once you own a classic boat, life can never be the same— at least that is true for Captain Ray and First Mate Betty.

Following our Garden Wedding in Moultonborough, NH in 1986, we had our boat hauled to Portsmouth, New Hampshire, for our Honeymoon cruise to Martha’s Vineyard, Nantucket, and surrounding Islands. It was the beginning of our dream to travel the waterways of eastern United States and Canada. Ten years later we celebrated our 10th wedding anniversary, again launching in Portsmouth for a 10-week trip. We could hardly wait for retirement when we could travel each summer on our boat.

After returning from a trip on our 1973, 35’ Chris Craft Catalina “Empathy III” in the fall of 2005, we got news of a boat for sale at Irwin Marina in Laconia, New Hampshire. A 1972, 40’ Pacemaker Tri- Cabin named “Touch of Class” she had been sadly abused but that didn’t stop Captain Ray with his Engineering Degree and First Mate Betty with her degree in Interior Design. Before the ink had dried on our check, we were hard at work. By May 2006, the Touch of Class was living up to her name. It was reborn with a newly fitted Aft Cabin, a rebuilt sunken Fly-Bridge, new mid-cabin windows, and an overhauled engine and generator. She was ready to be launched in Lake Winnipesaukee. In June, Captain Ray and First Mate Betty had her hauled to Portsmouth, New Hampshire, so she could begin her Maiden voyage for the summer. 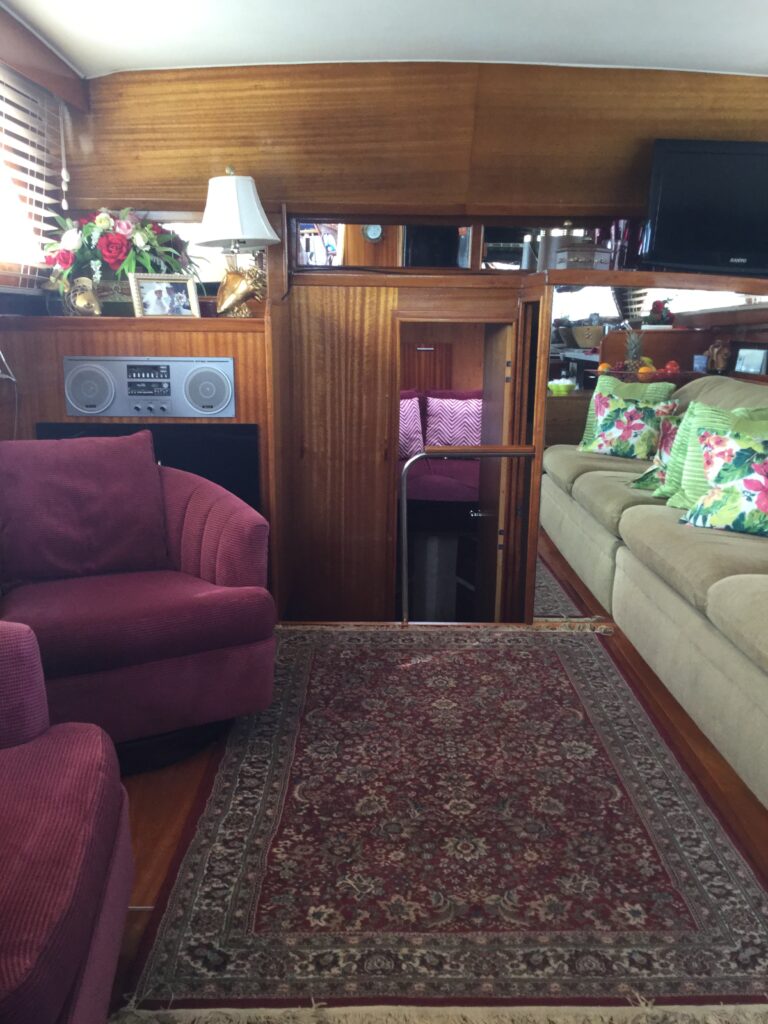 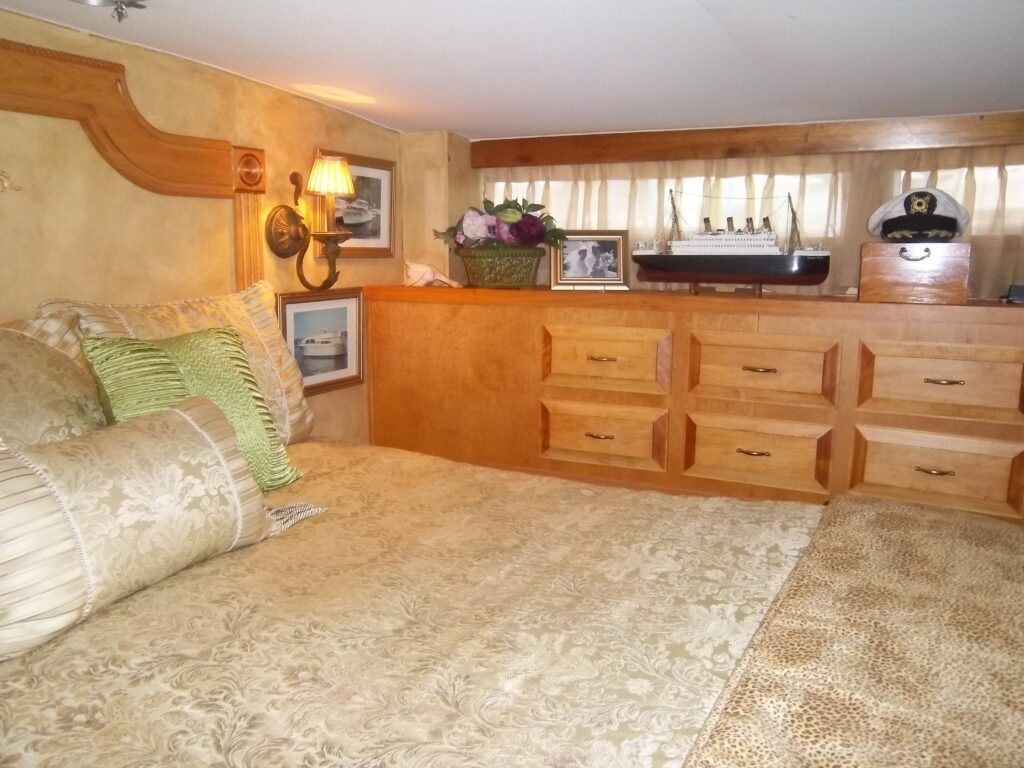 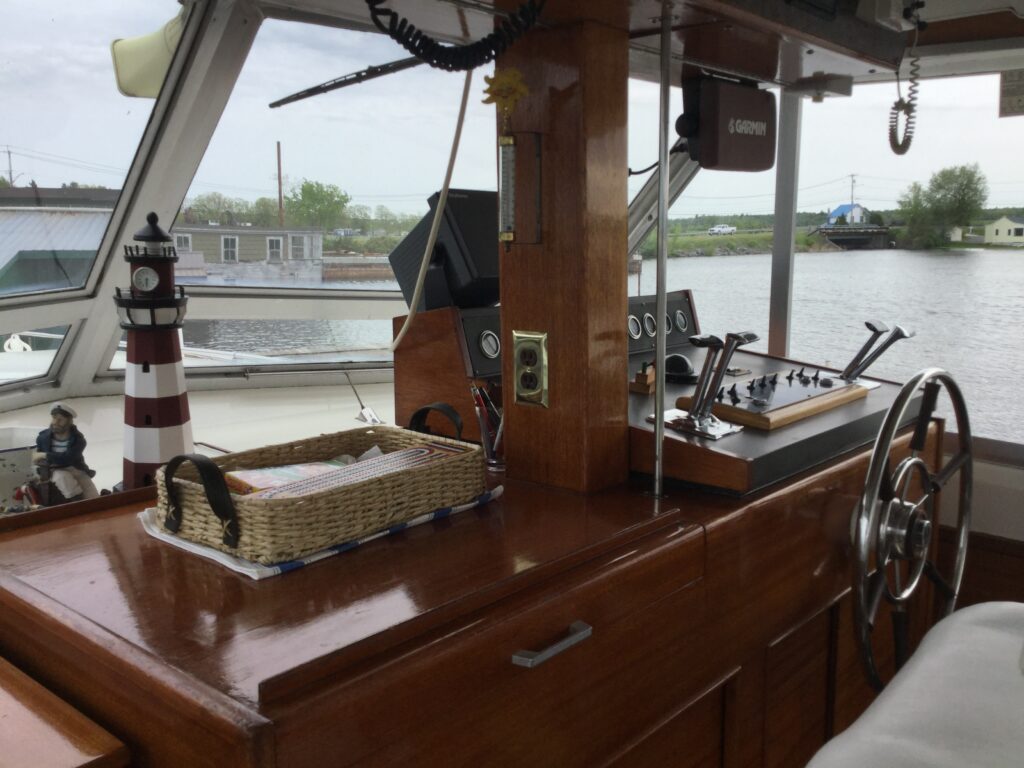 Ray accomplished many restoration projects and mechanical accomplishments on the Touch of Class for the next 13 years, and in 2018 the Touch of Class received an award at the 54th annual Antique Boat Musuem Boat Show in Clayton, New York, for the most Outstanding “Other Than Wood” category.

While cruising the Saint Lawrence River we found the amazing little town of Clayton, New York, where we would rest for a few days. Now in our senior years, we have chosen Clayton as our home port. Here we can continue to be surrounded by Antique and Classic boats each summer and take part in the Antique Boat Museum Annual Boat show, always a pleasure! 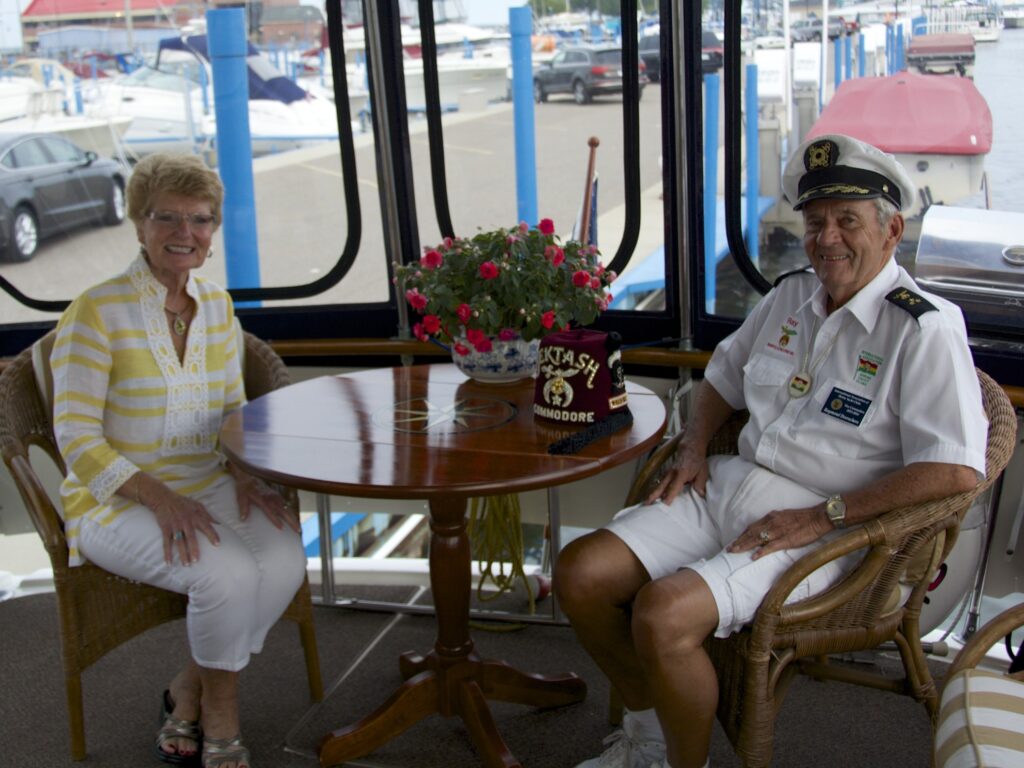 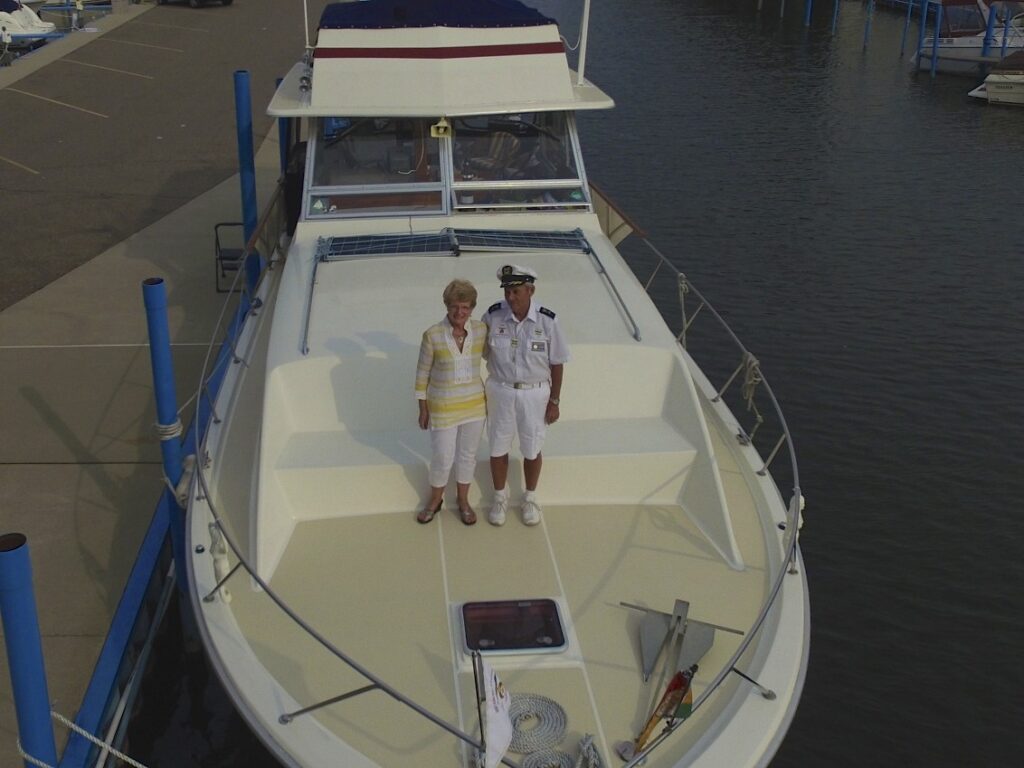