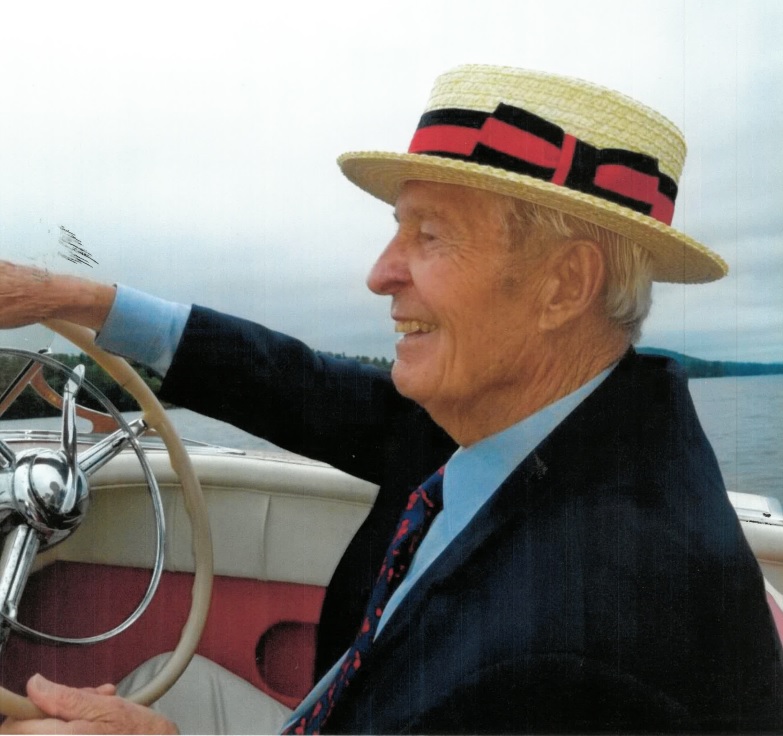 By Walter Frame Jr. member of the New England chapter

My love for Chris-Craft’s started in August 1937 on Lake George NY with me riding in my Grandfather’s 1929 Chris-Craft Cadet. I have had an amazing journey while spending 50 years on Great Pond in Maine.

In 1949 my family was at Candlewood Isle on Candlewood Lake, Connecticut in a Chris-Craft named Escape. This boat was primarily used for water sking and being a fairly good water skier I was approached by a water ski instructor from Cypress Gardens, Florida and asked if I had any interest in teaching. There however was one stipulation, that I paint his name on the side of the Chris-Craft which ended our conversation.

February 6, 1963 I purchased a 1962 Chris-Craft 16′ Runabout from Al Grover’s Marine in Freeport, NY for $2484. Unfortunately it sank off Fort Salonga, NY in a Nor’easter storm. Then July 1984 I purchased my 1949 Chris-Craft from George F. Johnson he lived in Wolfeboro NH. This time spending $4,500, she had the Chris-Craft model B engine and original red Naugahyde upholstery. The original owner Anni Sanford was from Auburn Maine and she had name the boat “Muschi. Shortly after in September 1986 the Chris-Craft was featured in “Down East” magazine.

I conducted the Antique and Classic boat parade on Great Pond and Mill Stream consisting of 27 boats, oldest one being a 1915 Launch and newest being a 1987 Old Town Canoe back in August 3, 1996.

The boat was surveyed in 2010 by Kent Thurston or Troy ME and said that De’ja’Vu was a wonderful boat that is obviously being kept in the right hands. Restoration also took place in 2010, with transom work being done in 2012. And finally being refinished by David Hepfner from Thunder Castle Boat, Readfield ME in 2019.

I have been a member of ACBS since 1984 and enjoy reading all the articles.