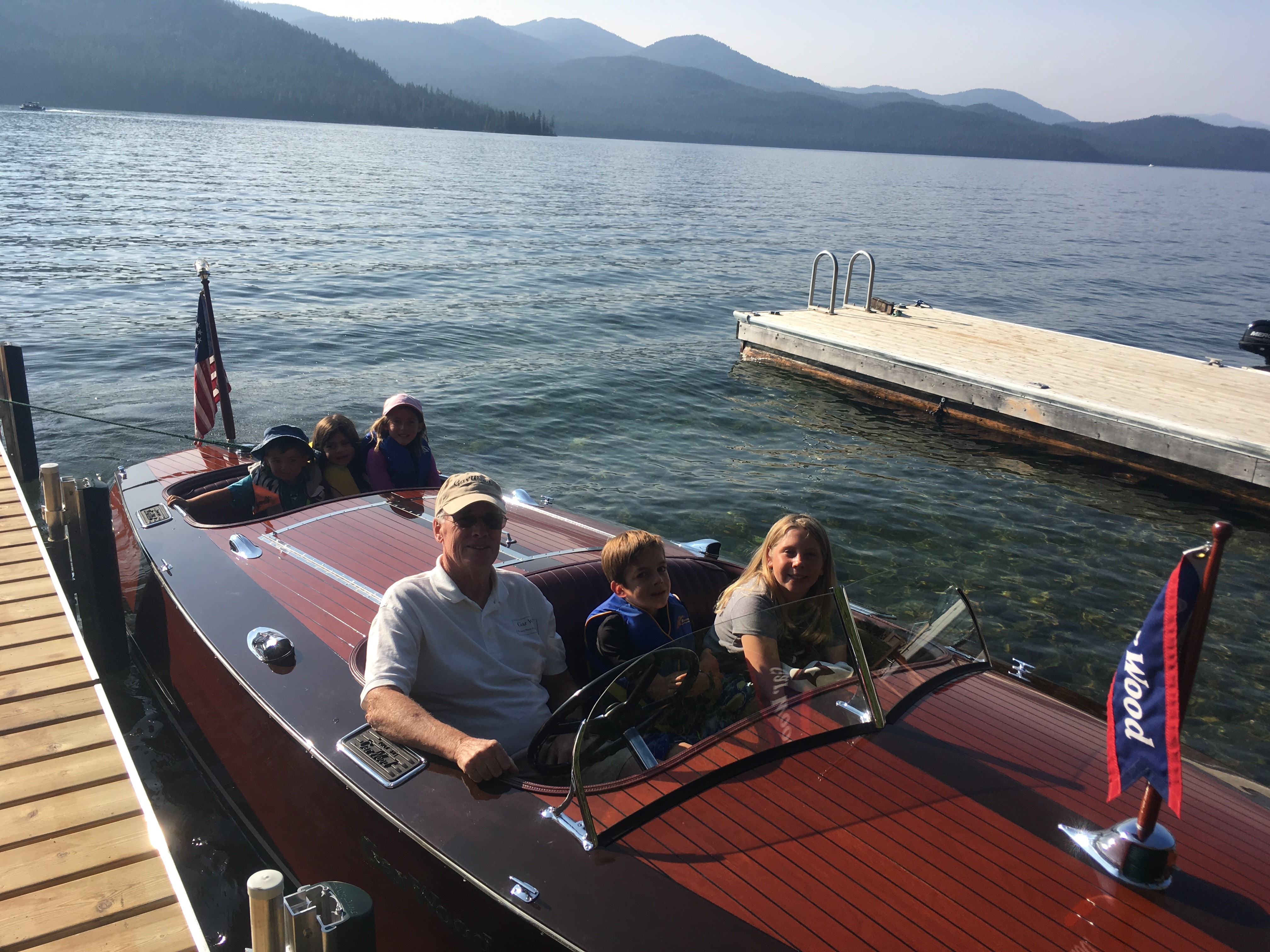 Perhaps twenty years ago I was looking into buying a wooden boat to have at our cabin at Priest Lake, and decided I should check with my mother about the kind my father owned when they had a cabin on Murray Isle in the Thousand Islands just above Clayton, New York. “It was a Gar Wood, and was it fast!’, was my mother’s response. That was it; any possibility of finding an inexpensive, recondition-able wooden boat went out the window. The hunt moved into high gear around 2010, and in 2012, with the help of our daughter, Caroline, a 1932 Gar Wood 18-35 runabout was purchased. Our daughter’s first priority was to re-name the runabout, and she chose to name it “Mollie”, after a favorite mountain at the north end of Priest Lake, Idaho where we annually gather huckleberries, keeping an eye out for bears (both Grizzly and Black).

Mollie’s hull production number is 4299, the last Gar Wood built in 1932. As a Model 18-35, it had a factory-installed Chrysler-CM 6-cylinder engine, rated at 75 hp. It was shipped to Saranac Lake New York on June 17, 1932. In 1947, the engine was replaced with a Chrysler Crown M27 with an up-draft carburetor rated at 110 hp. In 2006 the Chrysler Crown 250 cubic inch engine was rebuilt, re-balanced and fitted with hard valve seats to allow use of high octane unleaded gas, and refurbished with an original Zenith updraft carburetor; it is now rated at 140 hp. These recent engine enhancements were made by the previous owner to improve the boat’s performance at the 7000 foot altitude at Lake Tahoe as the altitude of Priest Lake and Lake Coeur D’Alene are around 2400 feet, it reliably exceeds the 35 mph design.

We have taken Mollie to a number of summer boat shows over the past six years, where it gets admiring looks from the crowd and I am able to discuss why it is so different from nearly all runabouts built just three years later. Between summer shows we take neighbors and our grandchildren for rides around the lake. The whole neighborhood knows when we start up, as the exhaust system is not muffled until the engine’s water pump kicks in, getting the grandkids and many others to cover their ears and smile.
Cruising on Whitefish Lake.