Look for RATIS at the 2018 ACBS International Boat Show 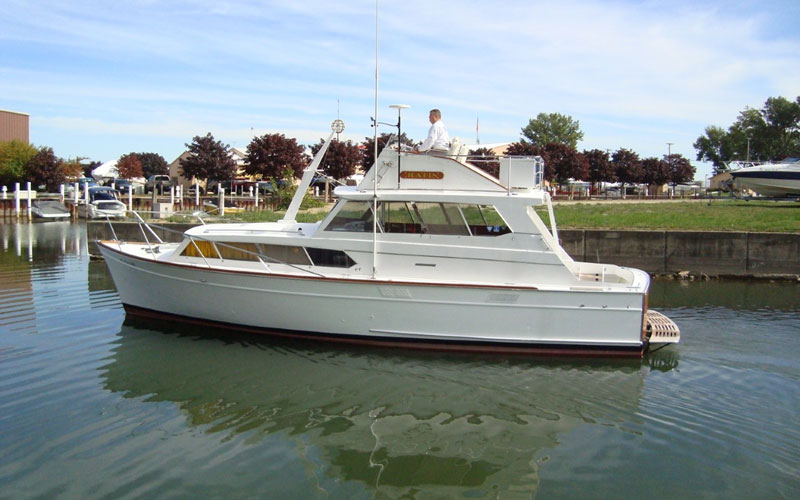 The 2018 ACBS International Boat Show in September will include many stunning vintage cruisers.

Port Huron, Michigan, is located on the protected shores of the St. Clair River which opens to Lake Huron. Cruisers are at home on the big water which flows under the spectacular Blue Water Bridge.

Every boat has its own unique story.  The story of RATIS goes back to 1965 when she became part of the McDougal family.  This story is told by Doug McDougal, a member of the Michigan Chapter.

Marie and I have been attending the Michigan Chapter ACBS shows in Algonac for a couple of decades. We also have shown RATISin various other Michigan Chapter sponsored shows as well as Blue Water Chapter (Canada) shows so I guess we are truly “international”.  Two favorite non-ACBS shows in this area are WAMBO in Wallaceburg, Ontario and the Detroit Yacht Club’s Fathers Day show. 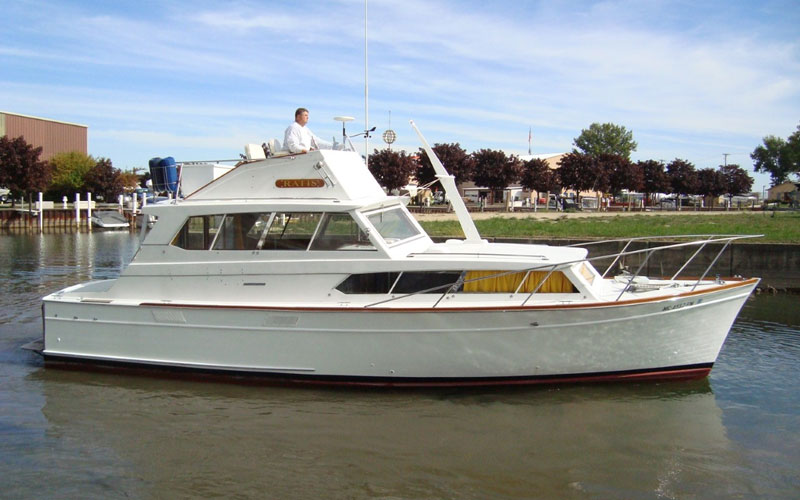 RATIS, the Latin word for “raft”,  is a 1965 36’ Pacemaker Fly Bridge Convertible Sedan cruiser that has seen many northern Lake Michigan, Lake Huron, Georgian Bay and Lake Erie ports as well as everywhere around Lake St. Clair and its tributary rivers over the years. She was purchased new by my father, John L. McDougal and delivered, on the hard, from the factory in Lower Bank, New Jersey on January 21, 1965, by Jack Mathes Sr. at Emerald City Harbor in St. Clair Shores, Michigan. 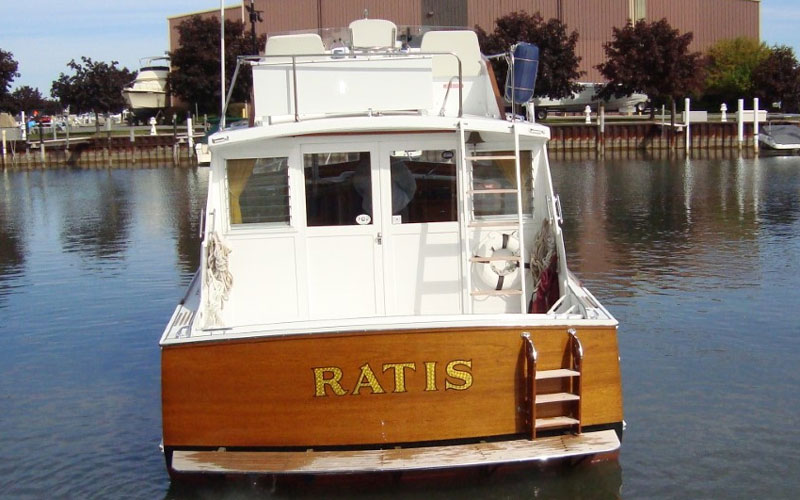 In addition to cruising, RATISserved as my Dad’s summer home from early April to November. She has always been homeported in Harrison Twp., MI  first in what is now Belle Maer Harbor and for many years now in the canal in our backyard. For many years she wintered at the old John L. Hacker plant in Mt. Clemens, MI where in 1998 she received a totally new bottom. More recently she has wintered at Schmid Marina in New Baltimore, MI under the care of Sean Lawrence.

We understand that there will be many cruisers in Port Huron this September and are looking forward to having RATISthere. 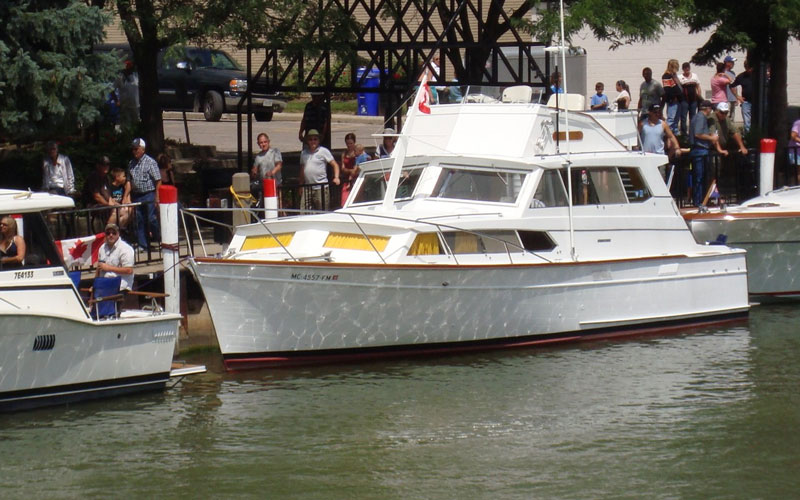 The first three pictures were taken by Marie from our backyard and the September 2013 one was taken by me in Wallaceburg, Ontario at the annual WAMBO (Wallaceburg Antique Motor and Boat Outing).

Thank you, Doug McDougal, for sharing the story of RATIS and increasing the anticipation for the Boat the Blue Show.

How can you share the story of your boat, or your fleet, or your chapter event?