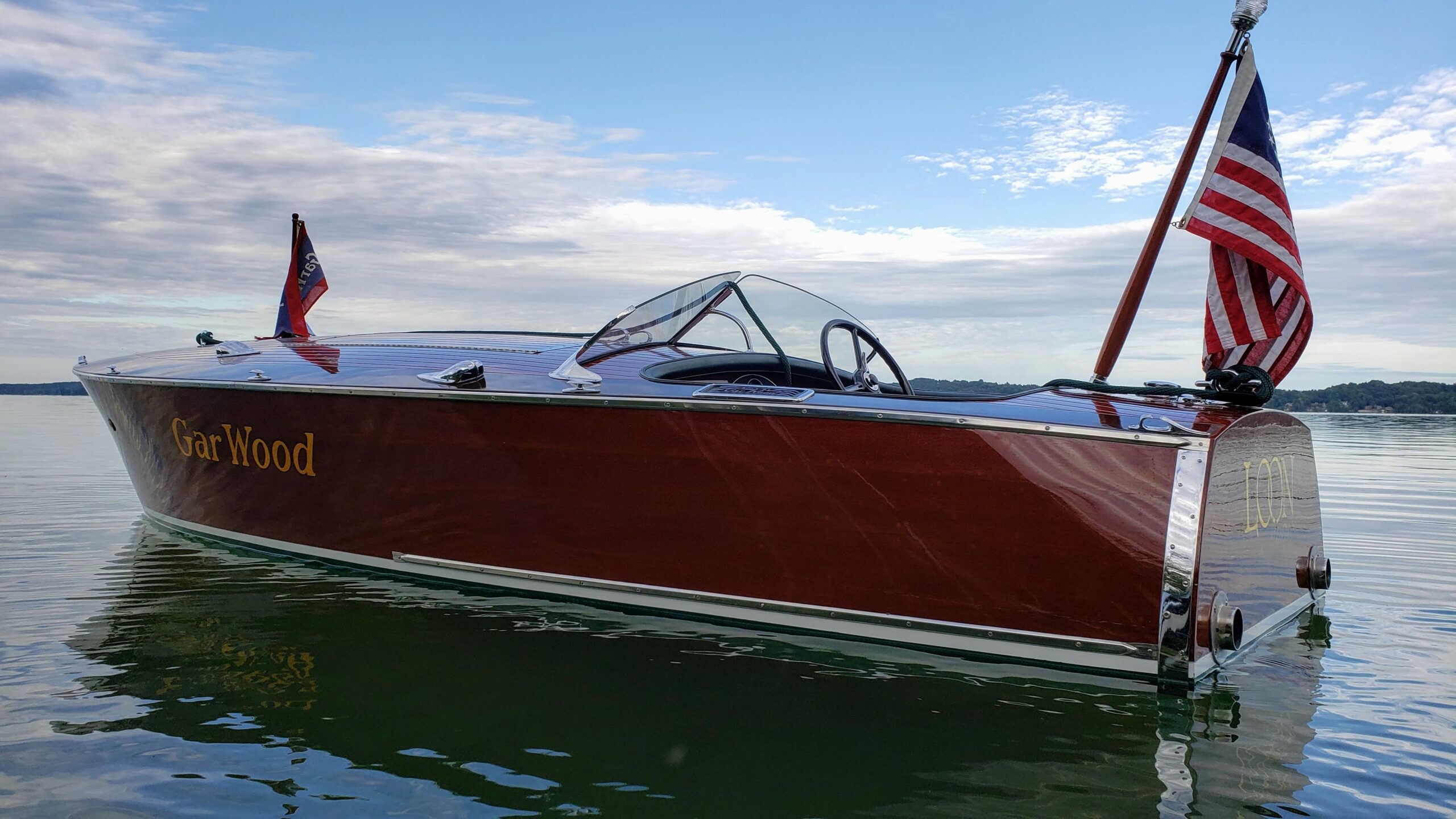 Our Gar Wood Speedster Loon Magic is a 2001 exact re-creation of the original 1935 gentleman’s racer. Loon Magic comes to current owners and ACBS Water Wonderland chapter members Tom and Diane Emling – filled with lots family stories, fond remembrances, and a fascinating folklore of growing up in Detroit during the 1950’s and 60’s with Tom’s grandfather Edward Wood.

Tom’s mom was Mary Elizabeth Wood-Emling, daughter of Edward and Evelyn Wood, and Tom’s grandparents. Ed was one of Gar Wood’s eight brothers along with their three Wood sisters (family tree note: Tom’s mom Mary was Gar’s niece and, in turn, Tom was Gar’s grand nephew). Tom remembers clearly throughout his childhood Grandpa Ed Wood as a soft spoken, cheerful, caring, creative person (who made the best shaker basket popcorn!) and a wonderful storyteller about growing up with his own 12 sisters and brothers and especially their family move from northern Minnesota’s lake country to make their home in Detroit at the beginning of the 20th century.

Although never claiming credit himself, Grandpa Ed Wood was thought by those who knew him well and his siblings to have made a significant contribution to Gar’s early business ventures, valuable patents, and Gar and brother George’s international Gold Cup and Harmsworth trophy boat racing success.

The design, construction, and performance of the original 1935 Speedster and our 2001 “Loon Magic” replica are copied from Gar Wood’s acclaimed mahogany Miss America powered race boats and their world famous supremacy from 1920 to 1933. The Speedster is a one of a kind specialty 16 foot two seat aft gentleman’s racer, regarded by many vintage and classic boating enthusiasts as one of the best known and most sought after models of the impeccable Gar Wood brand. Only nine of these renowned Speedsters were produced from 1935 to 1938, hand assembled at the Gar Wood Inc. plant in Marysville, Michigan — with no more than five originals known to have survived.

“Loon Magic” has been professionally restored and skillfully maintained by Mike Green and his craftsmen, with the gold and copper-leaf transom artwork hand-applied by Dan Davidson, all at Maritime Classics Antique Boat Restoration & Repair in Traverse City, Michigan. Our 1935 Speedster’s replica was crafted by boat builder Don Hardy, of McCall Boat Works, in McCall, Idaho, and completed in 2001.