Lots of Antique and Classic Boating in the Heartland 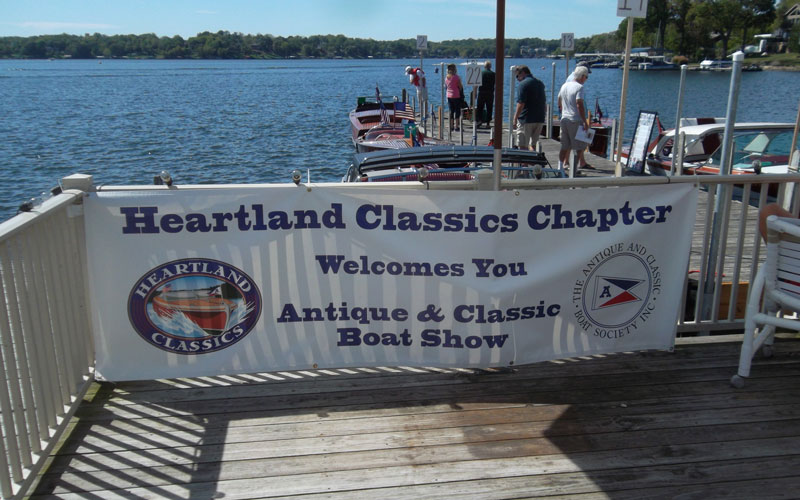 Five events in five weeks left NO reason to wonder what you could do with your vintage boat in the Heartland of America.

Eighteen Heartland Classics Chapter members attended the ACBS Annual Meeting and International Boat Show in Racine, Wisconsin to start the month of September.  The Chapter of the Year Award went home to share with chapter members.

The Annual Mahogany and Chrome Show on Grand Lake of the Cherokees in northeast Oklahoma was the next weekend.  Cruising on the Grand Lake on Friday was followed by a judged show on Saturday. 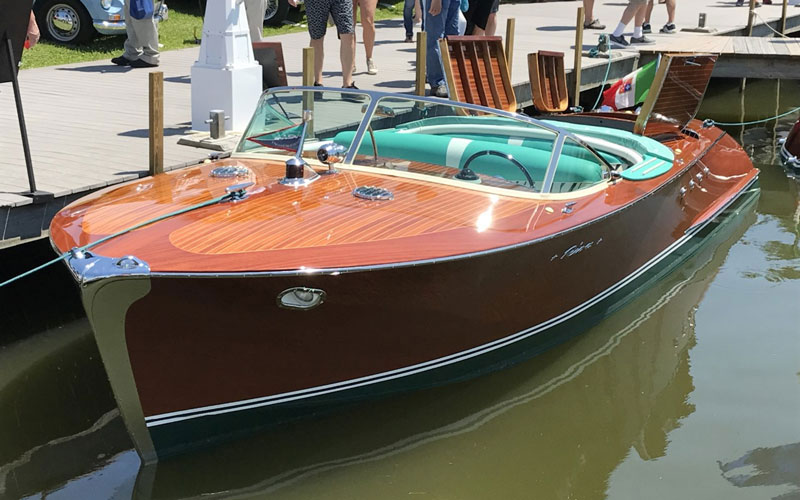 Lake Lotawana near Kansas City, Missouri, is a small lake surrounded by a small city. Heartland Classics members were invited to add boats to their first Lake Lotawana Wooden and Classic Boat Rendezvous.  Two dozen boats were admired by many spectators as funds were raised for the city’s Parks and Recreation Foundation.

That same weekend, fourteen boats were assembling in Muskogee, Oklahoma to begin a six-day, 370 miles with 13 locks adventure which was planned and led by Heartland Classics President Mike Yancey. Participants in this Arkansas River Odyssey II came from seven chapters.  It was chronicled in a journal by George Reaves and documented by many pictures taken by George Reaves and Jeremy Goldstein on the Heartland Classics Chapter Facebook Group page.

After completing the Arkansas River Odyssey II, several of those boats were joined by other Heartland members’ boats at the Arkansas Inland Maritime Museum on the river in North Little Rock, Arkansas. The variety of boats made quite a North Little Rock Vintage Boat Display for the public to see. 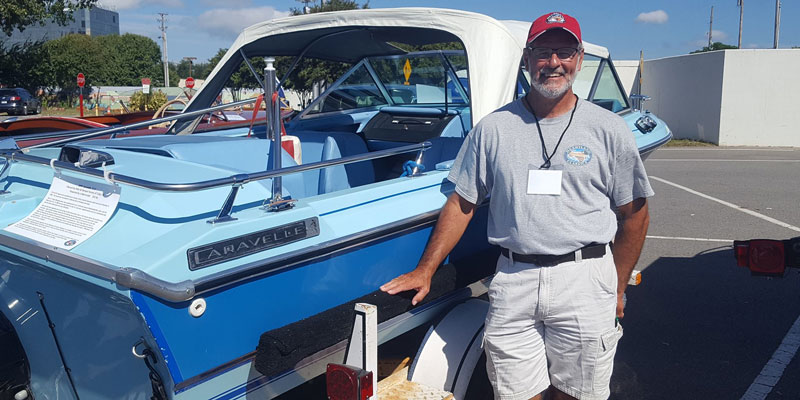 WHEW!  What a month of fun.

What is your chapter doing this fall?  Share your events on this website for the world to see what is going on with Antique and Classic Boats and their people.  Send stories and pictures to [email protected]