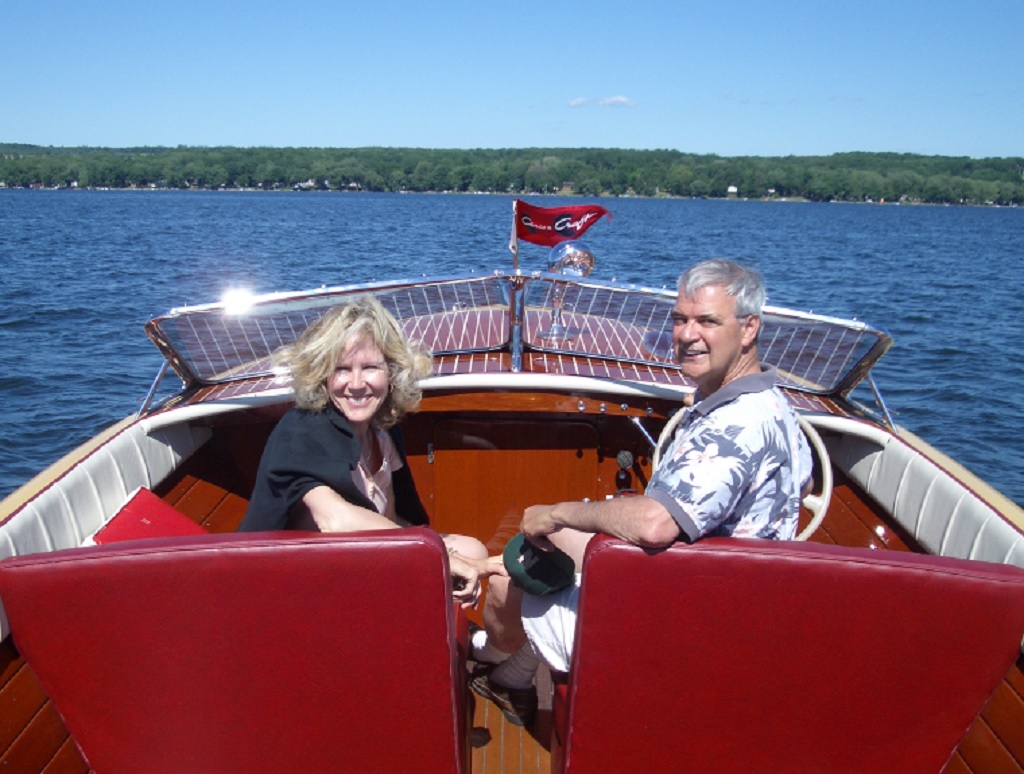 The first time I saw it, it was rolling slowly against the dock pilings on Chautauqua Lake, NY. My family vacationed at Chautauqua since 1915 but had never owned a boat. It was love at first sight. It was delivered to my Uncle Charlie on the Fourth of July 1952, possibly built at the satellite Chris-Craft factory in Jamestown, NY and sold by Margaret Lawson, owner of L-S Aero Marine, Bemus Point, NY. In the summertime, I attended camp at Chautauqua Institution, where my aunt and uncle owned a house and my cousin would take me on cruises around the lake. In 1976 my uncle sold the property with the boat to me and my wife, Ruthann.

Built of mahogany, it was basically sound, but time had taken its toll. My father, using his skills as a mechanic, brought it into running order. At L-S Aero Marine, Dave Lawson and his sister, Jean, took over the business after their mother retired. They repaired, restored and wintered our boat, on its original cradle for several decades. Dave retired a few years ago and donated the property to become The Lawson Center, a regional marine museum in Bemus Point.

The boat is part of our family. All five children have learned to run, dock and secure the lines, some perhaps better than others. Knowledge of the lake and navigation could be a challenge, particularly in a heavy fog while returning with a date late at night. A major catastrophe never occurred, though running aground, stalling in seaweed and a bent propeller created some interesting explanations. The boat still is a topic of conversation whenever our family gets together. It has been a major part of our lives spanning four generations. Lafeet remains on Chautauqua Lake since it was first launched. It has recently undergone a new bottom and additional restoration this winter in order to be ready for yet another summer of great fun