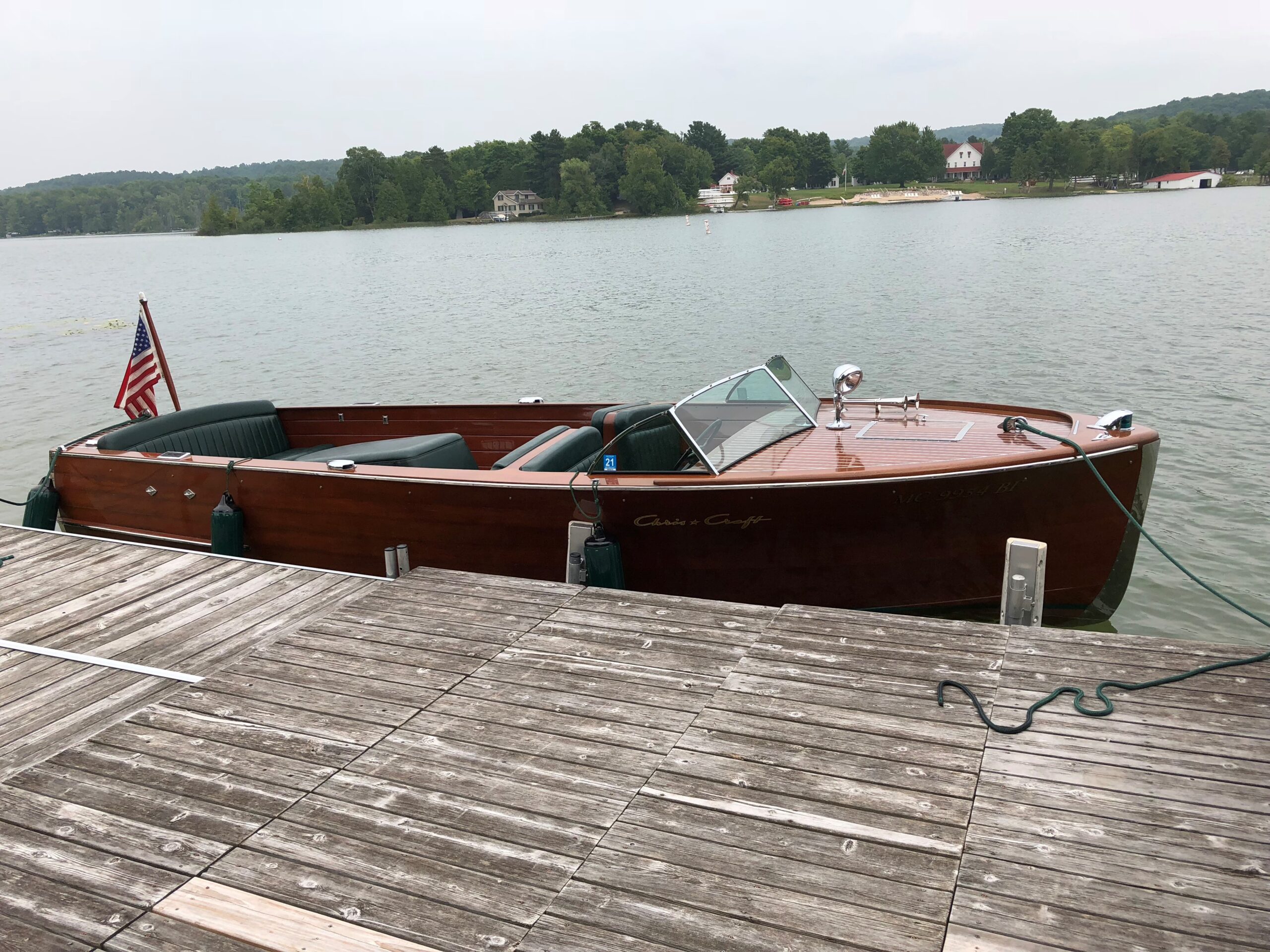 by Mark Woolsey member of the Water Wonderland chapter

As a kid, our “summer” next-door neighbors on Lake Leelanau had a beautiful wooden boat, a Garwood, that I later found out belonged to Mr. Gar Wood which he used as a tender. The Meeker’s used to take us out on the “BO-BO” for evening cruises. I was smitten by every aspect of that magnificent machine.

My mother and I spoke often over the years about how I would own a wooden boat one day and we would go on cocktail cruises at dusk and watch the sunsets on the lake.

In 2002, after a seven-year Alzheimer’s decline, I sat on her death bed and leaned in to whisper in her ear that I would get that boat someday and I would name it after her, and she would visit us as we cruised Lake Leelanau at dusk.

In 2018, prior to my 65th birthday, my wife asked me when I was planning to get that wooden boat I had been talking about for so long. She reminded me how I was no spring chicken! With her support, I started the search, and within three days I had identified the right boat for sale.

I spent three months in a friend’s warehouse dismantling the 1946 Chris Craft 22U and refinishing the entire boat. With a little help from my son and from a “wooden boat” mentor, along with the video tutorials available from the ACBS, I launched “LUCY” that summer!

During the summers of 2018 and 2019, I had persistent engine issues and over Labor Day weekend 2019, “LUCY” was out of commission. After numerous phone calls, I realized no one was coming to get me back on the water. Then I called the company Maritime Classics and spoke with Mike Green. He told me that “no man should be without his boat on a holiday weekend” and an hour later showed up to fix the engine. As he worked, I noticed a tattoo on his arm and asked if he had served in the military. “No” he said, and showed me that the tattoo was of the Chris Craft Company Crest. It turns out that Mike is a great grandson of Chris Smith!

So, I started my woody adventure on Mr. Gar Wood’s tender and now work with Chris Smith’s relative! The woody world is a small and friendly one. My mom Lucy would have liked that.