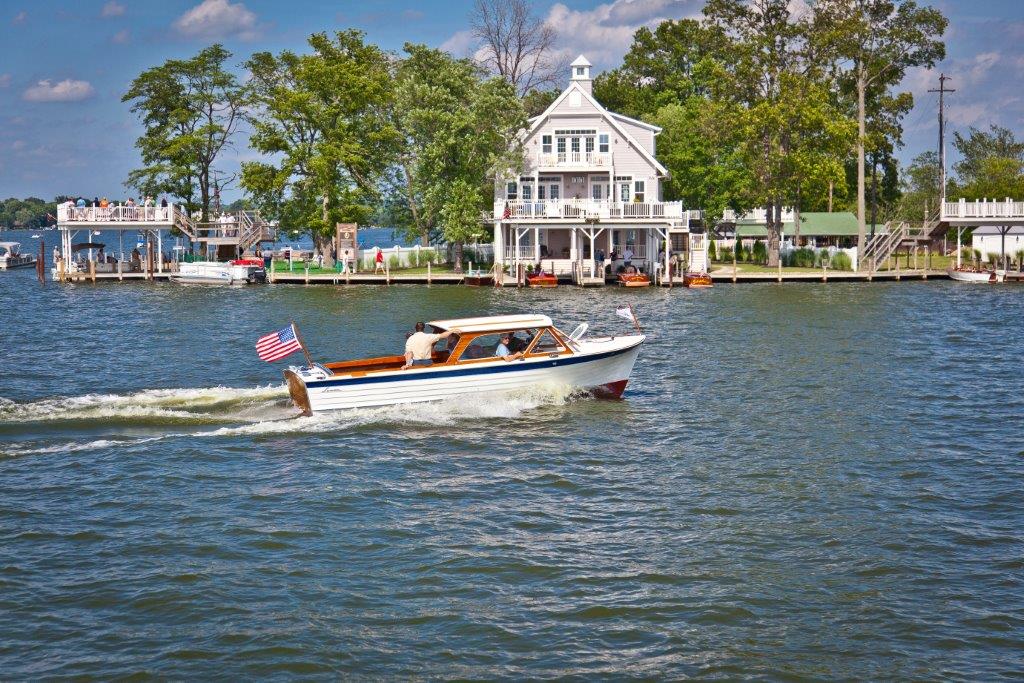 While driving from Buckeye Lake to Columbus, Ohio, on May 14, 1997, I noticed a 26’ Lyman Cruisette on its original cradle on a flatbed trailer. I remember the hull being freshly painted and looked perfect. I had just sold my 1972 26’ Lyman soft top, and I felt this was meant to be. The boat was originally built for a longtime Lyman employee who used it to fish for walleye in the spring, and then stored it inside during the rest of the year.  He was moving to Florida and was deciding on whether or not to take his Lyman with him.

He could see how much I wanted the boat, and we made a deal that if he towed it to Buckeye Lake (20 miles away), I would take it. He pulled it to Buckeye Lake Marine and Dave Levacy (the owner), hoisted it in the water put a new marine battery and fired it up. Everyone was surprised how dry the bilge was. I met him at the Marina and counted out $4,500.00 to him, shook his hand, and cruised across the lake to my boathouse where it has been ever since. 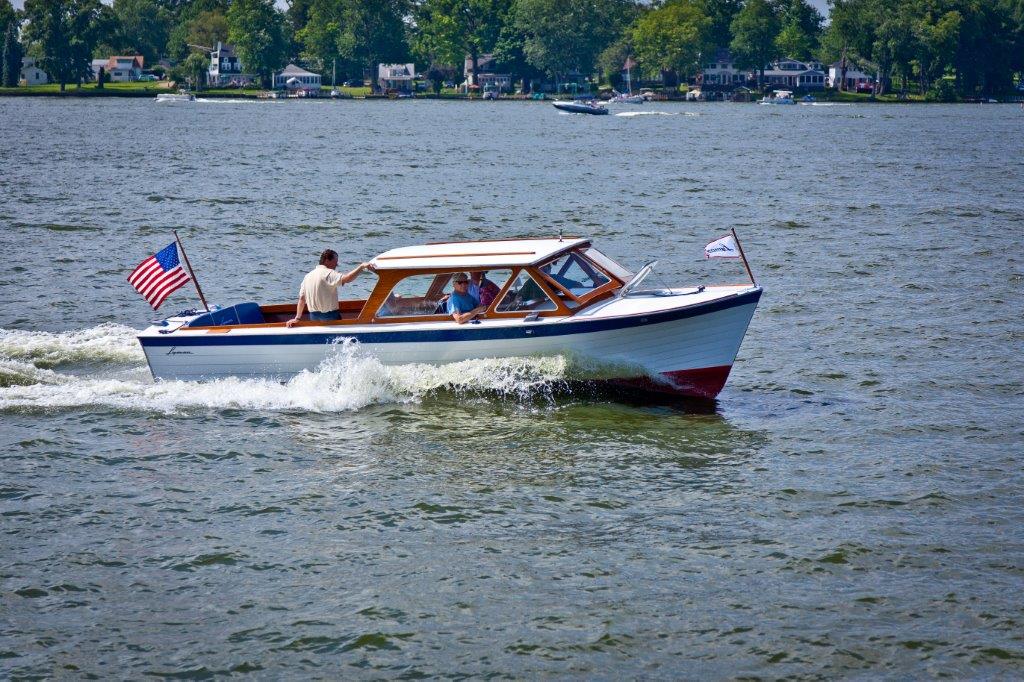 In the winter of 2000 I had it completely restored inside and out.  Then in the winter of 2009 vandals broke into the boathouse and flipped the hoist switch on that raises the cradle in the boat house. This forced the boat into the ceiling of the boathouse, pushing the bow rail through the deck. I had the deck replaced and the hull sides refinished white with red waterline stripe and blue shear strake. I also applied the Name LYBATION to the transom in gold leaf and varnish transom 3 coats by Zimmerman Boat works. 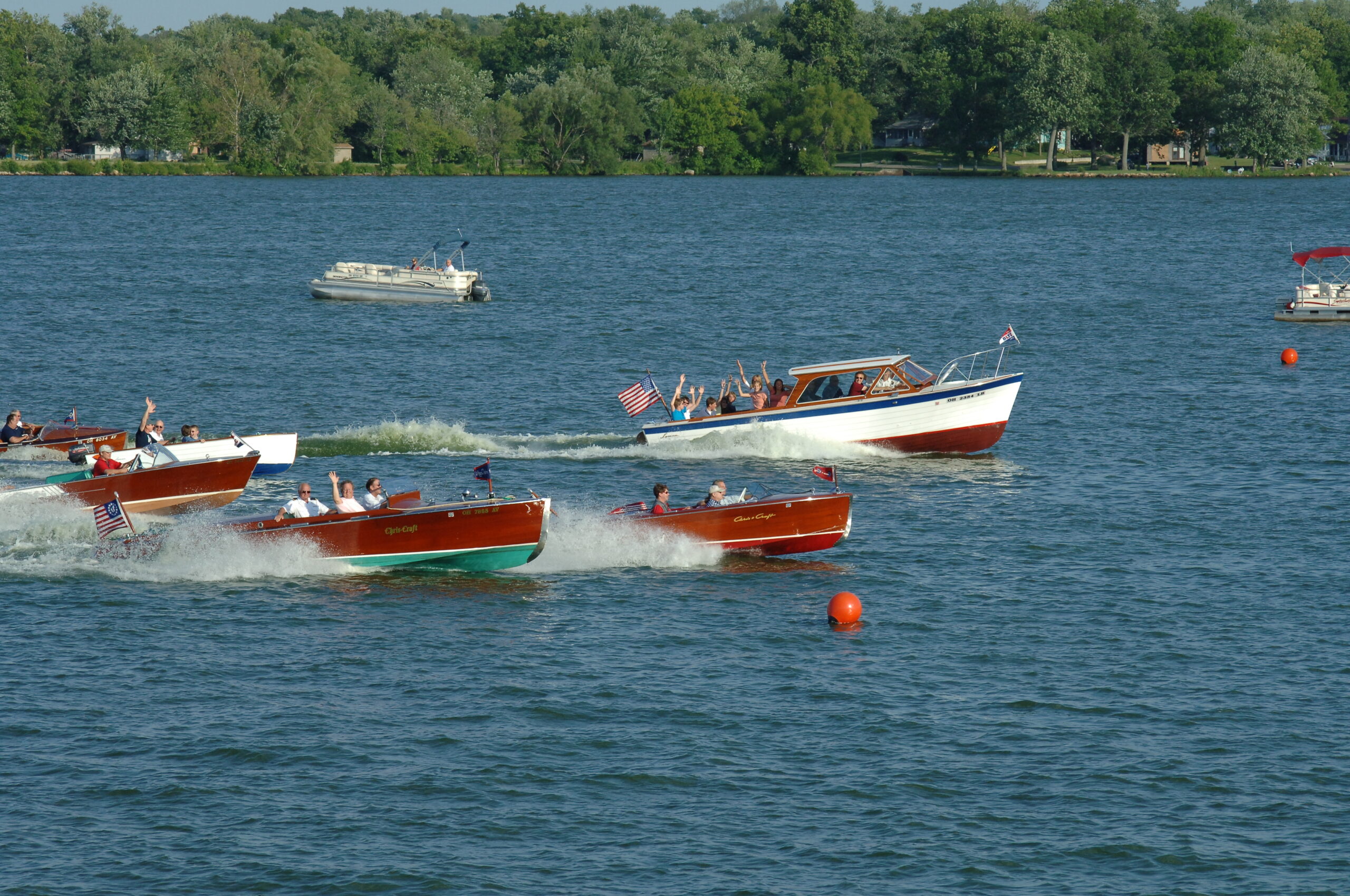 We also own a boathouse in Sandusky next to the Lyman factory. Here, we keep a 50 year old Chris Craft and a 34 year old Boston Whaler both in showroom condition. Everyone thinks we should move the Lyman back to Sandusky Bay.  I look at it this way, there are hundreds of great Lyman’s on Lake Erie. On Buckeye Lake a 52 year old wood Lyman it is a real one of a kind!