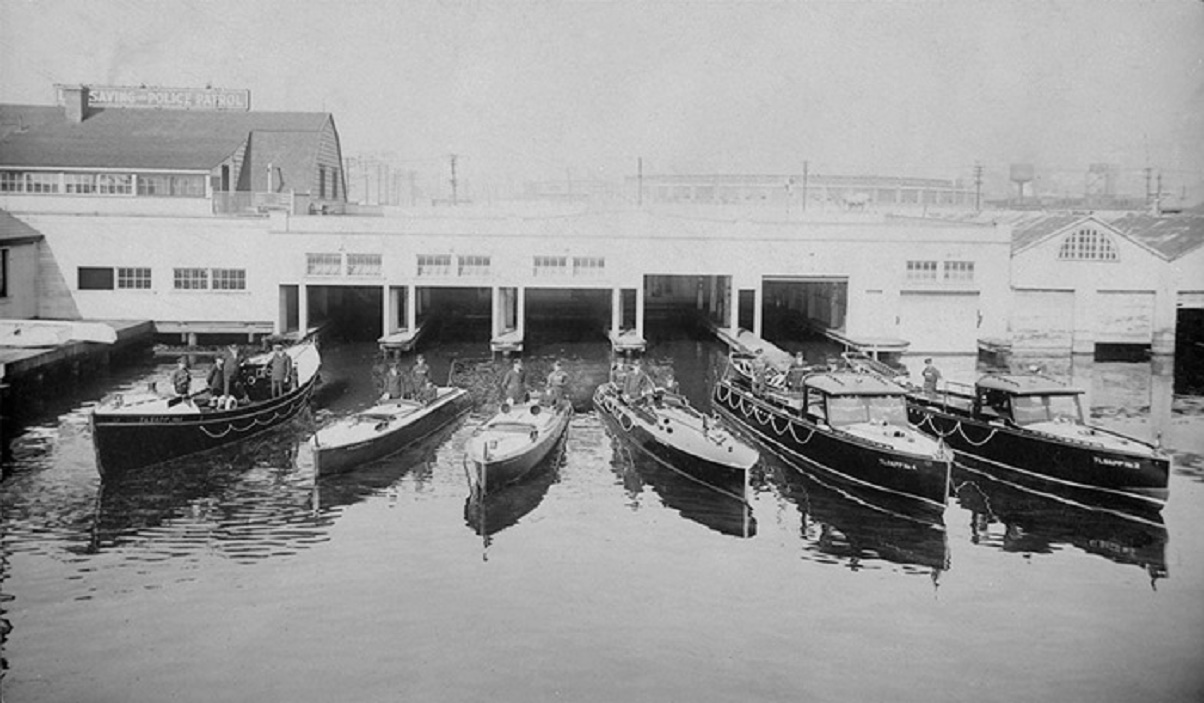 By Graeme Hoatson Beattie member of the Toronto chapter

Recently I saw a post on the Facebook page “Vintage Toronto” that caught my attention. It was a picture of an antique launch used by the then Toronto Life Saving and Police Patrol Service, a department of the Toronto Harbour Commissioners established in 1921. I was curious if they still had her in use today as I had a chance meet-up with a similar boat in 1986.

I was attending the Antique and Classic Boating Society-Toronto Chapter’s boat show that year with my 1950 20’ Chris Craft Riviera. On the Sunday I took the family out for a cruise around the harbour and the islands. We were heading out the western gap when this nice launch approached. They waved us over. I thought it was another boat from the show, so I was surprised it was the police and they were on patrol! They did a safety check of my boat then warned us that Lake Ontario was quite windy with high rollers and felt our Chris was too small to handle the conditions. We heeded their advice and returned to the harbour.

The Toronto Life Saving and Police Patrol morphed into today’s Metropolitan Toronto Police Marine Unit. The unit is head quartered on the former site of the Toronto Harbour Police which includes a nine-slip boathouse. In that boathouse resides a fully restored 1939 33’ J.J. Taylor patrol boat, THP #5. The boat was built for use on Lake Ontario with a deep V hull designed to slice through the waters. It is the only remaining police vessel of its kind in active duty in North America. The head of the unit exclaimed in 1997 “if we continue to maintain this boat, it will outlast any of our boats down here”. While it still does some regular patrols, it is mainly used as a ‘VIP’ boat to transport dignitaries during special or ceremonial activities

Now that I have seen the pictures and read some stories, I do believe this was the same wonderful launch I encountered in 1986.