Making Friends Along The Way 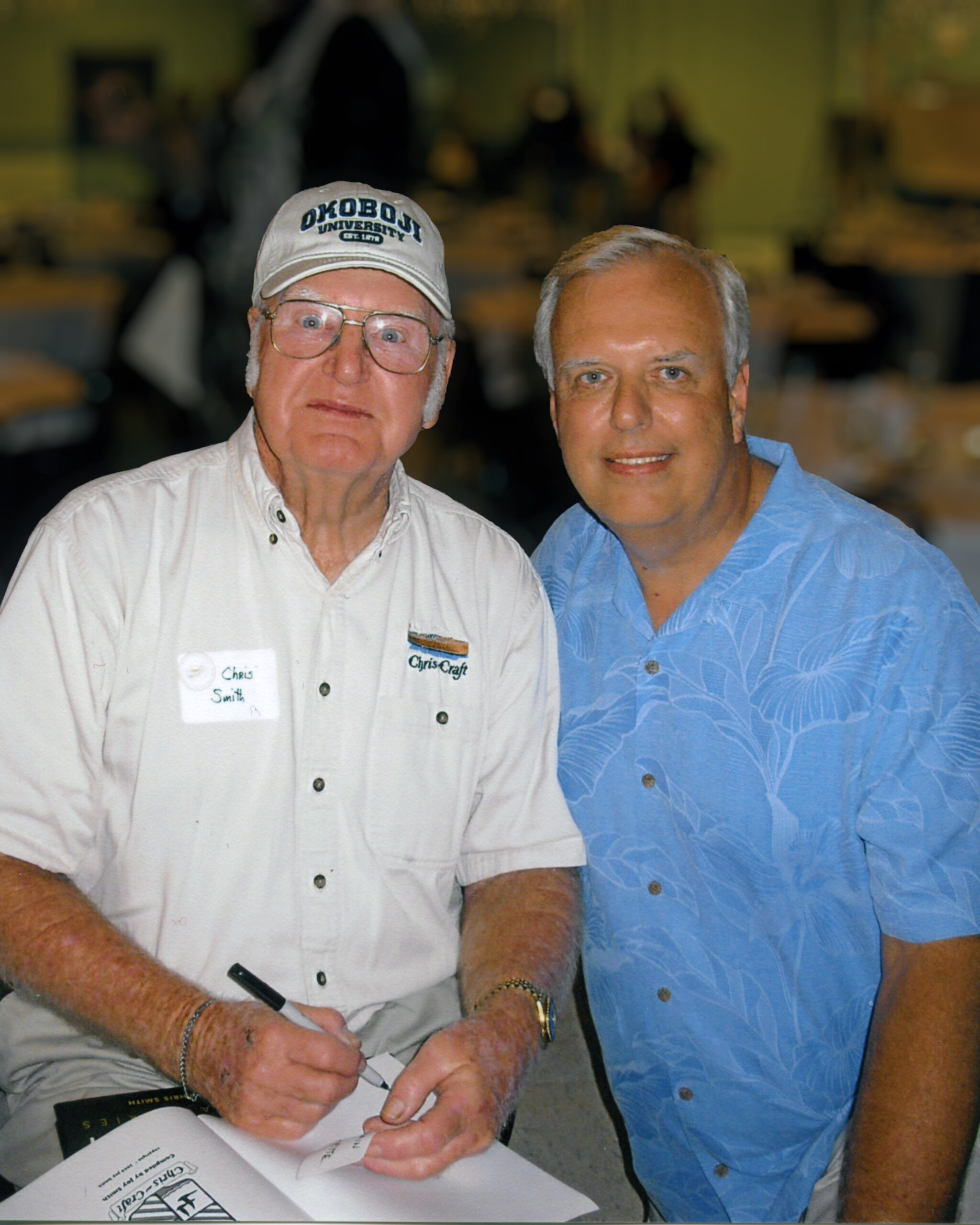 In September of 2003, while looking for a classic wood boat to purchase, I came across a farmer that had an old boat sitting behind his barn. During our conversation, he asked if I would like to see his boat collection. The next day, he took me to his Quonset hut with minimal lighting and gopher holes scattered around. With a flashlight in hand, my adventure began.

As we toured the building, he gave me a history lesson on where each boat came from and what type they were. In the last corner of the shed, sat a mahogany boat covered with a dirty tarp. It was a 1936 Chris-Craft Deluxe Utility 18′ boat. I told him I was interested in buying the Utility, but he refused to sell it. He had purchased it 25 years prior and the boat left him stranded on Lake Carlos. Because of that, he didn’t want me to buy it and be disappointed.

In March of 2004, I saw his obituary in the local newspaper. My heart sank. I couldn’t get the boat out of my mind. So, I contacted the farmer’s brother who said my name was on a list created by his brother before his death and the 1936 Chris-Craft was to be mine! A month later in June of 2004, though still under restoration and on a trailer, I displayed it at my first boat show sponsored by the Minnesota Lakes Maritime Museum in Alexandria, MN.

I have had the privilege of working with Tom Juul of Juul Boatworks in Evansville, MN, to get the boat water ready and now to keep it afloat. I was involved in the restoration and applied numerous coats of varnish, with the final finish coat done by Juul. Tom replaced the original bottom and new upholstery, flooring and transoms were installed. The original “H” motor was very tired and was replaced with a 95hp “K” Chris-Craft.

My wife and I have displayed the boat at many shows in the region. It won Best Antique Utility at the 2007 Land-O-Lakes Rendevous. The highlight of my boat ownership came at the Lake Okoboji boat show when the guest speaker, Chris Smith, asked what I was showing. When I said a 1936 Chris-Craft Deluxe Utility, he responded that he helped build that boat! The next day, he sat with us in the boat and told us the history. After purchasing the boat, I renamed it to “Summer of 36.” It can be found at our cabin on Lake Miltona where it is used by our family.