Making What Is Old New Again 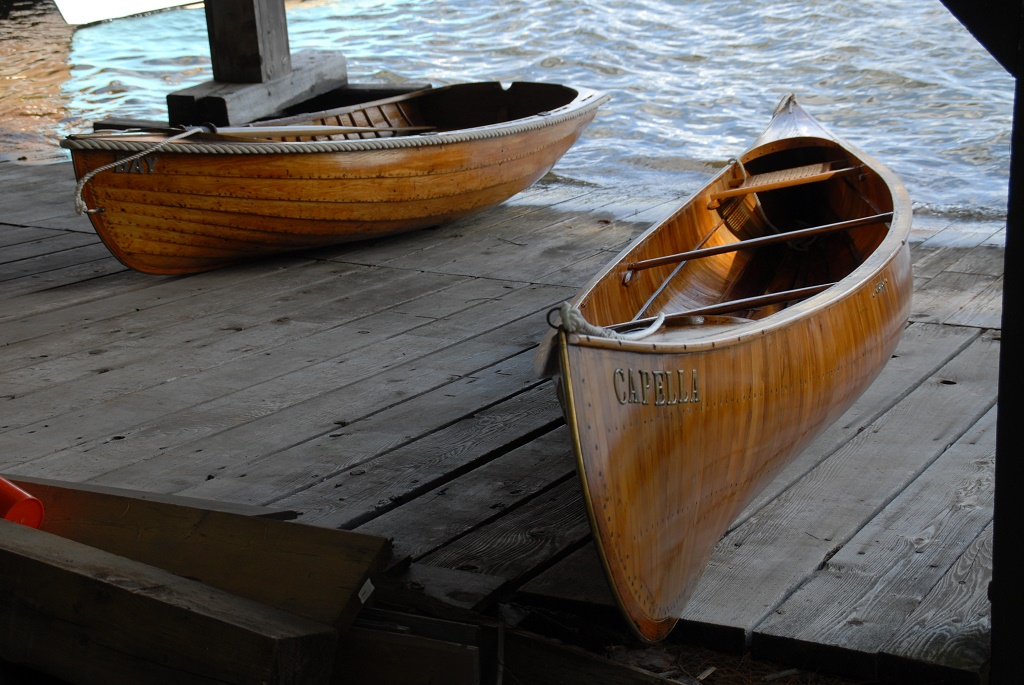 by John Peck member of the Toronto chapter

In the summer of 1920 on Lake of Bays in Muskoka, Ontario, Canada, my father had just been given his first boat at the age of five,a rowboat (Bay) of his own to experience the freedom of exploring the lake at will. From my conversations with him later in his life I know he did just that. Although I am not certain of the boat’s pedigree, I know that my grandparents were customers of the Peterborough Canoe Company, which built their first boat in 1910, the canoe “Capella”. So, I made an educated assumption that the rowboat may have shared the same lineage.

Bay is a of a very seaworthy design, despite her relatively low freeboard. Her hull is rounded and nimble, so she rolls in the waves (very pleasantly). She tracks well, but can pivot on a dime. She is quick, but she is not vector-fast like a rowing skiff. She is small enough for a child to command, yet large enough for an adult to enjoy comfortably. For almost a century she has been one of our family’s two boats of choice, along with Capella, for excursions around our (5-acre) island.

Years of grinding up on rocky shores and sitting on the boat ramp with residual bilge water took their toll. Despite their sturdy constitution, both Bay and Capella eventually began to show signs of deterioration. Occasional efforts to extend their lives, such as painting Bay’s interior tan over the blistered varnish and applying fiberglass patches over leaking seams, proved more cosmetic than effective. Enquiries about more complete restoration revealed that the skills to maintain, much less build, these elegant craft were becoming a lost art.

In 2005 at a local boat show I met two hobbyist boatwrights who produced some remarkably good small boats out of their own basements. After surveying the status of Bay and Capella they agreed to restore the boats over the ensuing winter. Their meticulous workmanship, attention to detail, and ingenuity would have made the original craftsmen who built the boats proud. The delightful handling of these boats in the 21st century is a time capsule from the days when wooden boats, crafted by master artisans, were the norm.