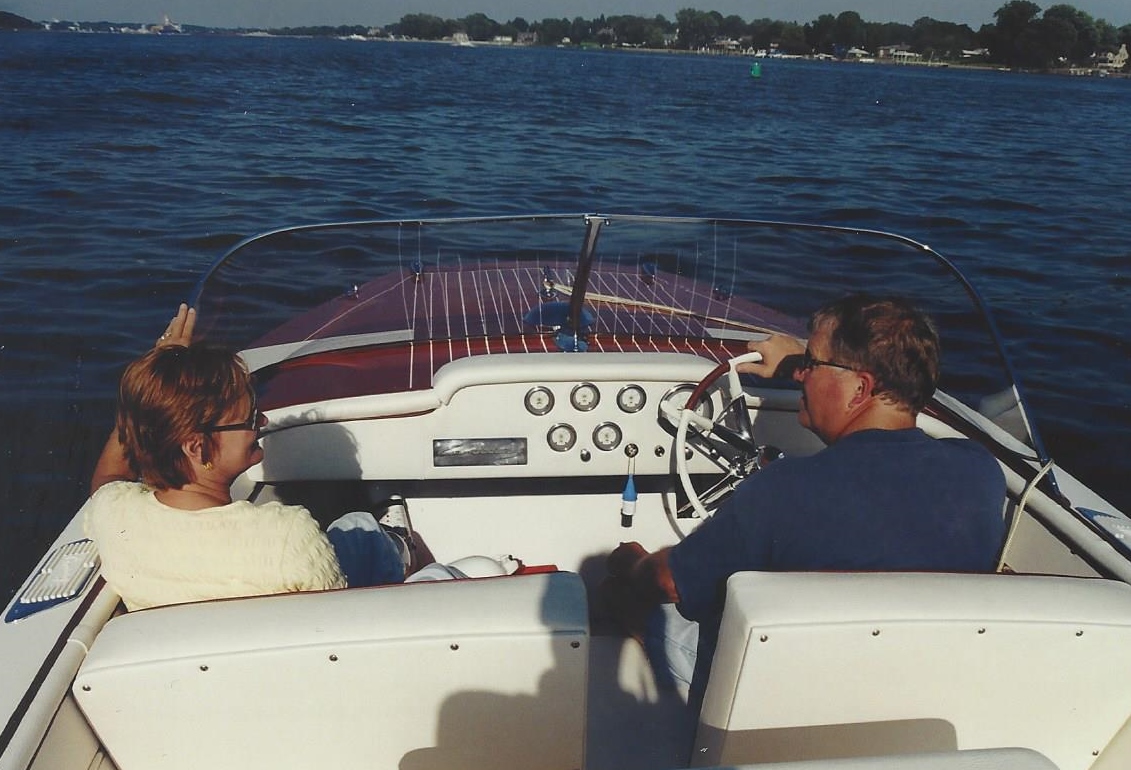 by Casey DeHollander member of the Water Wonderland chapter

My first memory of wooden boats goes back to my uncle’s Chris-Craft U-22 on Lake Charlevoix. She was a real head turner. Another uncle owned a cottage on Big Star Lake. I spent a lot of time there in the summers watching the fastest boat on the lake, a Woodie with a Ford Interceptor engine. I thought, someday.

It was about 30 years later when I opened CD’s Engine Service and began restoring wooden boat engines that I began looking for our own Woodie. One of my customers, Scott MacKercher kept an eye out for us and called one day to say he had a 1959 Resorter that he thought we should look at. We did and brought her home shortly after. We had quite a bit of work to do to get her on the water. We installed a new deck and all new interior, restained, revarnished, redid the bottom paint and of course, gave her a new engine. She was nameless at the time so I named her “Marsh Wood” after my wife Marsha.

It sure was fun getting Marsh Wood back on the water. We took her to the show on the Mississippi River in Muscatine, Iowa (where she took the President’s Choice Award) and several times to Hessel, Michigan (where twice she took 2nd place in her class). We have enjoyed taking many friends out on the water and our three grandsons grew up with the boat. Yes, we do take grief for her distinctive squared-off “aircraft carrier deck” bow but we take it in stride as we glide through Lake Michigan waves. Our friends are getting wet as we stay dry. Also, as and engine rebuilder and a hot rodder at heart, Marsh Wood is now one of the fastest woodies on these waters!