Master Of His Craft 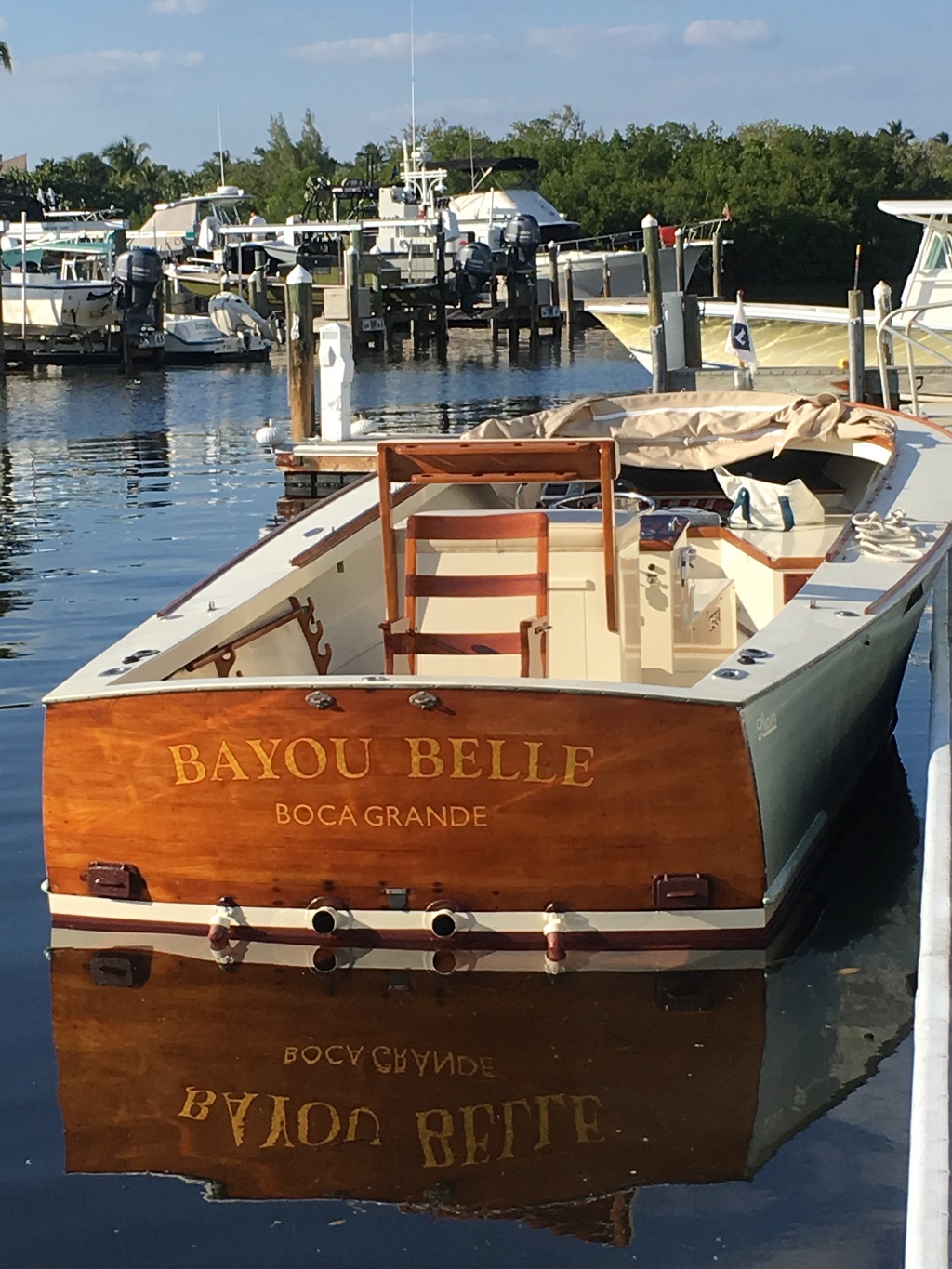 By Jed Lykes member of the Sunnyland chapter

During several visits to Boca Grande during the 1960’s I was always fascinated and attracted to the numerous wooden boats which operated in and around the area. Not only were they physically attractive, but the ones I had the pleasure of riding in were built for any type of weather that may have come up. The feel of a wooden boat has always been more stable and provides a very smooth ride.

When I moved to Florida the one boat which really appealed to me was a Luzier 26’. To me this boat is the classic West coast craft, a high bow with ample design to withstand weather, nice freeboard, and yet the boat could run in a depth of only 18 inches. Its designer and builder, George Luzier, had built only five of these which made me think I would never find one. When I called George to inquire about the availability of one, I was quite astounded to learn that he knew of one for sale. I immediately contacted its owner and began negotiating for its purchase.

As its new owner I got to know the boat well when George painted and made minor repairs in his Sarasota yard. The boat was built in 1982 and is one of five identical hulls, each finished depending on the detail required by its owner. The batten-seam hulls were framed in Philippine mahogany with mahogany battens fastened into notches in the frames. The juniper or white cedar planks were screwed to the battens with the seams overlapping them. George likes this reinforced method which provides extra strength. The decks of my boat were originally teak but later covered in Dynel fabric set in epoxy.

Luzier boats are well designed, functional and long lasting. The boat was powered by a Crusader 454 which began to suffer from many years of operating in the hot Gulf waters and was recently replaced by a Marine Power engine. George has been building boats for eighty years and to say the least is a true artist.

I renamed my boat the Bayou Belle after a nineteenth century river boat which operated in my home state of Louisiana during the 19th century. The boat’s home port is now Boca Grande and we cruise in the waters from Sarasota to Naples but mostly in and around Charlotte Harbor. There are very good cruising waters around Boca Grande and many interesting places to see and we still find new ones to visit. I continue to be amazed that my boat is so well suited to the West coast waters in every way possible. And I attribute every aspect of its fine design and superior construction to its designer and builder, George Luzier, a true master of their trade.