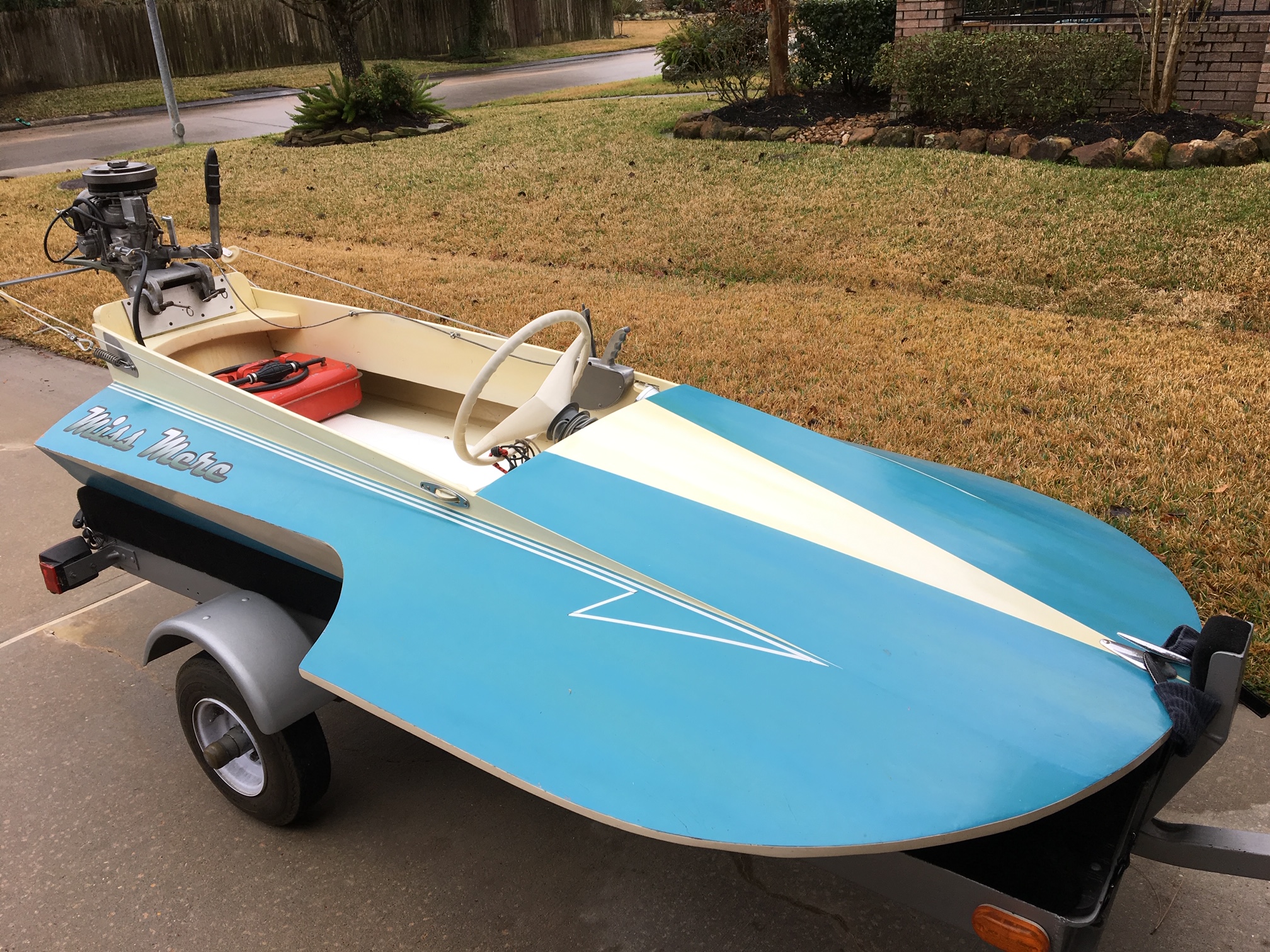 by Dion Johnson member of the Southwest chapter

Miss Merc was home built in 1972 from Glen-L ‘Tiny Titan’ boat plans. She is a three-point hydroplane just a tad over 8 feet long weighing about 65 pounds. The two sponsons provide stability, while the air cushion rushing under the tunnel provides a lifting force so that little if any of the transom is in contact with the water while the propeller digs in below. I powered her with a 1954ish “Frankenstein” hybrid motor marrying a Mercury MK 20 powerhead over the Wizard WJ-7 lower unit putting out a screaming 16+ hp. Kind of pressed for hull space, I modified a Sears 3 gallon gas tank, and use a “Footcush” as a knee pad to ease my 73 year-old joints.

The genesis of boat names is interesting to me. The idea for Miss Merc was borrowed from a 1957 Mercury outboard motor sales poster featuring a little red and yellow hydro named “Mr Merc”.

The judges liked her at the 2010 Keels and Wheels Concours D’Elegance at Seabrook, TX, awarding her the Silver Award in the Contemporary Outboard Class.

Glen-L is still going strong and still markets the boat plans for the Tiny Titan, even after all the 55 years since she was featured on the cover of Popular Mechanics magazine.

I am getting too heavy to get the speed I need from Miss Merc, so she could use a new home now. Offered by Dion Johnson of Kingwood, TX