I’m inviting ACBS members to join us in March for a great new series on wooden boats. Last summer, the Muskoka Steamship and Discovery Centre gathered some volunteers, including ACBS Toronto Chapter members, each with a helpful skill to go around the Muskoka Lakes to film the unique boats in the area and gather some stories.

We all learned a lot about the boats, the people, and how to film them. It was a project brought on by lockdowns and closures. The Discovery Centre needed a way to reach out beyond the walls of the facility.

With no budget, no professionals were used. We filmed many different types of boats with lots of stories from the captains. It was a wonderful summer hanging out with so many interesting people and our crew which were just the best. All in all, we are quite happy with the results. It’s a fun bunch of videos made up by a few folks just winging it. I hope all our ACBS members have time in March to watch them. 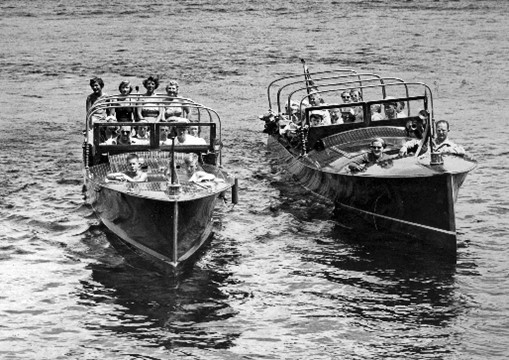 We talked to Captain Rick and Ed. This story is about a workboat from the 1930s. Wigwassan was a Lodge on Lake Rousseau. It was a place to visit in the summer with fresh air, sparkling waters to swim in, dinners, and dances, people came from far and wide to spend some time at the lodge.  The lodge however is on Tondern Island which means it needs boats to get back and forth. Big Ditchburn Launches were the boats of choice. Rick was one of those captains and purchased his in the 60’s from the lodge. He still owns it today. 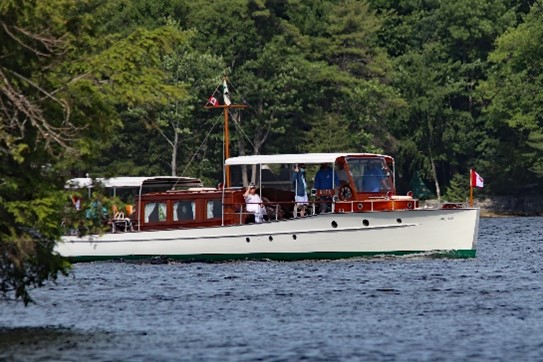 Rita was built-in 1914 by Burt Minett in the town of Bracebridge on Lake Muskoka. she is 50’ long, Due to her size she has lived in the same boathouse since new. Each owner that has purchased the boat not only got the boat, but the island her boathouse is on.

You need to register for the serious show at Webinars | Muskoka Steamships and Discovery Centre (realmuskoka.com)

But for a fun preview, below are two videos, one showing the people behind the scenes and some clips we did not use, the other is a few short clips from some of the stories.

Behind the Camera “Making the Muskoka Boat Stories” – YouTube