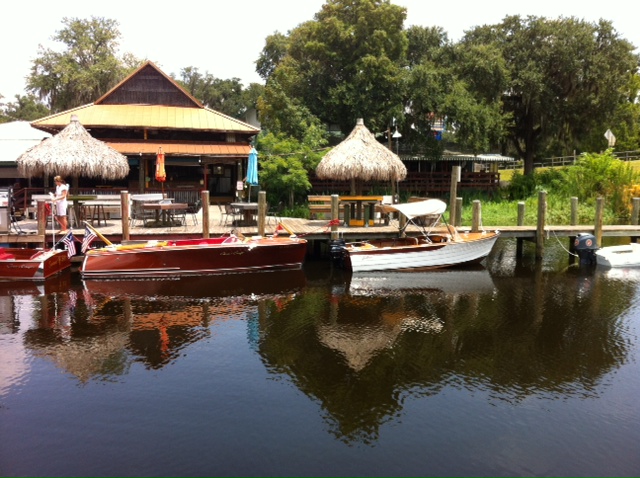 by Ed Arrington member of the Sunnyland chapter

I lived in New Bern from the 1st to 5th grade. My father knew the owners of Barbour Boats thru his affiliation with the local Chamber of Commerce and was one of the charter members of the Eastern Carolina Yacht Club along with RR Rivenbark, Mr. Barbour’s son-in-law and general manager of the company.

I always admired Barbour’s from seeing them in New Bern but after my father died when I was 11 yrs old that dream was put on hold. As a grown up I never gave it much thought and over the years living in Charleston I had many different boats including a Hatteras, a Bertram, a Carver and a couple of Chris-Crafts. It wasn’t until three years ago when I saw an ad on Craig’s list for a Barbour that my interest was rekindled.

I went to Greensboro to see the boat, a 1959 16-foot Silver Clipper Deluxe and was delighted that it was in such good shape. Even the original upholstery was included. And it had not been modified over the years so all that was needed was some deck and interior refinishing. It came with a sound trailer and a good running 1977 Mercury 50hp outboard. After the refinishing I was ready for a name and chose “First Love.” When my wife saw the name I had put on the transom she said “I thought I was your first love?” In keeping with my 30+ years in sales I quickly said “No dear you are my last love.” She still likes to tell that story.