My Other Love is a Classic Chris Craft 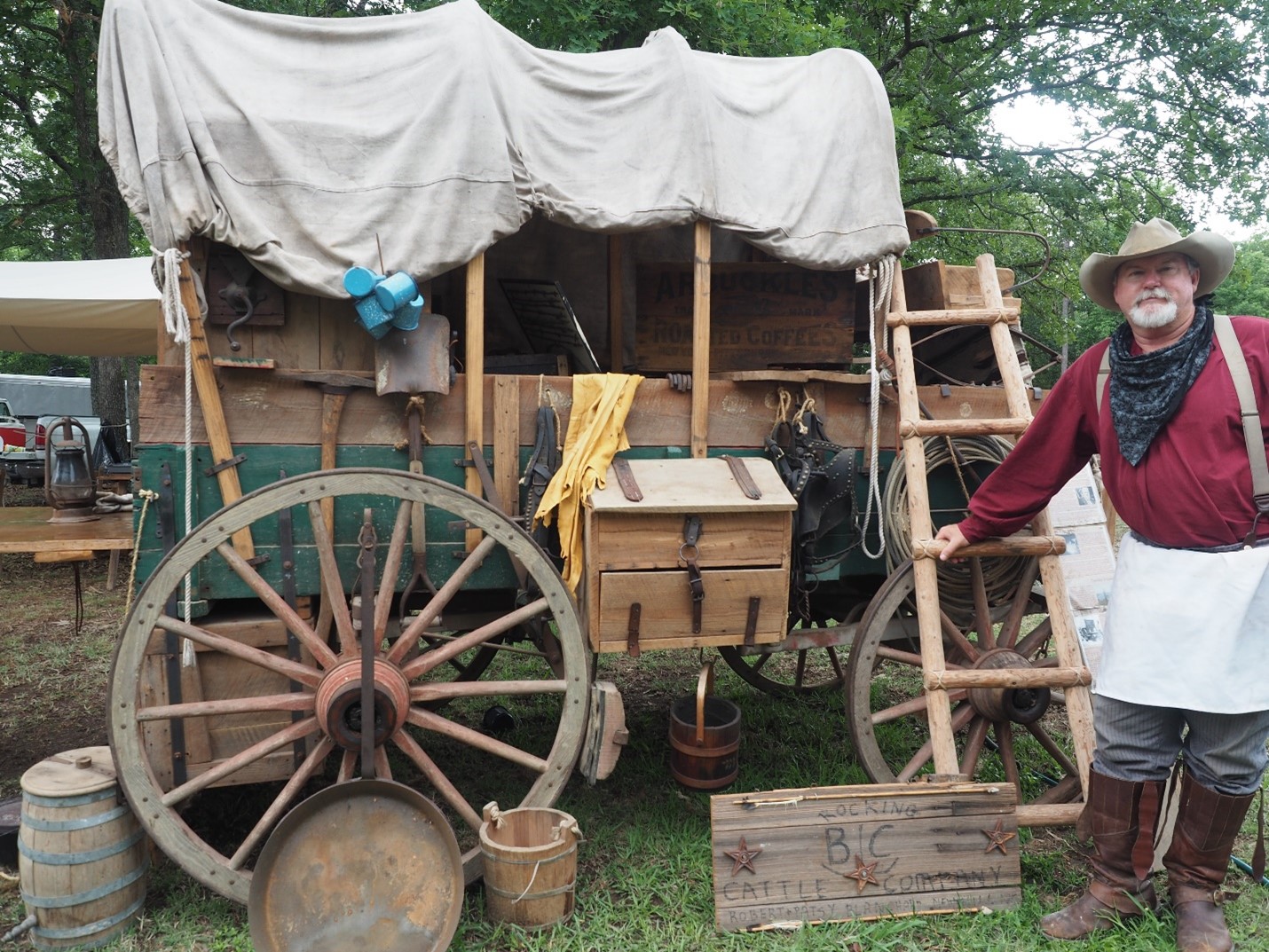 OK, we know you are scratching your head about now and saying, “What the heck is the picture of a chuck wagon doing on the ACBS blog?” Now this is going to be a little bit of a stretch, but bear with us here. This is a picture of Robert Blanchard, member of the North Carolina Coastal and Piedmont Chapter of ACBS taken on June 12, 2021 at the T-ville Vintage Power Show in Thomasville, NC.

If it wasn’t out of character, he could have a bumper sticker on the chuck wagon saying, “My other love is a classic Chris Craft!” Robert and his wife Patsy love history and all things old. Their homestead in New Hill is quite a sight to behold, but that’s another story. Robert actually owns two Chris Crafts, one is a classic 18-foot 1957 Sea Skiff named Lil’ Rascal that he bought from the Chapter President Alan Hills and the other is a 1959 classic 27-foot Constellation cabin cruiser named Mourning Wood. Below is the proof. 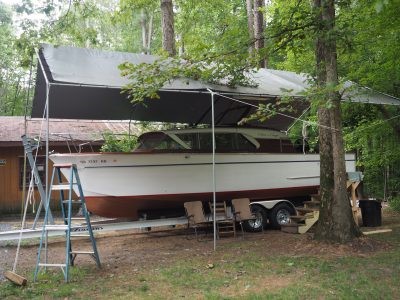 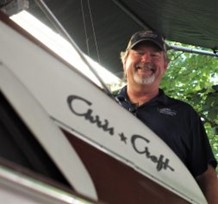 Robert was not the only ACBS Chapter member displaying antiques at this show. Chapter President Alan Hills (and his wife Judy) were showing their 1959 16-foot Barbour Silver Clipper—Clippin’ Along, Board member Bill Conley (and his wife Sharon) were showing their 1952 17-foot Chris Craft Special Runabout—Blue Tango, Board member Jim Alexander was showing his 1957 14-foot Cadillac Custom, and member Joe Peacos was showing his 1949 classic Barbour 14-foot Utility. Below is a photo. We had three other members stop by to see the show (Michael Tripplet, Dan Bixler, and Jared Smith).

The T-Ville Vintage Power show organizers reached out to our chapter inviting us to display our boats. The thinking was that the people who attend these shows love all things old, and they weren’t wrong. Mostly on display were antique motors and tractors with a showing of Studebakers and old trucks as well as all things of a bygone era. The boats fit right in and we had a lot of people stop to chat. They told us stories of boating with their families when they were kids and reminisced about the happiness they experienced on the water.

So, we encourage you not to pass up an opportunity to be in a show that is not strictly boats. It was a lot of fun and we believe we may have gained a new member or two.

P.S. Did you know that the cowboy song “Bury Me Not on the Lone Prairie” is one of the most famous cowboy ballads of all time, but it was originally a sea shanty written by Edwin Hubbell Chapin? So, there is a connection between cowboys and sailors!