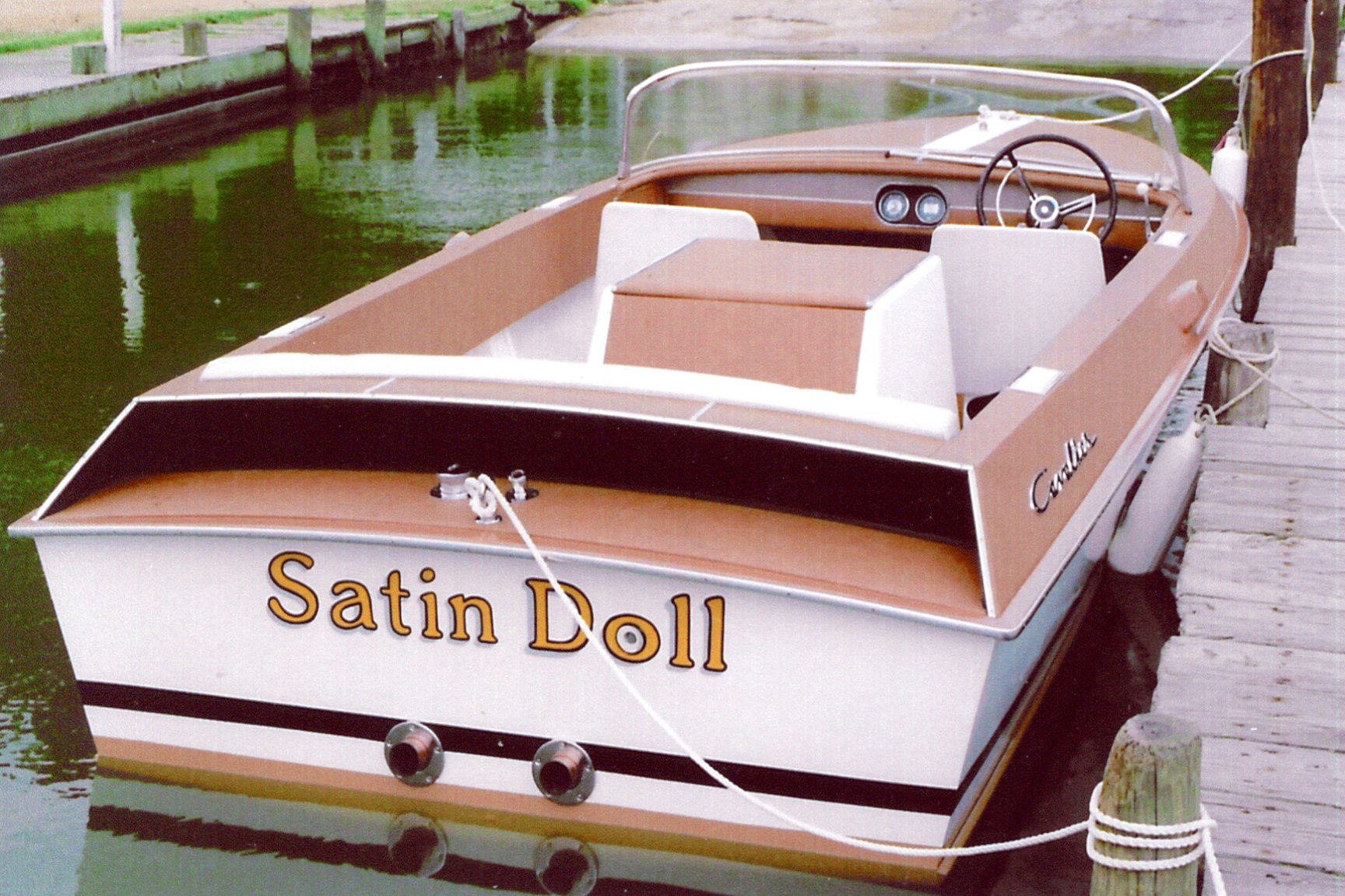 I became acquainted with Chris-Craft boats at the very early age of eight years old in 1948. My parents and I would go on vacation to Colonial Beach, Virginia, where you could ride in a triple cockpit mahogany Chris-Craft boat for just 5O¢. What a bargain!! That experience remained in my mind for years to come. 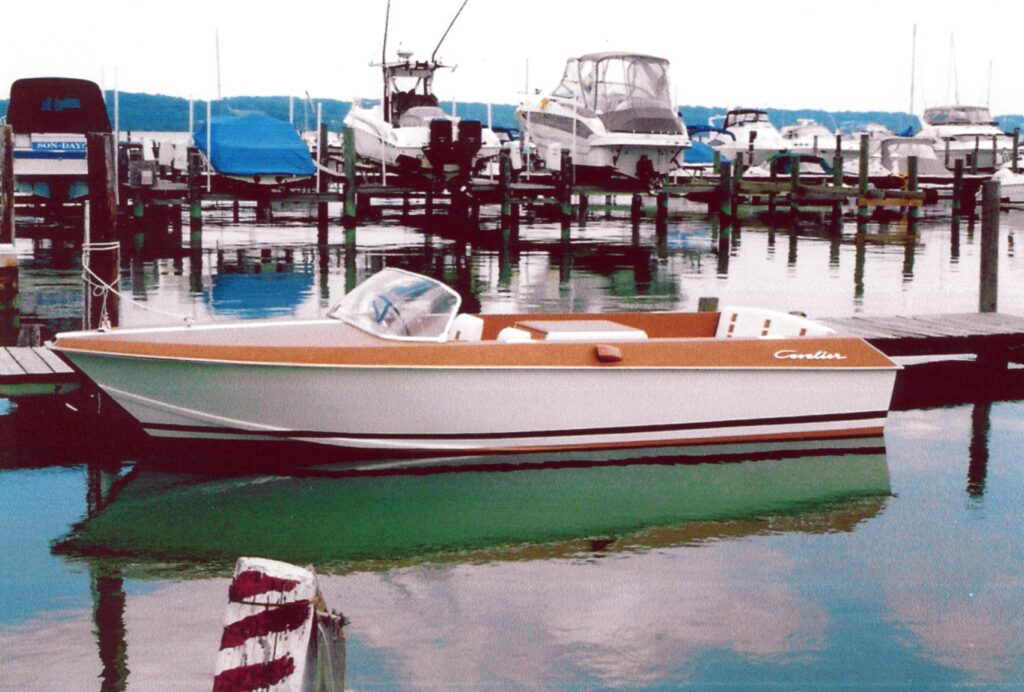 It wasn’t until 1962 when I bought my 1st boat. It was a 22ft. Trojan cuddy cabin with a four cylinder Grey Marine engine. It fulfilled my needs for a while, but wasn’t fast enough for water skiing, which I was learning to do on a friend’s speed boat. His boat happened to be a 1963 Chris-Craft Golden Arrow Cavalier with a 283 Chevrolet engine. I was impressed with the power of his boat and enabled me to become an avid slalom skier. He knew I wanted to upgrade to a faster boat for skiing and informed me about a 1964 Chris-Craft Golden Arrow Cavalier for sale at Washington Marine Center in Washington, DC. I purchased the boat for $3,600.00 and it became my pride and joy for eight years before I sold it. 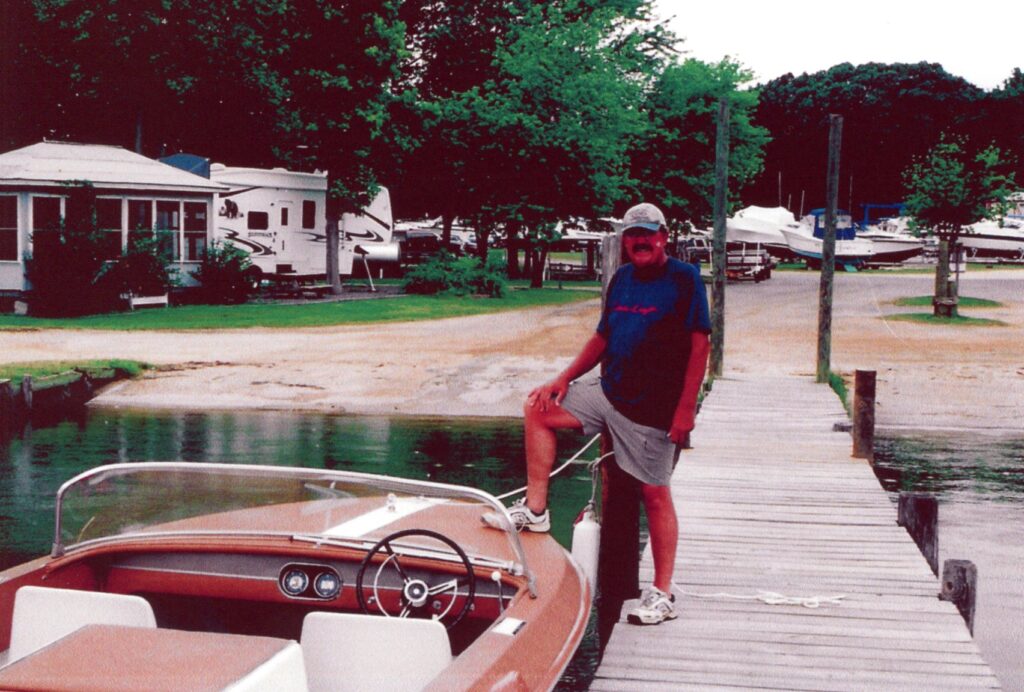 Fast forward about twenty years and this story gets interesting. Somewhere around the early 90’s, I realized what a mistake it was to have sold my old Chris-Craft and decided to try and locate it again with hoping to retrieve it. Well for years I searched records and the internet with no results. After realizing that wasn’t going to happen I decided to search for another one. Through online searching, I finally found one for sale in Angola, Indiana, for $4,500.00 including a 1964 trailer. I purchased it and brought it back to Maryland where I was living at the time. It was in bad shape and hadn’t seen the water in 40 years.

The pictures I have provided here are this boat which took me 6 years to completely restore in 2006. During these 6 years of restoration, it brought back so many memories of my first Golden Arrow, the streamline look, the smell of the vinyl covering, and the sound of the 327 Chevrolet engine. 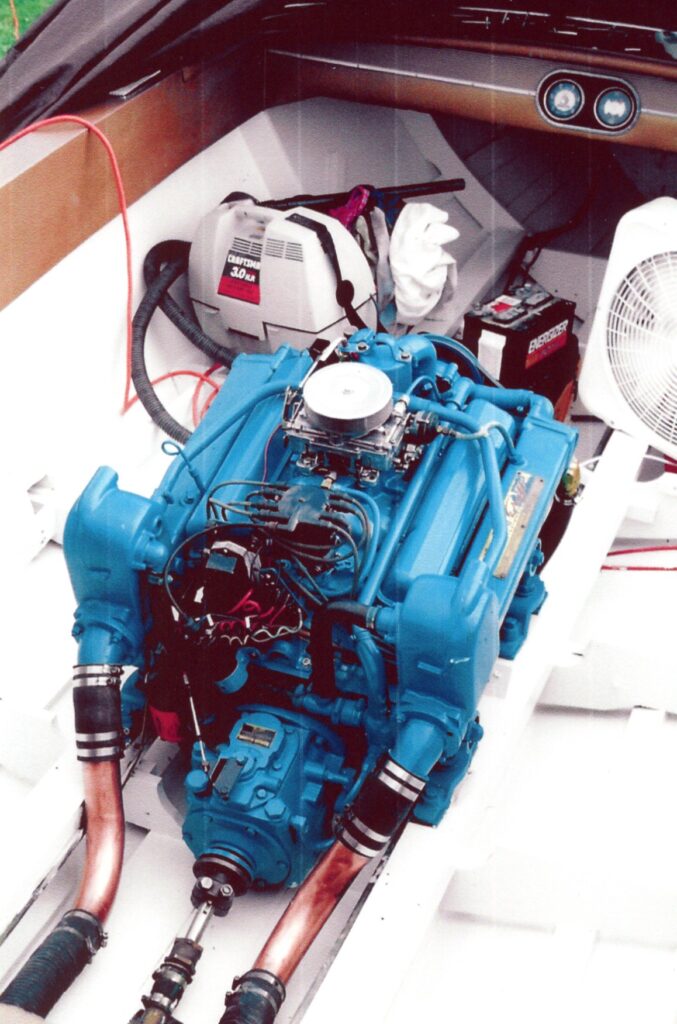 Only 50 of these Golden Arrows were made in 1964 and I have owned two of them. The haul ID numbers are only 8 digits apart which means both boats could have been in the Michigan Chris-Craft factory at the same time. If you’re wondering about the name, well she’s truly a real Satin Doll, don’t you think. 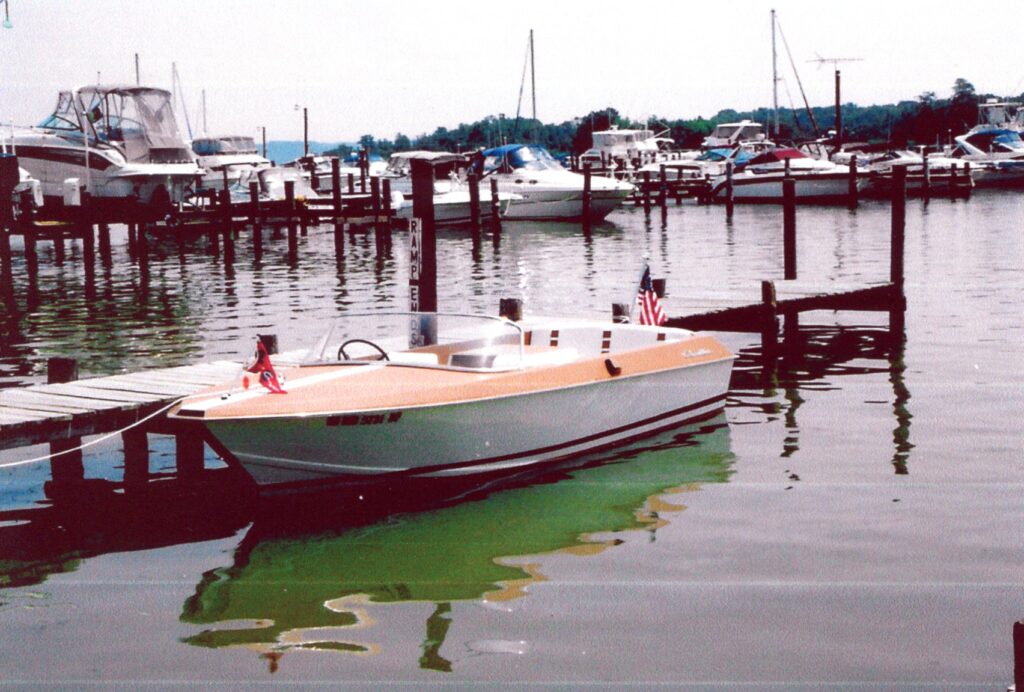