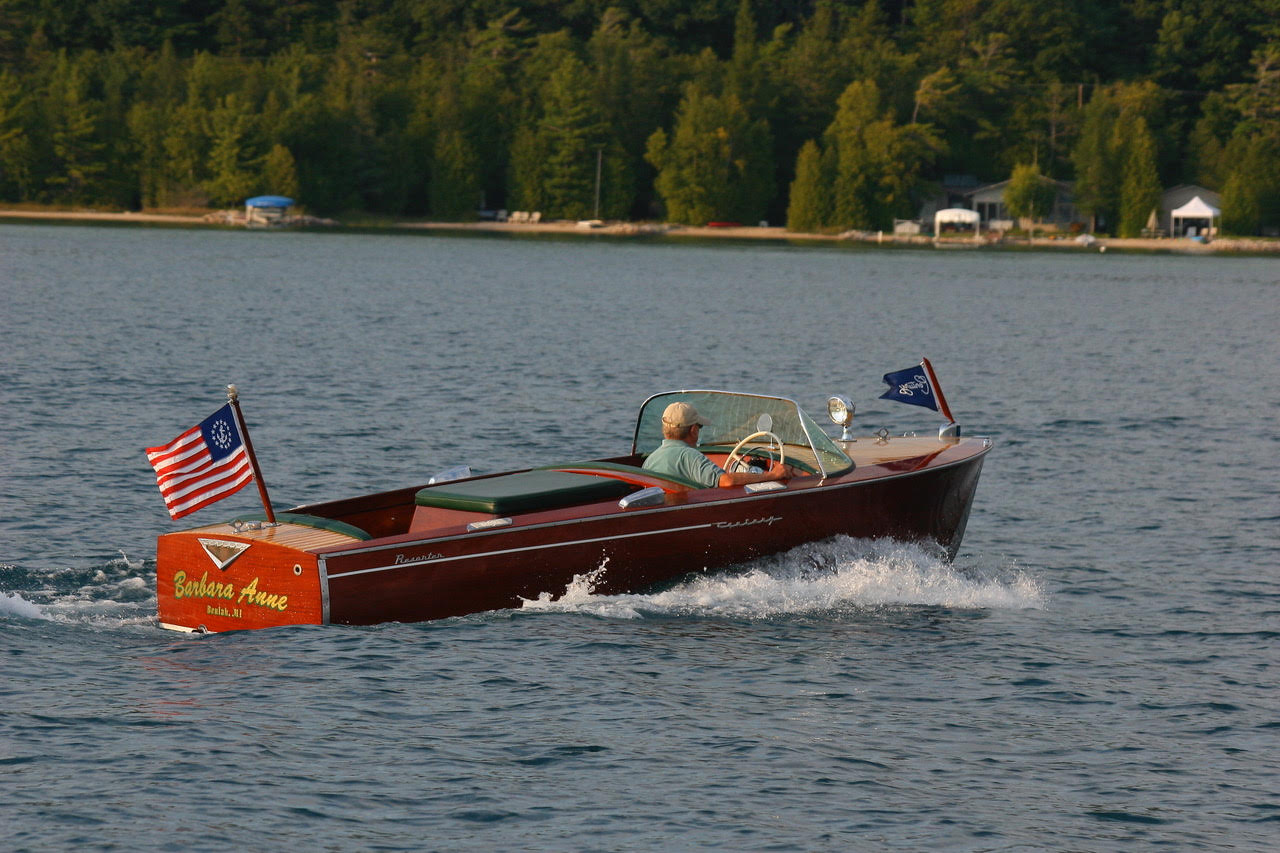 Ned and Barbara Edwards live in North Shore of Crystal Lake, near Beulah, MI. They have been members of ACBS and Water Wonderland for ten years. Currently they own a 1957 16′ Century Resorter, built in Manistee, MI the same month they were married in Benzonia (August 1956). Ned says they purchased the boat as a 50th wedding anniversary present to each other and had it totally restored by member Gary Hutchens. It has won two Best Century Awards at the Boats on the Boardwalk. When talking about a dream boat a 1948-52 Century Sea Maid comes to mind.

Great people to work with and having fun are their favorite parts of belonging to the Water Wonderland Chapter.

Choosing a favorite place to go boating would be where Barbara grew up and Ned summered every year of his life, Crystal Lake. They met when working at the Cherry Hut in Beulah in 1952.

When asked why do you love antique and classic boats. Ned replied “Nostalgia and memories of these boats as a child, along with their unique beauty and craftsmanship. My Mother told me that when I was two I called them “car-boats”.”

Thank you Ned and Barbara for being such outstanding members of ACBS and the Water Wonderland Chapter.