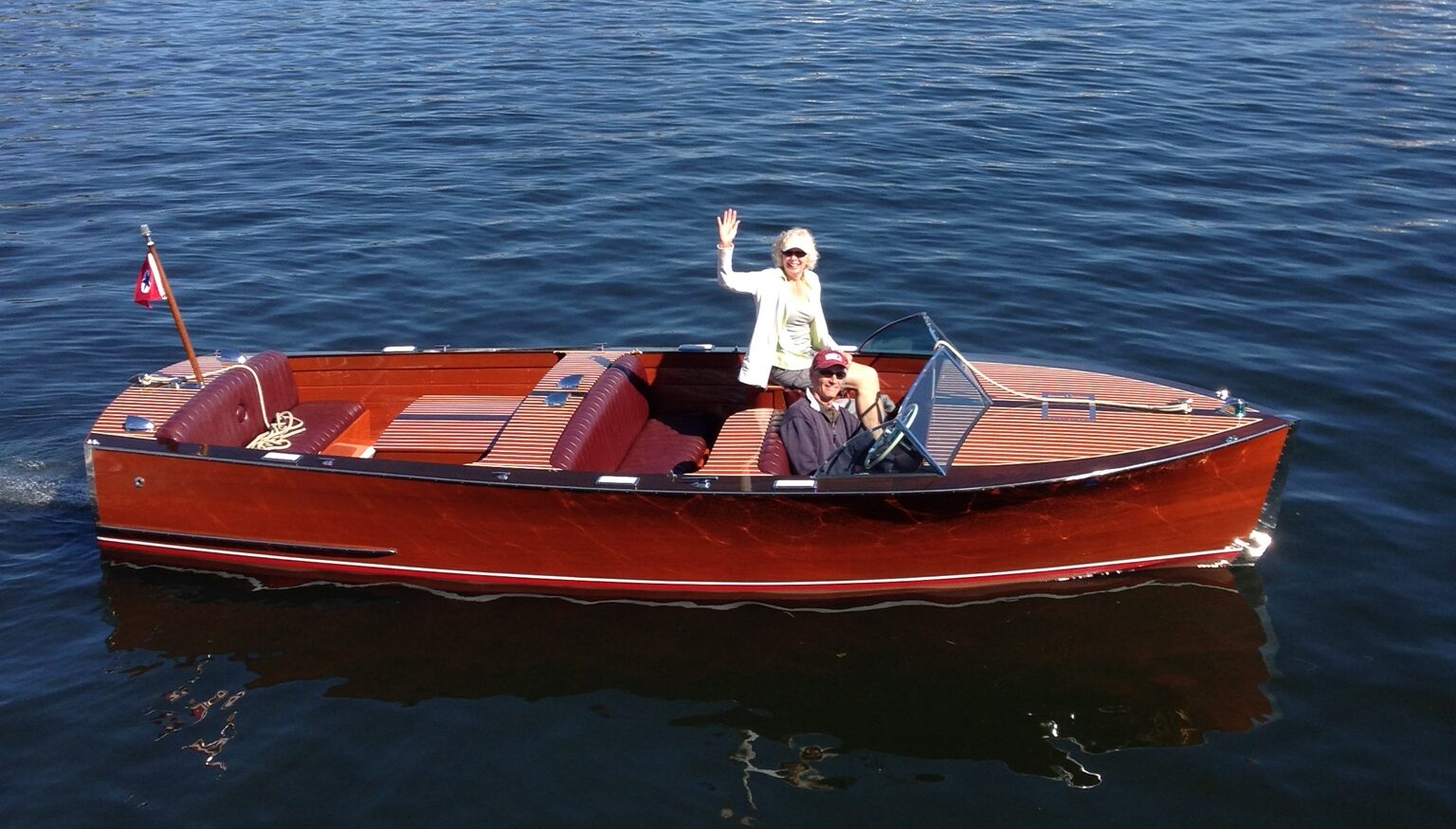 by David Berett member of the Pacific Northwest chapter

My 1941 Chris-Craft started its life as a 22’ Utility. I found it sitting outside on a forested bluff overlooking Puget Sound in La Conner, WA in 1980. The original wood top had been cut off with a chainsaw and was laying over the engine box, which contained a chunk of rust that had been previously known as a Graymarine 6-cyliner engine. It was evident that there had been considerable salt-water exposure. During the next 7 years Nemesis sat in a warehouse while I restored and modified her on evenings and weekends. My mantra was: do something every day, no matter how small. I wanted a Runabout, and didn’t care much about strict originality or the having the boat as a ‘trailer queen’ that went to boat shows. I intended to use the boat.

Nemesis was completely re-decked, the transom rebuilt, and the original bottom re-fastened. In this process, wing-style glove-boxes were added behind the front seat, an arch & second bench seat were added, and the engine box re-decked / integrated with the arch in the Chris Craft style. The toe-rail was removed, the stem cut to flush, new cutwater made, and a hatch cover on the foredeck was added. A Bimini top was built along with the full waterline cover and new upholstery. Step pads and windscreen are from later years, but fit with the look I was going for. She was repowered with a Chrysler 318, and the original (unusual) rear-steering station was retained.

In the Pacific NW we celebrate ‘Opening Day’ of the boating season the first weekend in May. During the 80’s my friends would ask every year if the boat was going to be ready for Opening Day. I’d hang my head and tell them there was still more to do. Finally, with generous help from the Marine Servicenter owners on Lake Union, a launch party was held Opening Day weekend of 1987.

Nemesis was used extensively through 1991 until we relocated to the UK. She sat for 20 years until she was again refinished and repowered again by a Ford 351, by Alan Thomle in 2011. She currently lies in Lake Washington.