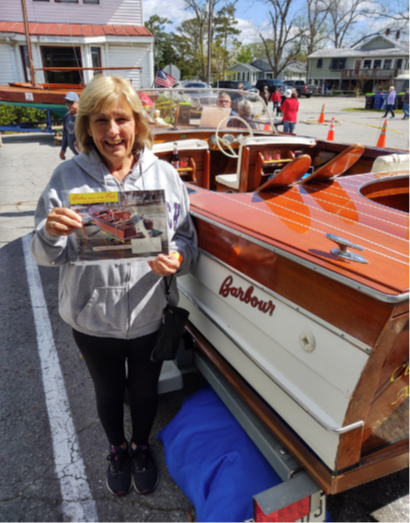 Alan Hills, who lives in New Bern, NC is the VP of the North Carolina Coastal and Piedmont ACBS Chapter.  In April he was showing his Barbour Silver Clipper boat which was built in New Bern, NC at a local show in Oriental which is near New Bern.  A woman, Patty Douglas, came up and said, “My dad used to be a supervisor at Barbour Boats and I was featured in the sales brochure when I was three—along with my sister who was five at the time.” Alan showed her a copy of the sales brochure and she pointed out herself and her sister. Patty is pictured in the photo above with the boat and the brochure.  How cool is that!