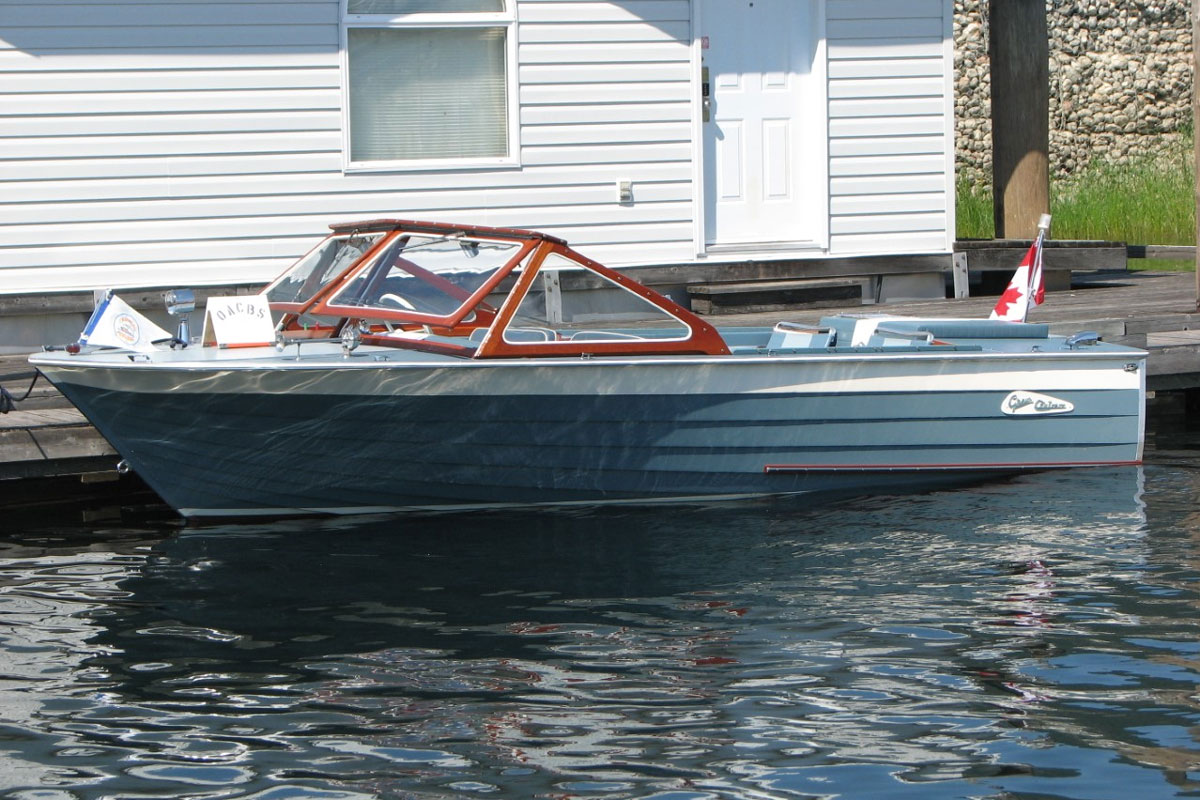 Okanagan Chapter the Most Original Award to “Route 66”.

“Route 66” is an 18’ Grew Cruiser runabout. She was built in Penetanguishene Ontario and was purchased by my Dad in April, 1966. The name is derived from that year.

My Dad purchased her from Avenue Road Marine in Toronto, picked her up at the factory and motored through the locks at Port Severn, over the Marine railway at the Big Chute and up the Severn River to the cottage.

She lived on the Severn and was well looked after under the watchful eye of my Dad. She was always kept in the boathouse and put away in the winter with meticulous attention to the engine and the cooling system. She was also well used to pull skiers and take guests on tours.

My family moved to Kelowna in 1992 and when Dad was no longer able to use the cottage, it was sold to my cousin. It was then decided that the Grew’s new home should be Kelowna. She was moved here in 1997.

I did not know there was an association dedicated to the use and enjoyment of antique & classic boats until we met a few members here in Kelowna. It did not take long to get involved and enjoy the fellowship of like minded boaters.

Route 66 is basically all original with the exception of upholstery on the main seat, a piece of carpet in the mid section and a few short pieces of planking near the stern on both the Port & Starboard sides.

I gave the hull and the windshield a complete scrape and re-do 10 years ago and she looks pretty good for an old girl. I know my Dad would love to see her in this condition as she was looking a little sad. He was very fond of his boat and was very keen to get her back in the water every May long weekend.

It is fun to share the stories with interested folk at our shows and we always meet someone who has had the same experience with a “family” owned boat. 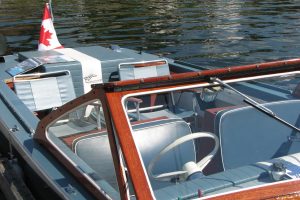