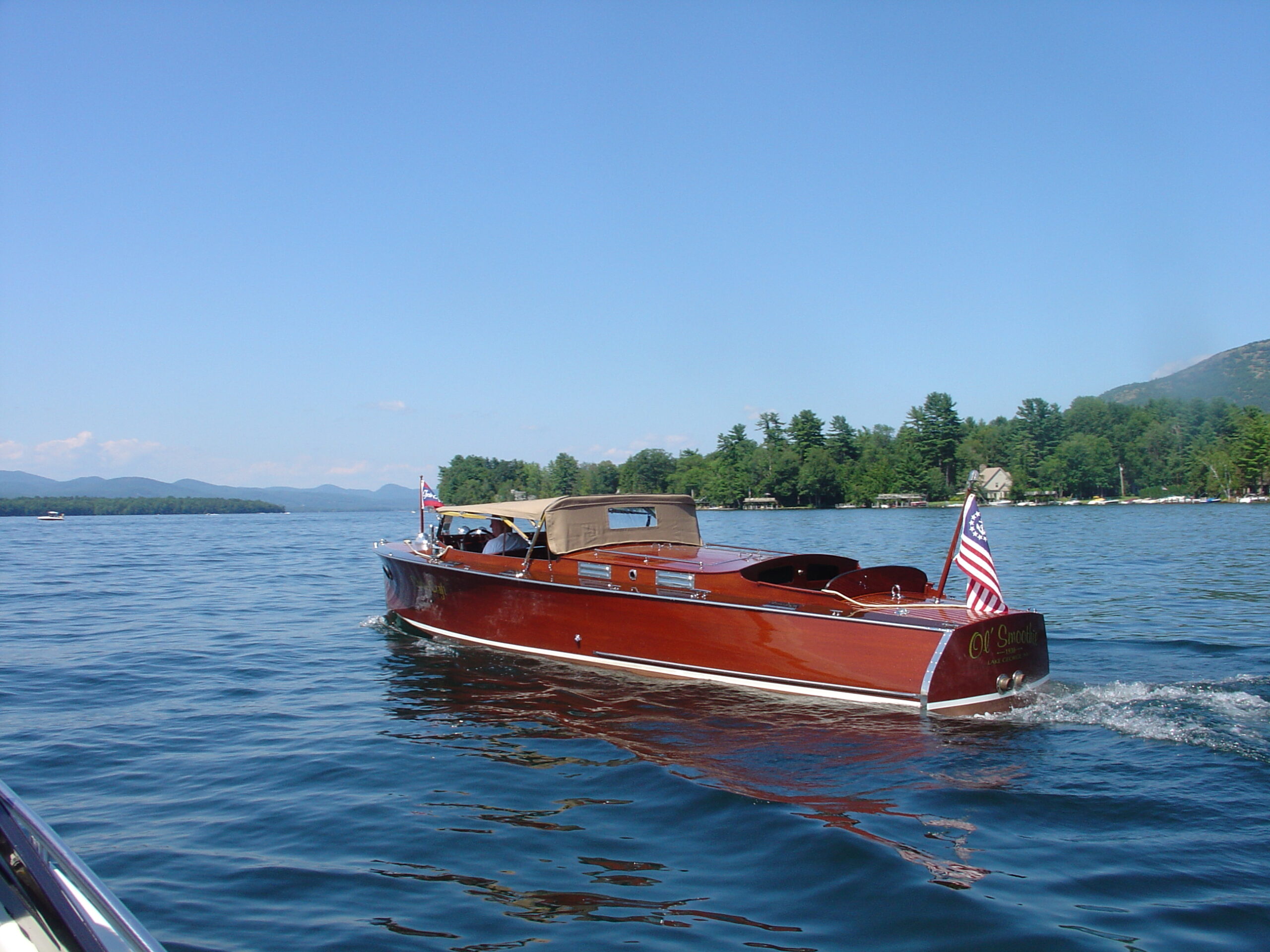 In the early 1940’s she was sold to Henry Wright who named her “ Adaleda” after his two daughters. He owned her until his death in 1995. We purchased the boat from Mr. Wright’s Family in 2002.

When we bought the boat much of the original equipment including the Kroh top was gone and part of the enjoyment we had was searching for and finding all the fittings that were missing. Fish Brothers replicated the Kroh top. An interesting part of the project came when a decision needed to be made for the color of the upholstery. Before restoration it was red leather and Joanie wanted a pale green. She was told it wasn’t original but she insisted, when the layers of upholstery were removed, lo and behold the original was the exact pale green leather. A woman’s intuition once again carried the day.

The boat has never left Lake George in it’s 91 years and seems to remember every twist and turn as we have the pleasure of riding almost daily. A complete restoration was performed by Fish Brothers in the Spring of 2004 and she was renamed “Ol’ Smoothie.”