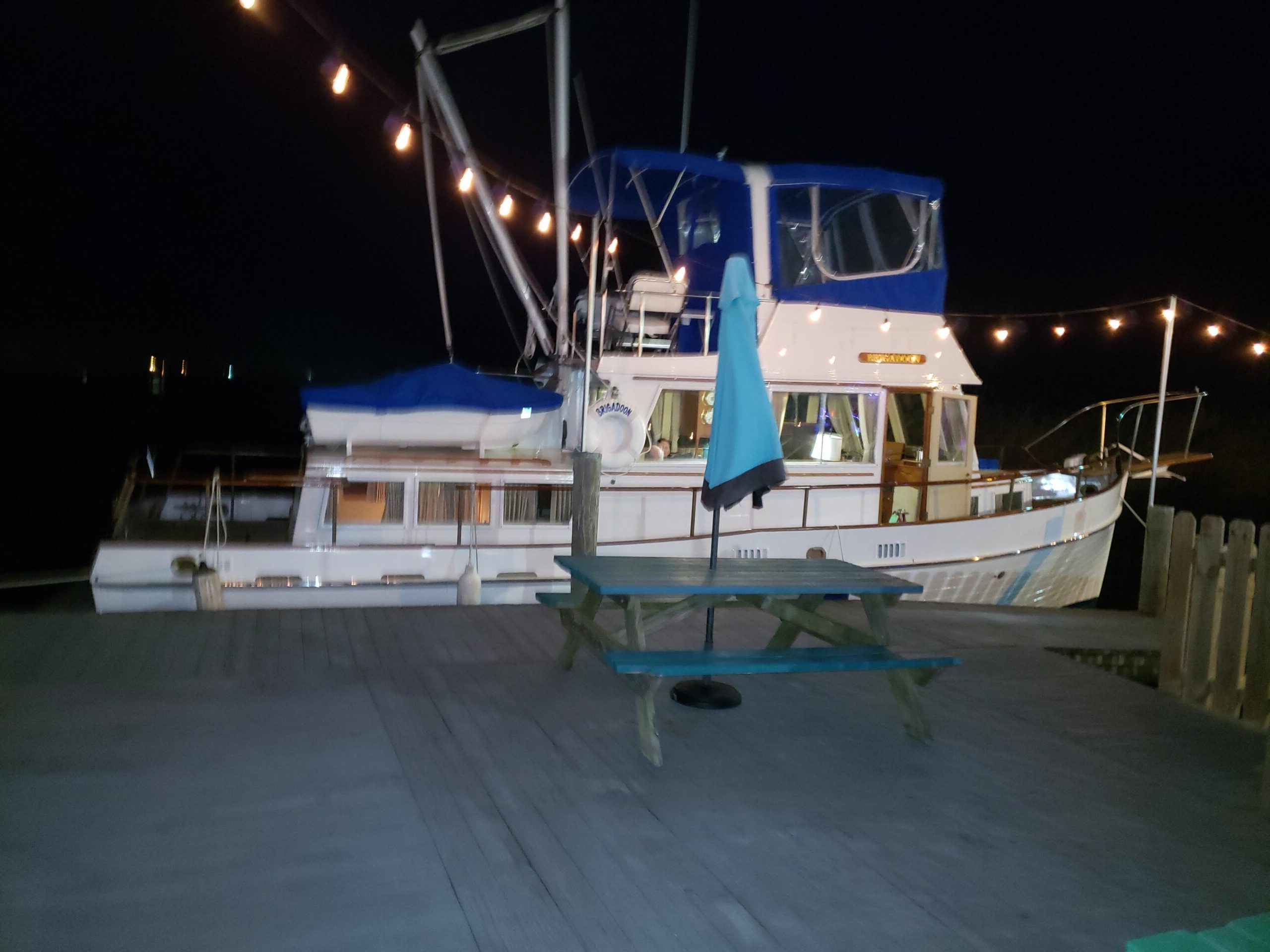 I’ve always had a passion for vintage wooden boats, especially the “lake boats” I remembered from the 50’s. I restored my first runabout, a 1955 Chris-Craft Capri, that took first place awards at Lake Arrowhead, Lake Tahoe and most recently the Lake Pontchartrain wooden boat festival in Madisonville, Louisiana. This particular event features mostly larger boats such as trawlers and other styles of vintage sea going crafts ranging from the 1920’s to the early 1970’s. I developed interest in Grand Banks trawlers after attending this show several times.

Cruising the Chris-Craft in and around Madisonville marinas I found what I still consider the perfect Grand Banks for restoration. This was 5 years ago. It’s a 1971 Grand Banks Classic that spent most of its days in a covered slip. An out-of-the-water survey revealed a nearly perfect hull completely devoid of rot and almost no water in the bilge. A new Cummins 270 hp turbo with only 500 hours had recently been installed along with a completely rebuilt Northern Lights generator. I upgraded the electrical and climate systems and got everything else in tip top shape. I then had the hull and pilot house sanded to virgin wood and sprayed with All-Grip. The paint was rubbed out to resemble the finish of an auto. I designed a complete enclosure for the fly bridge and have used it regularly since. I usually spend 2 nights a week aboard even if I don’t take it out. It’s like having a condo on the water and costs very little to run it all day.