Out of a Job, but not out of Work 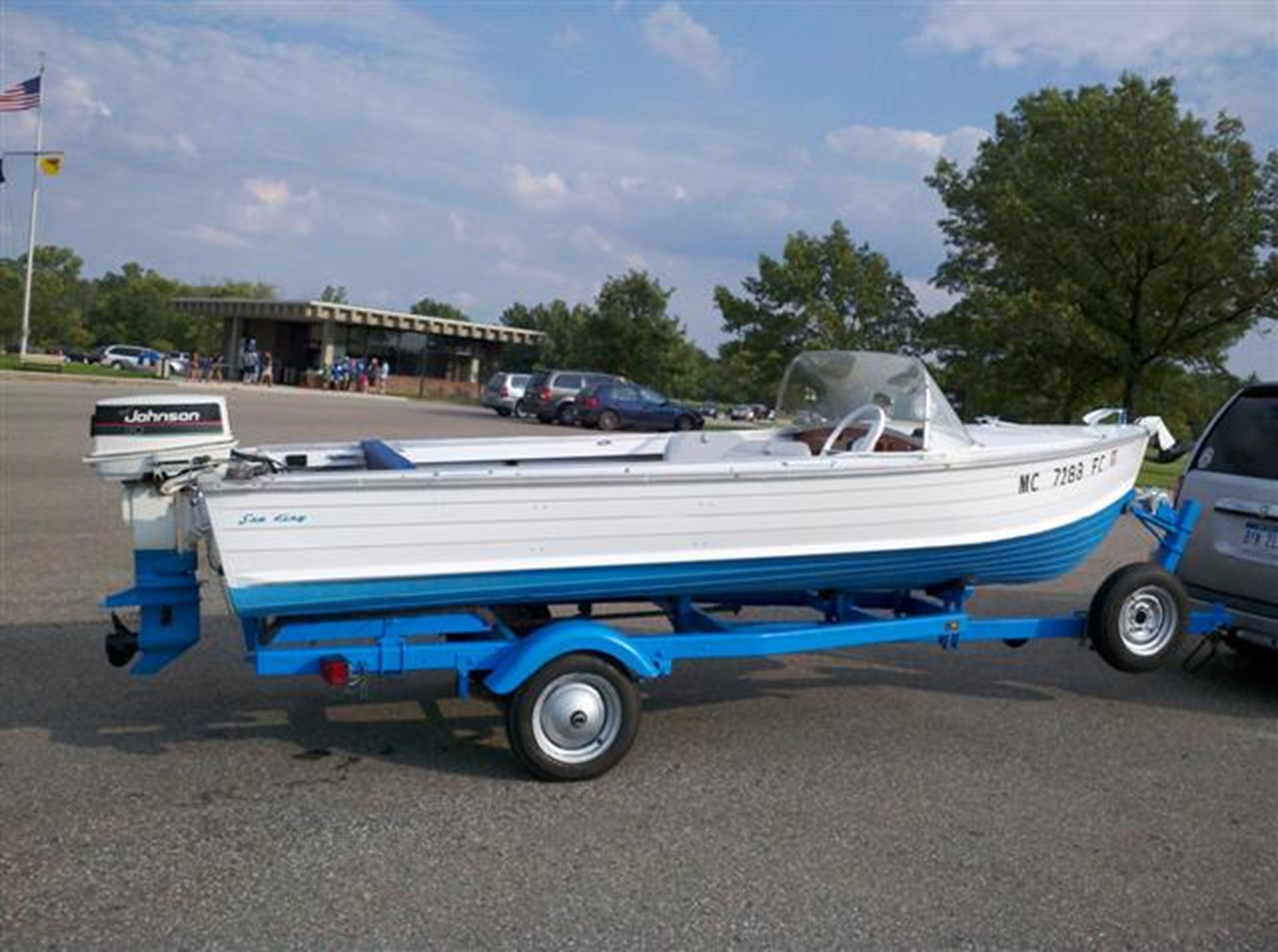 Shortly after our first child was born in 1981, my wife and I decided it’d be a whole lot easier to go camping if we had a trailer to load up all our supplies. Mentioning that to one of my old college roommates, he remarked how his family used to fill their 15-foot aluminum fishing boat and haul it to their favorite vacation spot-Milakokia Lake in Michigan’s Upper Peninsula. Jim offered to ask his Dad if he was interested in selling the old boat, and I happily acquired boat, motor and trailer for a whopping $400. 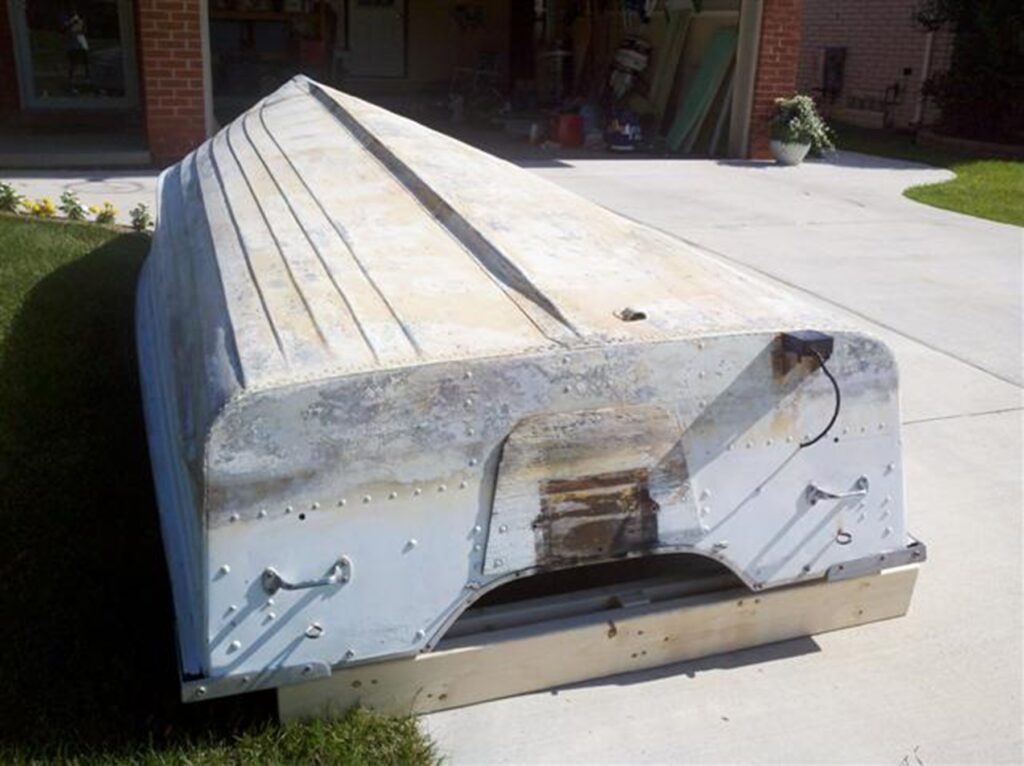 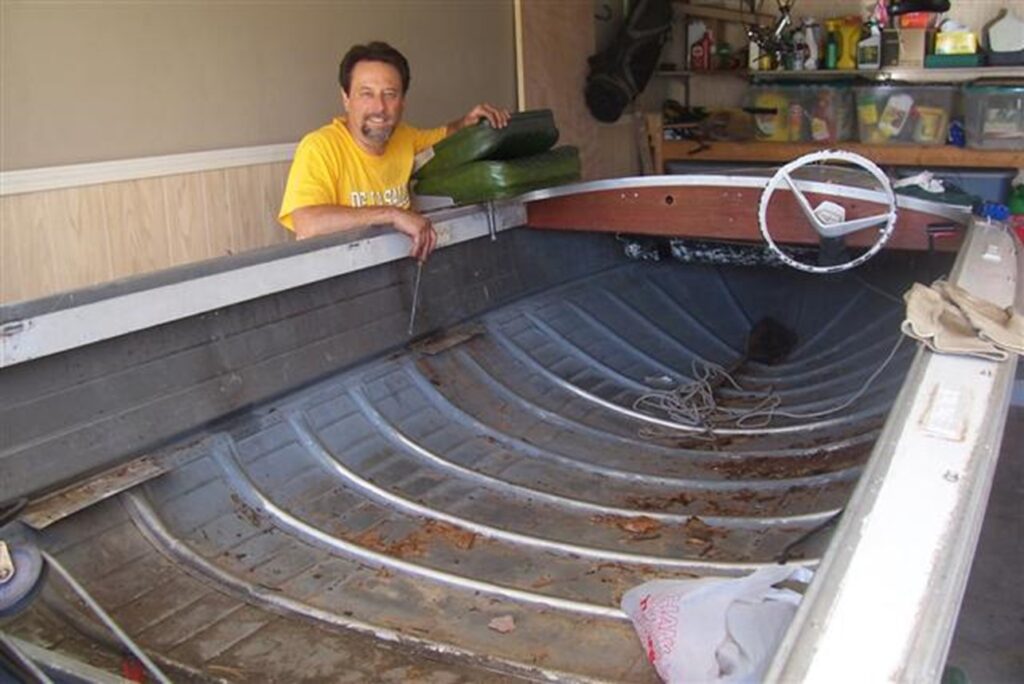 I always thought it was a 1964 Montgomery Wards Sea King, but preparing this article caused me to contact Jim and learned it’s actually a 1962: “Dad bought the boat in early 1962, from Montgomery Wards on Seven Mile in Detroit. About $400, behind a fence in the storage yard, uncovered, with snow on it. Bought a Pamco trailer and 28 horse Evinrude for another $600. He hooked up motor and steering cables in the garage, and we have 8mm film of hand painting the hull numbers. First summer up north in 1962, we put tent in the boat, took the windshield off for traveling, and went to the UP!”

Since purchasing the boat, my family expanded to include 3 sons and a daughter. In 1986, we bought a cabin on a small lake in northern Michigan and primarily enjoy the boat there. I had to replace the old Evinrude, but otherwise never put a dime into it. Then, in 2011, I lost my job and found myself 58 years old and quite frustrated with newfound early retirement. My daughter suggested we restore the old boat. Sounding like just the diversion I needed, we stripped her to the hull, cleaned off 50 years of dirt and grease, flipped her over and painted it inside and out, replaced seats, polished up every bit of chrome, refinished the wooden dashboard, painted the trailer, repacked the wheel bearings, tuned up engine, and put new numbers on. Not back to ‘original’ by any means, but it was a fun father/daughter project and a great idea to get me out of unemployment doldrums. The boat is still a family treasure and will become Rachel’s when I’m not around or able to care for it. 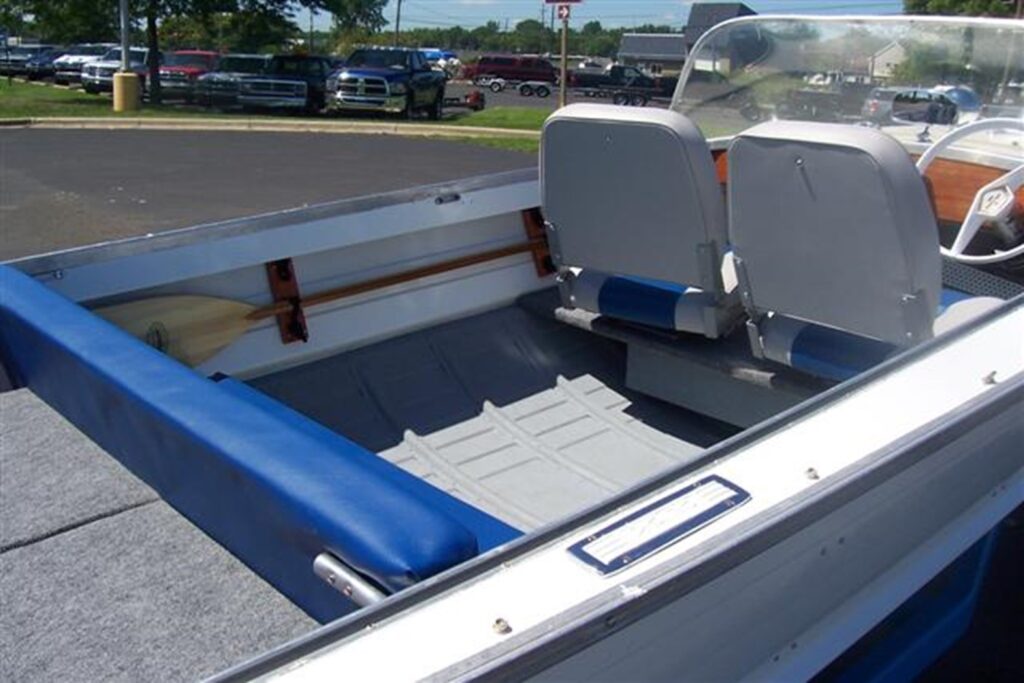 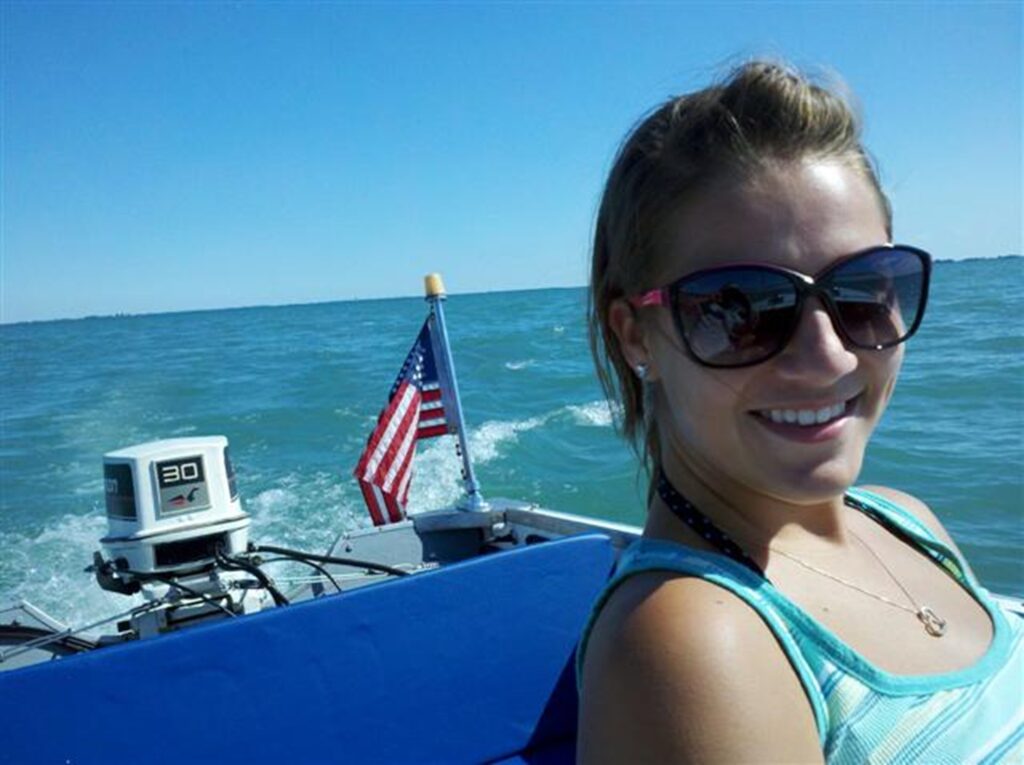