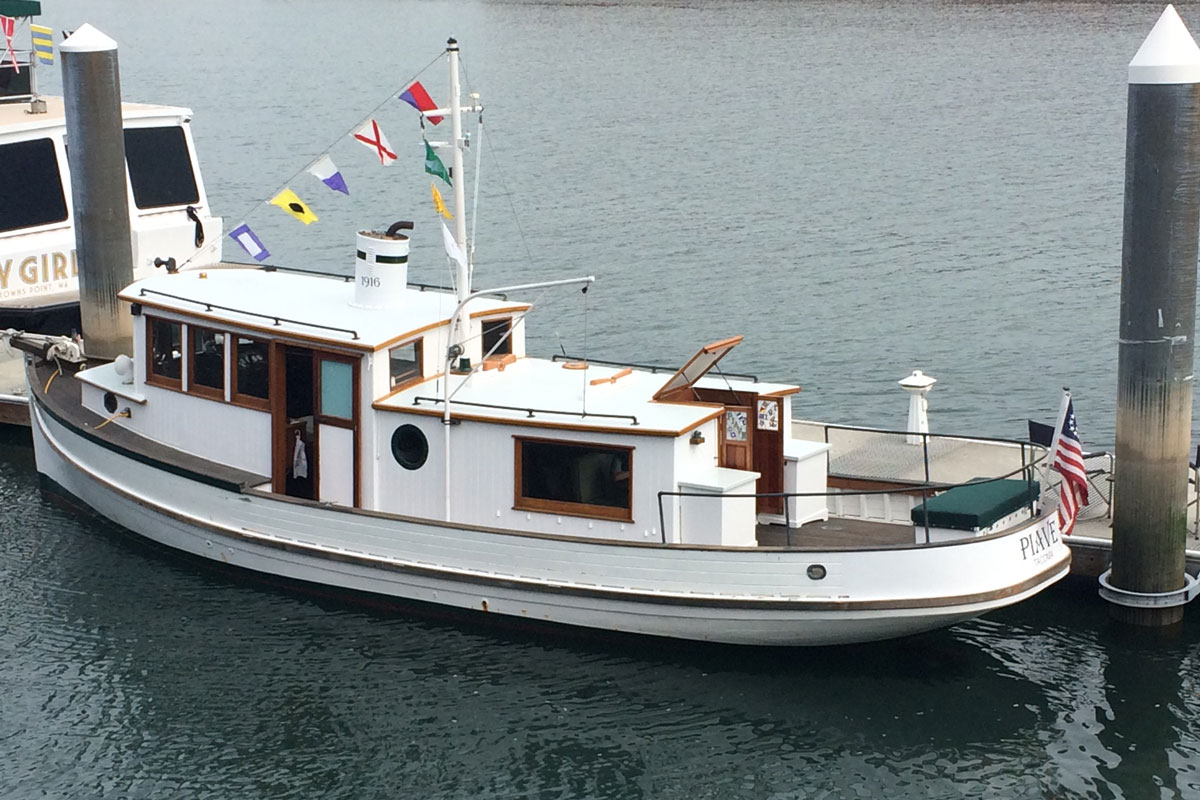 Over 100 years old, Piave is an historic vessel.

The ACBS historic age classification for boats is any boat built before 1919.  Piave celebrated her 100th birthday in 2016 by being the honored guest at the party thrown by her owners Jim and Angela Gow, who are members of the Pacific Northwest Chapter of ACBS.

Piave is a 38 foot trawler powered by a Caterpillar 4 cylinder 50 hp engine.  Here is the information provided to ACBS from her present owners: 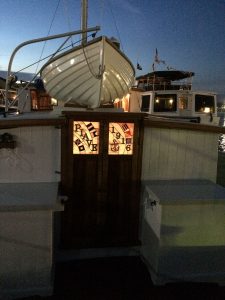 The 100th Birthday celebration party in August was held at the Foss Seaport Museum in Tacoma.

Piave was moored adjacent to the party and open for our visitors to enjoy. We had a couple of displays of photos of the boat and of the people who have enjoyed her. Approximately 100 of our friends and family joined in the fun.

HISTORY:  Piave, a 38′ fantail motor launch, was originally built in 1916 in San Francisco by two Italian fishermen from the Piave River Valley in Italy. The fishermen fished for abalone out of Santa Barbara for the next 50 years on Piave.

In the 1960s she was sold to a writer from the San Juan Islands, 10 years later she had a fire at the West Sound Marina on Orcas Island and sunk. A San Juan Island doctor resurrected the burned vessel and had her rebuilt under the direction of marine architect Heine Gott. The original hull was salvageable but the decks, wheelhouse, and salon were newly constructed. Piave spent the next ten years on Orcas Island under ownership of the Exton family and later the Cottrell family.

Piave was purchased in 1987 by Doug Jones, an Anacortes carpenter who used her as his place of residence while building and remodeling houses throughout the San Juan Islands. In 1988 Dick and Joan Deyoe from Olympia purchased the boat and spent 16 years enjoying Piave with their family.

In 2004, Jim and Angela Gow set out to find a wooden boat. They came across a boat that seemed familiar to Jim. He soon realized why the Piave looked familiar, he had been aboard as a child when the Extons, family friends of his grandparents, owned the boat. After making the connection, there was no question this was the boat they were destined to own.

The Gows have undertaken several large restoration projects as well as regular maintenance and are happy to be the current caretakers as this historic vessel turns 100 years old. 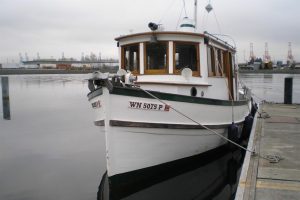