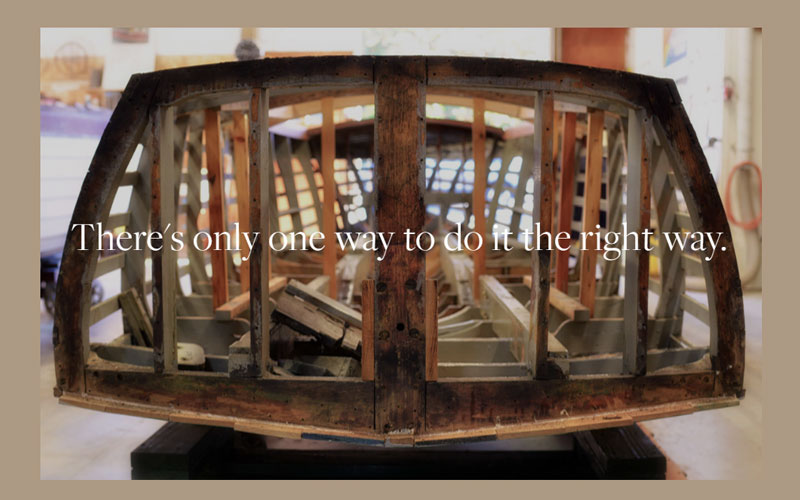 Mike Mayer is a restorer of pieces of art which are pieces of history.

Recently, a young crew led by Ross Reaume approached Mike about creating a promotional video for him and his business.  It was a learning process for the crew as they developed their craft and the results became a great video to share.  Mike says, “All I really did was let the kids in the door and they did the rest.”  When complimented on the video, Mike replied, “I’m happy to give you permission to use the video as you wish.  I’d love to think it can help support and maybe grow the ACBS even a little.”

There is a wonderful tribute to Mike’s father on the Lake Oswego Boat Company website.  Hank Mayer became an ACBS member in 1988 joining the Wine Country Chapter in New York.  Part of that tribute explains how Mike became a boat restorer:

By training, my father was a woodworker and an artist. So in the early 1980’s, it didn’t seem odd when he brought home a boat he’d purchased, so that we could work on restoring it together. It was an opportunity for a father to share time with his son, and over time, it became a gentle means of passing on his skill, his talent, and ultimately, his love of the craft. That special time with Hank (as he was known), sparked a passion in me that blossomed into a career, and has only grown stronger with time.

Do you have pictures that chronical the restoration of your boat?  Viewers of this ACBS website would learn from seeing those pictures and reading about the process.