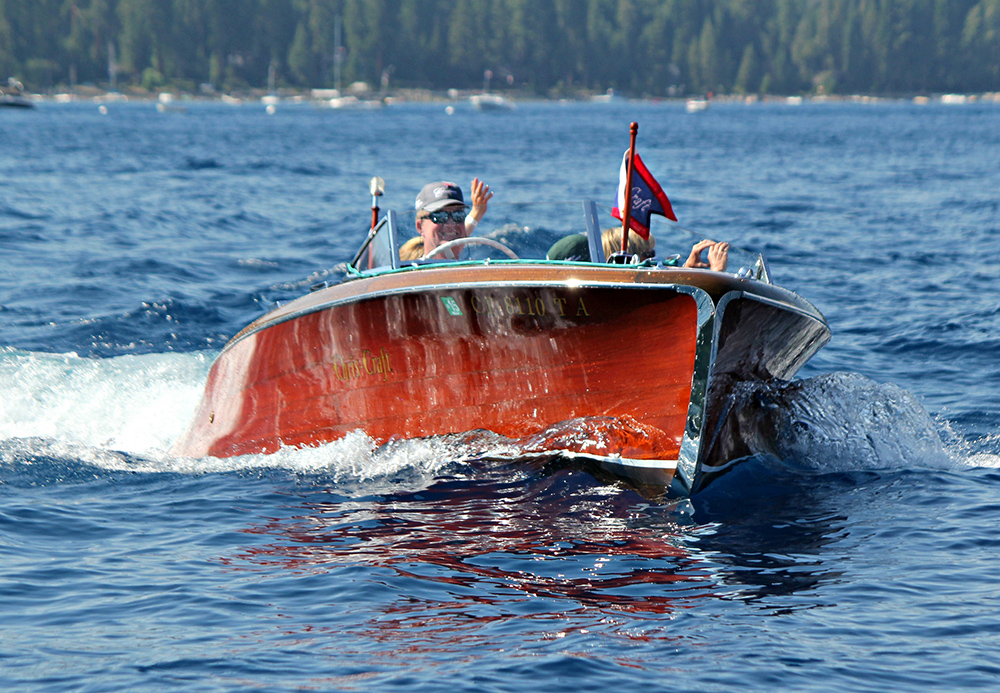 by Ken Slaght member of the Southern California chapter

Hull # 48904 was delivered to Seattle Washington in September 1942 and remained in the Pacific Northwest until her current owners purchased her in September 2001. Not much is known about her before her full restoration in 1997-1998. She was restored in Kilwona, British Columbia by Andrew Middleton of Middleton Boatworks. She was named “Morpheus” and won awards in several shows including the Seattle ACBS Marque Class in 1998.

Her current owner, RADM (ret) Ken Slaght and his wife Sue caught the antique boat fever while visiting Sierra Boat at Lake Tahoe. Sue grew up spending summers at her grandfather’s cabin on the lake and going out for rides in his 1950’s vintage Chris Craft Riviera named “Debel”. After Ken & Sue brought Hull # 48904 down to San Diego, they renamed her “Ol’ Glory” and she is the pride of the San Diego Yacht Club antique fleet.

“Ol Glory” has previously won Best Pre-War Double Cockpit and Best Chris Craft Awards at Lake Arrowhead. Ol’ Glory just finished her second restoration at Robinson’s Restoration in Fallbrook CA. and hopefully will be good to go for another 75 years!